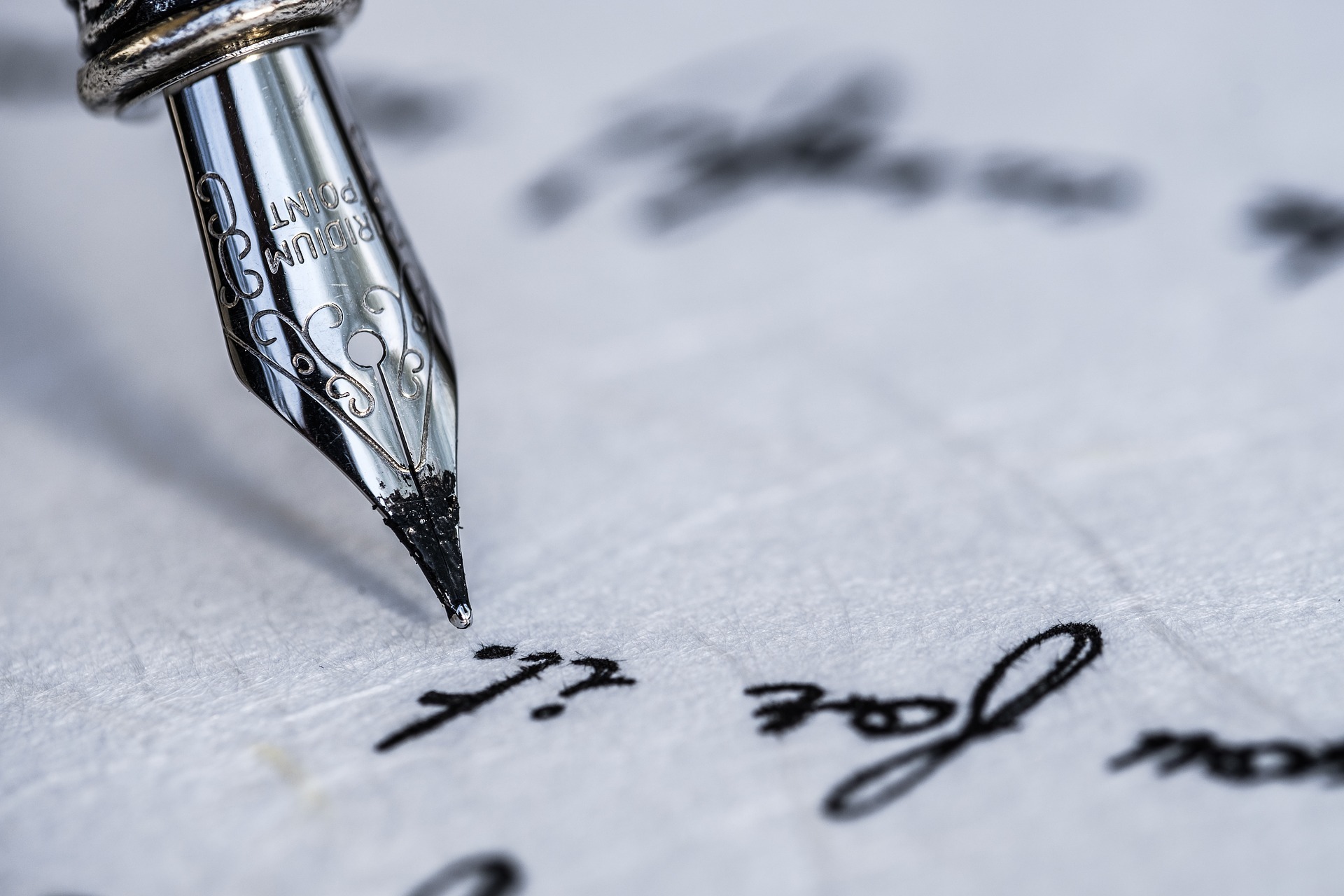 I know, I know: Twitter is a cesspool. Most social media is a cesspool. But there are pockets of delight to be found amidst all the vitriol, if you look carefully enough — and if you happen to be into spooky microfiction, the writers of Twitter have shared a wealth of stories with the world.

You may or may not like the use of the term “microfiction” here; you might prefer “flash fiction,” or “short, short stories,” or any number of other terms often used when discussing this type of fiction. There’s no solid consensus over what the differences between each of these terms are, though — what they mean sort of depends who ask. What they do all have in common, though, is that they encompass the huge array of extremely short fiction available — and Twitter, with its 280-character-per-tweet limit, has turned out to be an ideal medium for many writers working in this format.

I should probably note here that when I say “spooky,” I don’t necessarily mean “horror.” Sure, some of the accounts can generally be described as belonging to the horror genre; but personally, I’m more interested in what kind of feeling a story inspires in me than what its precise genre classification might be. Which doesn’t mean I view genre as a bad thing; genre is good! Genre is fine! Genre is fun! But I tend not to pigeonhole the stories I consume, because, I mean, One Thing is capable of being Many Things, all at the same time. We contain multitudes, and all that.

Anyway, the point is, for those who love extremely short fiction — and especially for those who love eerie extremely short fiction — these 14 Twitter accounts offer tales upon tales to keep you occupied for as long as you’d like to keep reading. What’s more, this list is really just scratching the surface; there are tons more writers telling stories on Twitter that might float your proverbial boat.

But here are a few to get you started. Don’t forget to light a candle before you go; you wouldn’t want to get lost in the dark, now, would you?

All you really need to know about Little Curses can be found in its bio: It tweets “Small ghost stories, little curses,” and it’s located in “the forest.” Each tale is only a sentence or two long, but those few sentences conjure up astonishingly vivid images — typically those of the uncanny variety: They trend heavily towards familiar things made strange.

Little Curses went on a pretty lengthy hiatus between August 2018 and May 2019, and now that it’s back, it’s been tweeting less frequently than before. The occasional new story does still appear, though — and besides, there’s a whole archive of chills to scroll through in the meantime.

Tower 727 is a world in and of itself — there’s continuity between many of the stories, and recurring characters that pop up again and again. Periodically, the tales take things that we typically take for granted or which we don’t think twice about and examine them from a new perspective — government-issued identification, for example, or standard video game protagonists, or loan sharks. The sum of the parts presents a world that is ours, but at the same time, not ours — or, perhaps, a world that is ours… only we don’t know it.

Maybe we’re just not looking at it the right way.

No Senses is full of straight-up eldritch horror, often large and of the cosmic variety. It is delightfully weird, and absolutely worth a read.

Red Pine Hospital is not your average hospital. Redpine is not your average town. And what unfolds in the ongoing horror story that is its Twitter feed is not your average log of day-to-day life. The surgery log, for example, is not what most people would generally like their local hospital’s records to look like. The staff are a little unnerving. And, well… let’s just say that the hospital probably isn’t in your network. The Hospital’s feed is somewhat Night Vale-esque in tone (see: The recent thread about Redpine’s mayoral candidates), but remains entirely unique. Just… try not to get lost in the corridors. You might have a hard time finding your way back out again.

James Mark Miller’s microfiction account isn’t limited by genre; the stories published on it do, however, often have a sort of fairytale-like bent to them. They stand alone, but somehow, they also all stand together, always asking its readers to ask a question that’s simultaneously teeny-tiny and absolutely enormous: “What if…?” The feed is a joy — and if you want more, there’s a book, too.

The display name of this particular account doesn’t tell you much (not even if you’re familiar with the actual Foucault). Its actual handle, though? Well, that, at least, gives you an idea of what to expect. That handle is @TheDoorTHEDOOR — and yes, “the door” is as unusual as the repetition and emphasis might lead you to expect.

There’s a lot to love about ctrlcreep’s eerie short stories, but I’ll admit that I find this one particularly enjoyable. If you’re a longtime reader, you’re probably aware that I’ve spent a lot of time thinking about pareidolia as it relates to things we perceive as strange or weird; I’m also endlessly amused by inanimate objects that look like faces. This little story puts all of those things together and makes them into the kind of tale that makes me both laugh and cringe — the same way I do when watching, say, Tucker and Dale vs. Evil. Excellent stuff.

It’s not exactly clear what kind of station Station 42×7 is, or why it was built, or what its operator is attempting to do with it. The story that’s unfolding on the Station 42×7 feed, though, is intriguing, to say the least. I think we’re in the future. I think we’re in a dystopia. But beyond that, you’ll have to do some digging yourself to figure out what’s going on. It’s worth it, though; all good stories are.

Although small worlds’ describes it as “tiny science fiction stories,” the stories are so brief—even for microfiction — that sometimes, you’re left less with a traditional story (the type with a beginning, middle, and end) than you are with the impression of a story. That’s not a bad thing, though; in fact, it’s one of the things that makes small worlds stand out from the pack. The situations in small worlds’ tales are curious and thought-provoking.

As far as I can tell, the Ministry of Sleep is a mysterious government agency, possibly of the variety seen in 1984, that’s ostensibly responsible for regulating sleep. What it actually does, though, may be… not that. The feed for it is more abstract than, say, that of The Hospital — but then again, maybe that’s the point. What we experience in our dreams, after all, it far more abstract than what we experience in our waking states.

When the new fiction began, according to its writer, it was intended to be one, long, continuous story. After realizing that building it as such might cause it to have an unintended “barrier of entry” — that is, that new readers would have a harder and harder time accessing the story the longer it got — the account “pivoted” toward “self-contained stories with the idea being to give my readers an escape from their ordinary timelines and an excuse for their minds to wander.” The resulting collection of stories takes a number of different forms — sometimes they’re snippets of elegant prose; sometimes they’re chunks of dialogue; sometimes they’re single sentences — but they’re all wonderful little pieces.

Invisible Fonts’ feed consists of a number of different types of stories, but my favorites describe found objects — unusual items that have unexpected qualities or behave in ways you almost certainly won’t anticipate. Books are a popular subject. Naturally, I approve.

Echo Virus is unique among the feeds on this list in that it’s not just the work of one person; it’s the work of many. There are three rules to follow, in the order in which they must be followed: One, write a fiction tweet. Two, echo the previous tweet. Three, don’t follow your own tweet.

You’d be amazed what kinds of tales can arise from this method of group storytelling.