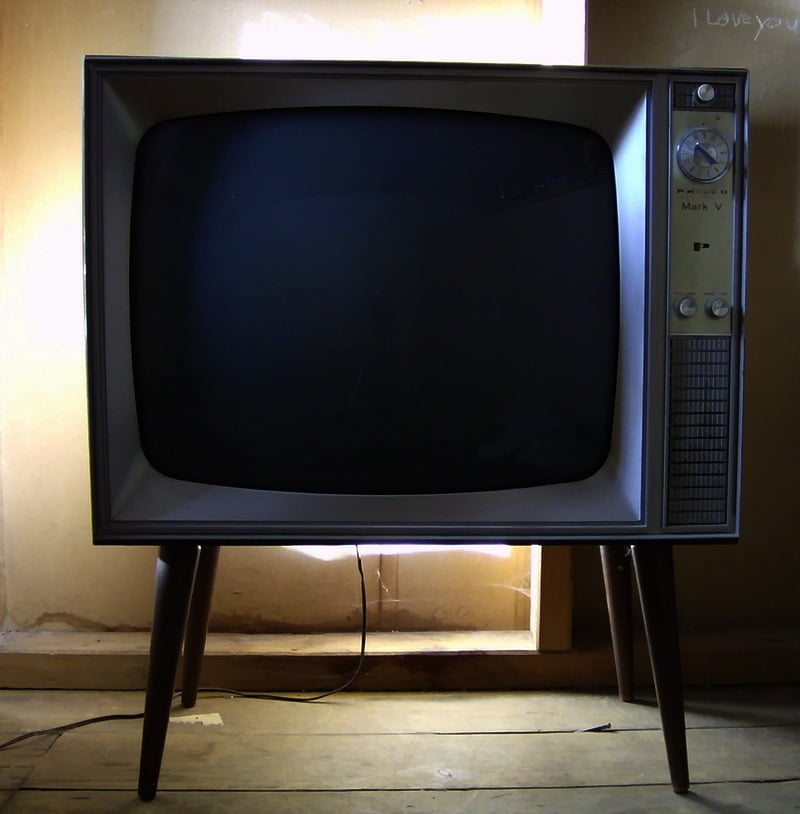 I’m honestly not sure where Channel Infinity comes from; it was first posted to the Creepypasta Wikia on March 2, 2014 by user Jett Cyber, but beyond that, I haven’t been able to find any other information about it (other than those same rules copied and pasted over and over again — a creepypasta in the classic sense). I assume the Creepypasta Wikia entry indicates its first instance. Truth be told, it’s a little difficult to follow; for example, the original version notes that, instead of turning your back to the television at a specific point, you can also arrange some sort of setup involving two hand mirrors — but I wouldn’t recommend taking that route. The description of the setup is confusing enough that I couldn’t even figure out exactly how the mirrors are supposed to be positioned.

From a technical standpoint, I believe part of what’s happening during this ritual is a combination of Troxler’s fading and the Caputo Effect — the same trickeries of perception that cause us to see “monsters” like Bloody Mary in the mirror. There’s also something somewhat hypnotic about staring at a blank screen or at a screen full of static for an extended amount of time; the end result is, I believe, perhaps not as literal as the rules might suggest, but rather something more like what occurs during the Three Kings ritual.

Whether you believe Channel Infinity to be an actual television channel or something you visit in your mind, though…

This ritual may be performed using just the room, the television and the remote control, although it will likely be much more difficult without the other objects. If you choose to play it in this way, the following adjustments may be made:

The number of questions that appear during the questions phase may be as few as three, or as many as 26. No matter how many questions there are, the most important thing is to answer honestly. Failing to do so will cause the ritual to fail.

The number and variety of television shows that will appear as options on the “guide” function of Channel Infinity will depend on who you choose as partners. Consider them carefully. There is safety in numbers.

You may only watch Channel Infinity a maximum of four times over the course of your life. Choose your moments wisely.

Do not speak of what you learned after watching Channel Infinity. To anyone. Ever.

If you see one…