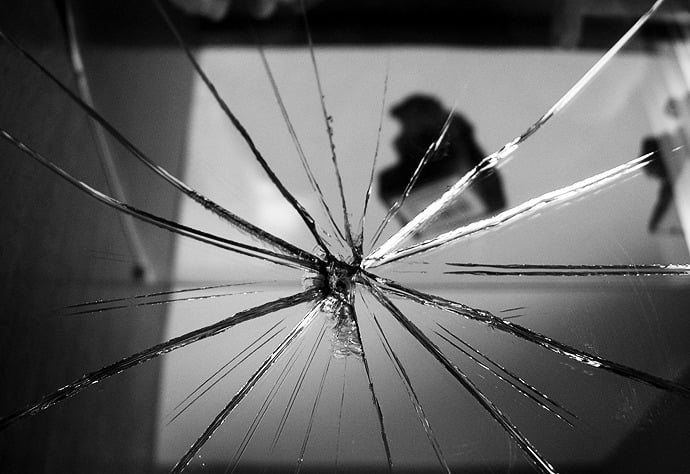 Previously: A Tourist’s Guide to 200 Phenomena in the City of Calgary.

By now, we’ve taken a look at rather a lot of games we would be wiser not to play. But have you stopped to wonder why it is that we play them in the first place? The latest edition of “Scare Yourself Silly” takes a look at exactly that. Science goes a long way towards explaining both what we see in the mirrors so many of these games use, as well as why we feel compelled to look into the mirror at all. The piece is excerpted here; read the whole thing over at The Toast.

You’ll notice that many of the ritual-type games involve mirrors. The idea is usually that by peering into the depths of its reflective surface, the mirror will somehow become a window, promising to show us ghouls, ghosts, or sometimes even glimpses of the future. Here’s the crazy thing: It’s not total bullshit. We do see things in the mirror when we play these sorts of games… just maybe not for the reasons those games would like us to think.

In 1804, a Swiss physician, politician, and philosopher by the name of Ignaz Paul Vital Troxler discovered that if you stare at a single point for even a short period of time, other stimuli within proximity to that point will look to you like they’ve disappeared. This phenomenon is called Troxler’s fading or the Troxler Effect, and it’s incredibly easy to see in action. Try this: Focus your gaze on the black cross in the middle of the GIF seen below and stare at it for about 30 seconds.

Did the purple circles around the edge vanish? Gasp! It must be witchcraft! Or, y’know, just an optical illusion called the “lilac chaser.” You might also have seen a greenish dot circling its way around the image in a clockwise direction. Neat-o, right?

But we’re not done yet. In 2010, Giovanni B. Caputo of the University of Urbino’s Department of Psychology published a paper in Perception that took Troxler’s fading to the next level. Caputo had 50 people between the ages of 21 and 29 stand in front of a mirror in a quiet, dimly lit room for ten minutes; then, at the end of those ten minutes, each participant was asked to write down what he or she saw in the mirror during that time. The results do not sound like it was a good time: 66 percent reported huge deformations of their own face; 18 percent saw the face of one of their parents, but with some wacky and disturbing changes; 28 percent saw someone they didn’t know; 28 percent saw some sort of archetypal face, like that of an old woman or a child; 18 percent saw an animal face; and a whopping 48 percent saw what are described as “fantastic and monstrous beings.” What essentially happened is that Troxler’s fading caused each person to perceive certain traits as having disappeared, after which the Caputo Effect, as it’s called, caused the brain to fill in the gaps with whatever other information floating around it that it could. The result? Monsters. Monsters in the mirror.

But although Troxler’s fading and the Caputo Effect explain what we see when we play these games we shouldn’t play, it doesn’t explain why we play them in the first place. Me? I suspect it has something to do with the idea of tempting fate.