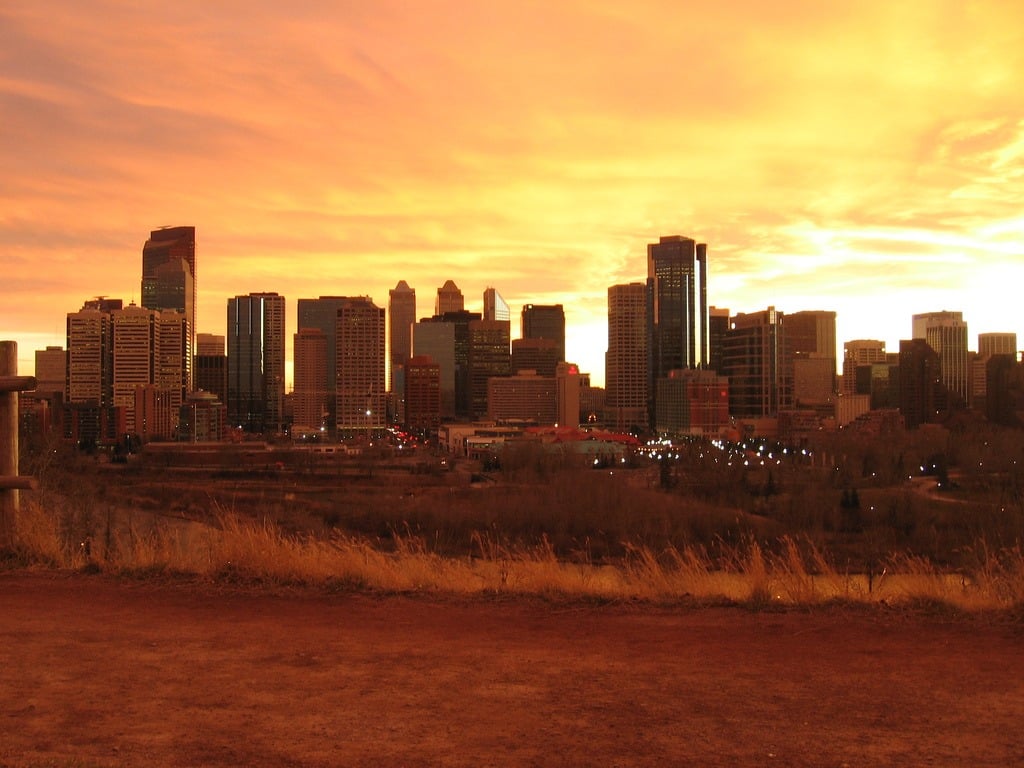 Previously on Scare Yourself Silly: The Uncanny Valley, or Revisiting Robert the Doll.

Have you ever been to Calgary? If you haven’t, you should go. But don’t limit yourself to the usual tourist attractions. By all means, take advantage of the wonderful arts and culture and that permeate the city – but know this, too: Beneath it all lies something else. Something different. Something just a tiny bit… off.

There is, for example, a wall in the basement of a restaurant called Teatro. The wall is a sickly shade of yellow; no attempts to paint it a different color have ever been successful. Bring with you a small jar of hazelnut oil, paint the outline of a door on the wall with it, and push. You will find yourself in a sparsely furnished room with walls the same shade of yellow as the wall you passed through to get to it. Examine the desk to find a collection of documents written on the stationary of a bank you won’t ever have heard of and dated 1912. These documents predict every stock market crash and financial disaster around the entire world from 1912 until, astonishingly, twenty years in the future – at which point the predictions abruptly stop mid-sentence.

Or, say you find yourself in the administration building of the University of Calgary. In the basement, you’ll find a disused office. You’ll have to do a little work to get into it; its door has been painted shut and a broken bookcase has been placed in front of it. Once you make your way inside, however, you’ll discover a room that has seemingly been untouched for roughly 30 years. The degrees hanging on the wall reveal that the office once belonged to a Dr. Earl Wiser, PhD; his specialty appears to have been history, but you’ll find no record of Dr. Wiser in the university’s records. The books in the bookcases lining the walls all cover the Second World War, as does the ream of paper stacked next to the typewriter on the desk. There’s just one problem: According to both the typewriter and the books, the Axis powers won.

Or try this: Get on the 305 bus (it doesn’t matter where you start) and ride it for exactly six stops (it doesn’t matter where you get off, either). From there, walk to the nearest medical clinic and ask to see the on-call doctor. If the receptionist tells you he’s not available, ask for the other on-call doctor. The receptionist will then direct you towards exam room three. Wait there until the doctor appears, although be warned – he could take anywhere from 60 seconds to six hours to show up. He won’t begin with small talk or ask you what’s wrong; instead, he’ll get right to the examination. If you’re healthy, you won’t be when you leave (after all, you did just waste his valuable time). If you’re ill, however, he’ll tell you it will clear up by the end of the week. When the week is up, not only will you be well, you’ll also be free of any other chronic conditions you may have had. However, you’ll find that in exchange for this small miracle, no other doctor in the city will be willing to see you – ever.

There are 200 phenomena like these scattered throughout the city of Calgary; over the time, they have become known as Calgary’s Gideon Keys. Why? Well…