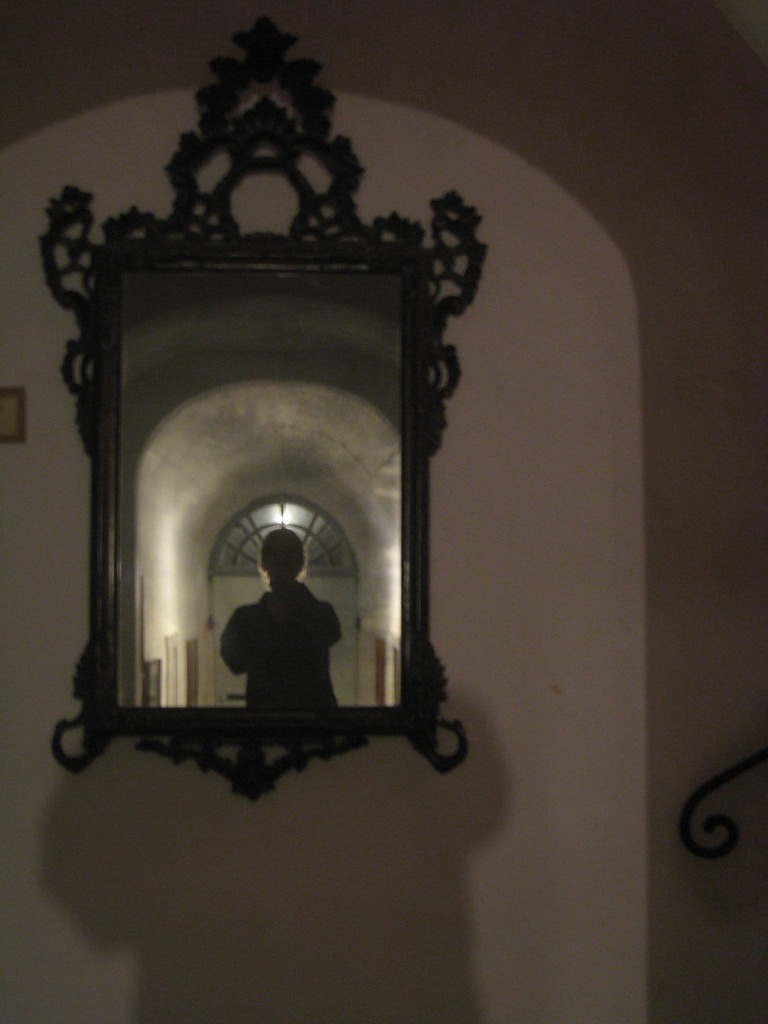 Appearance: Various, although subject is usually female and typically witnessed by gazing into a mirror under a specific set of circumstances. Subject may appear as a beautiful young woman, a witch, a corpse, or covered in blood, depending on the perception of target.

Modus operandi: Subject “lives” in (insofar as subject may be said to be alive) and travels through mirrors. Although subject normally remains out of sight, presumably hovering just beyond the frame of her mirror at any given time, she may occasionally convince one or more targets to attempt to summon her. Several methods to do so may be employed:

Should the summoning ritual succeed, subject may perform any of the following actions:

Containment: As subject is confined to her mirrored prison unless summoned, the simplest and most effective method of containment is simply to leave her where she is.

Additional notes: Variations on subject’s summoning ritual date back at least as far as the 19th century. In this ritual, targets, typically young women, were instructed to walk up a flight of stairs backwards in a darkened house; passing a mirror on the landing reflected either the image of the man they were destined to marry, or a skull indicating that targets would die before they could marry. It is unknown whether this ritual summoned subject herself in the form of the skull, or whether it is similar yet ultimately unconnected ritual from which subject may have drawn her inspiration.

Subject herself may be one of many possible entities, including but not limited to:

Recommendation: Play at your own risk. Should an unfavorable outcome result from performing the summoning ritual, the organization behind this Encyclopaedia reserves the right to say, “We told you so.”

An Optical Illusion That Explains the Origins of Imaginary Monsters.