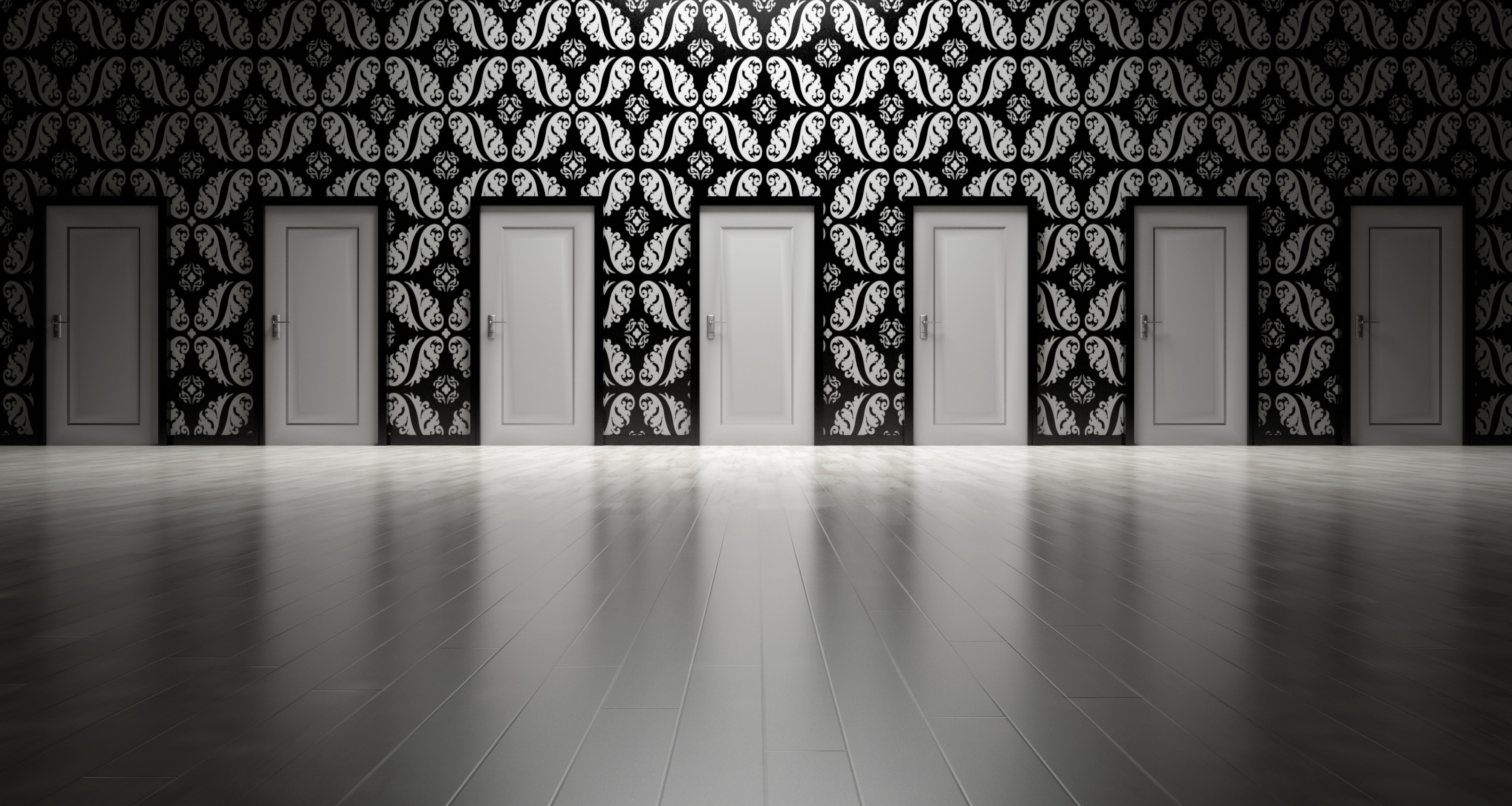 Many of the games we’ve examined here at TGIMM are preoccupied with the idea of traveling to another plane of existence — and the Closet To Another World game is yet another. I’ll admit that I find the sheer variety of ways in which one might undertake this otherworldly journey quite astonishing: It might be accomplished by taxi, or by elevator, or by television, or by traveling down an unusual road… the list goes on. The closet version, which first made its way to the English-speaking internet from Japan courtesy of Saya In Underworld back in 2014 and has continued circulating more recently via Reddit, actually sounds like somewhat less of a good time to me than some of those other methods; this is largely because I don’t really fancy the idea of jamming myself into a cramped, darkened storage space and attempting to perform a particular set of actions while I’m in there. However, that whole idea is also what makes Closet To Another World one of the more accessible ways to journey to another dimension or what have you, so… it’s got its pros and cons, is what I’m saying.

Saya In Underworld notes that in Japan, there are two words for closet: Kurozetto and oshi-ire. A kurozetto is a Western-style closet — which, given the range of types of closets exist in the West, I assume means a closet which may open either with a regular door or a sliding one, which  comes equipped with a hanging bar, and which is primarily used for hanging and storing clothes. An oshi-ire, meanwhile, is a Japanese-style closet: A very particular kind of storage space which typically “[comes] with two levels, separated by a sturdy horizontal wooden partition, sized to perfectly fit [a] folded up futon,” according to Real Estate Japan Inc. Oshi-ire open with sliding doors, and although some might have hanging bars, traditional ones do not.

Anyway, the reason I bring all this up is this: According to Saya In Underworld, the game in its original form is meant to be performed in an oshi-ire, rather than a kurozetto. I assume, however, that if the game is performed outside of Japan, a kurozetto will do.

The big question about this game, of course, is exactly what kind of world you’ll find yourself in if you’re successful. I can make only one guarantee: Wherever it is… it’s probably not Narnia.

Some notes about Requirements:

A note about time: Although the game may be started at any time, after sundown is recommended. This will aid in making sure that no light — including daylight — is visible from inside the closet.

A note about light: If you begin during daylight, or if you fail to turn the lights off or draw the curtains in the room outside the closet, you must still ensure that NO LIGHT leaks into the closet from the outside. Block the cracks if you must; block them as thoroughly as possible. (But really, it’s just much simpler if you begin at night.)

A note about counting: Don’t rush it. Count along to the beat of your heart. Keep your finger on your pulse while you count if need be.

A note about the Return Trip: See below.

It has been theorized that the Return Trip may be made by performing the steps of Venturing Out in reverse. However, this theory has not been confirmed.

According to one account, a variation (Variation A) of this ritual (Original Ritual) in which the Return Trip is unnecessary may be executed as follows:

In Variation A, the Return Trip is unnecessary because you are not literally going to a different world. You are merely editing your existing world to fit your own specifications.

After Arriving, do NOT lose, break, or otherwise damage the drinking glasses.

There’s nothing worse than getting lost in a place you don’t know… especially when it’s impossible for you to return home.