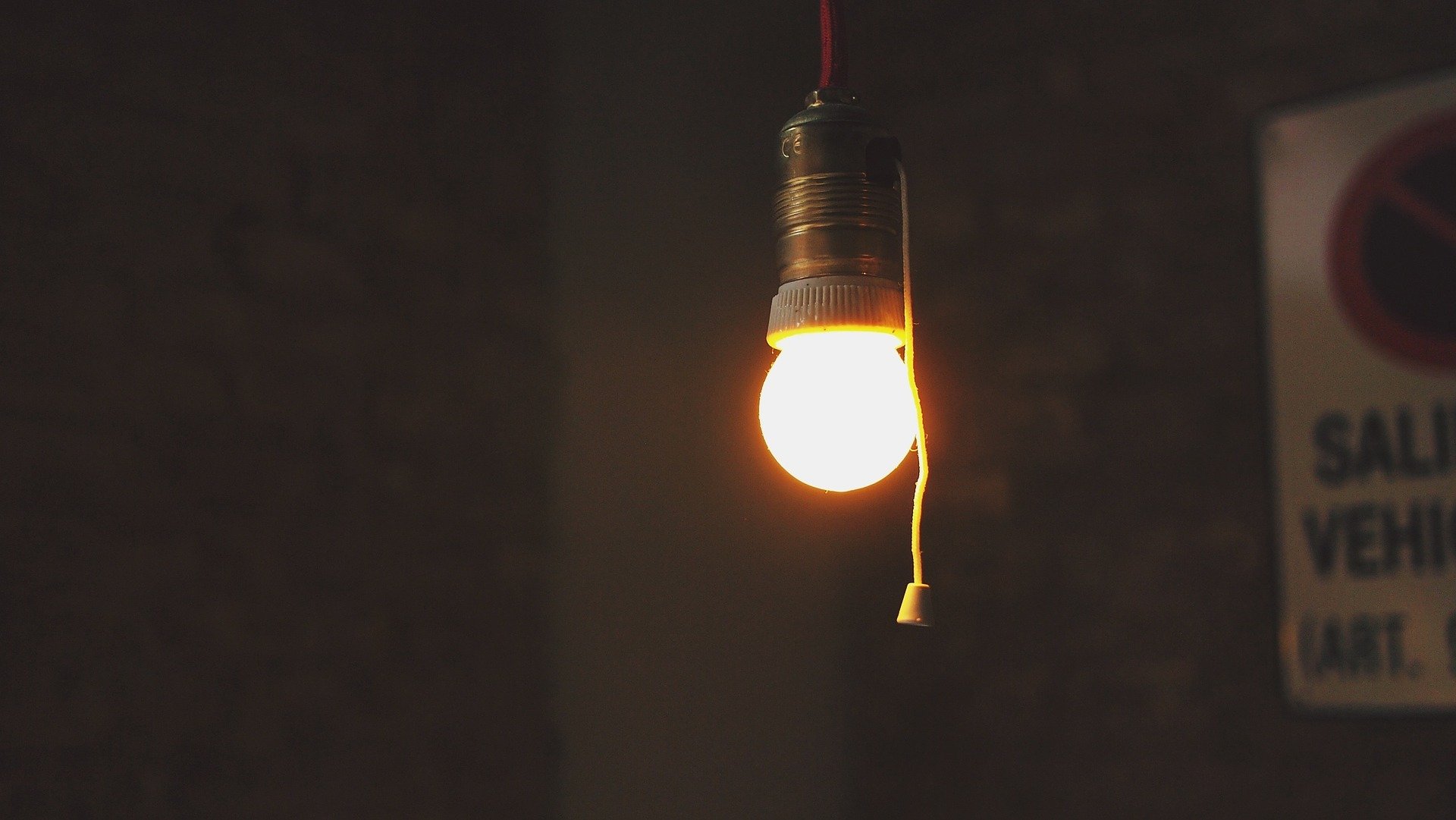 Although the ritual known as the Lights Out game (no relation to the Tiger Electronics handheld game of the same name from the ’90s, although whether it’s connected in any way to this short film or its subsequent feature film adaptation has yet to be seen) has an extensive history in the Reddit post in which I first found it, I suspect that, like The Maiden’s Gamble, it’s more fakelore than folklore. Indeed, I’ve only found it in two other places besides Reddit, both of which use the exact same instructions, copied and pasted, word for word. It is, however, an interesting idea nonetheless — one that reminds me in some ways of the Candles Game, although it’s much less of a fire hazard. That doesn’t mean the danger is any less, though; in fact, it might be much greater.

[Want to have a say in the next Most Dangerous Game? Consider supporting The Ghost In My Machine on Patreon!]

Who — or what — Player Two is, though… well, that’s harder to answer.

A “room” may be defined as follows:

It is recommended that a chosen Arena contain no more than 12 rooms.

A “light source” may be defined as follows:

Any device that satisfies these conditions is considered a light source, regardless as to size. (E.g. An overhead light, a floor lamp, or a night light are all considered light sources. A battery-powered flashlight or lantern is not.)

If a room contains multiple light sources, only one light source need be turned on in order for the room to be considered lit.

A “wish or desire” may be defined as follows:

The wish or desire may be material (money, an object, etc.) or intangible (love, knowledge, etc.); however, it cannot be impossible. For example, anything that might be considered a “superpower” is not possible and therefore not eligible for use in this game.

It is recommended that the game commence as close to midnight as possible. The difficulty of the game is directly related to the hour at which it is begun; beginning at or immediately following midnight is therefore more likely to result in a winning condition for Player One. The latest known starting time which resulted in a winning condition for Player One is 2:05am.

(This is why, if multiple attempts to perform The Prelude successfully must be made, it may not be necessary to wait a full 24 hours from the point of failure to try again: If, for example, The Prelude is found to have failed at 12:30am, it may be attempted again the following evening at 12am.)

Complete the game as quickly as possible. It gets more difficult the longer it goes on; a game that lasts more than 15 minutes is very likely to end in a losing condition for Player One. Ideally, Player One will achieve their goal of turning all the lights either on or off within the first five minutes of the game. The longest known playing time which resulted in a winning condition for Player One is 38 minutes.

It is not recommended that this game be played during severe weather events. Electrical failure due to power outage will result in an automatic losing condition.

You may not use any additional devices or items to aid you in completing the game. Doing so will result in an automatic losing condition. Don’t cheat. It’s not nice to cheat.

It is not known precisely what happens to Player Ones who achieve a losing condition. Some have reportedly been found deceased after having suffered severe accidents, although it is unknown whether these accidents are related — either directly or indirectly — their participation in the game.

Many more, however, have simply disappeared. It has been theorized that these former Player Ones have become Player Twos, although this theory remains unproven.

It is not recommended that you play this game. The reward for success is valuable, but the cost of failure is great.

How much do you really want that thing you want?

Be honest with yourself.

Is it worth it?