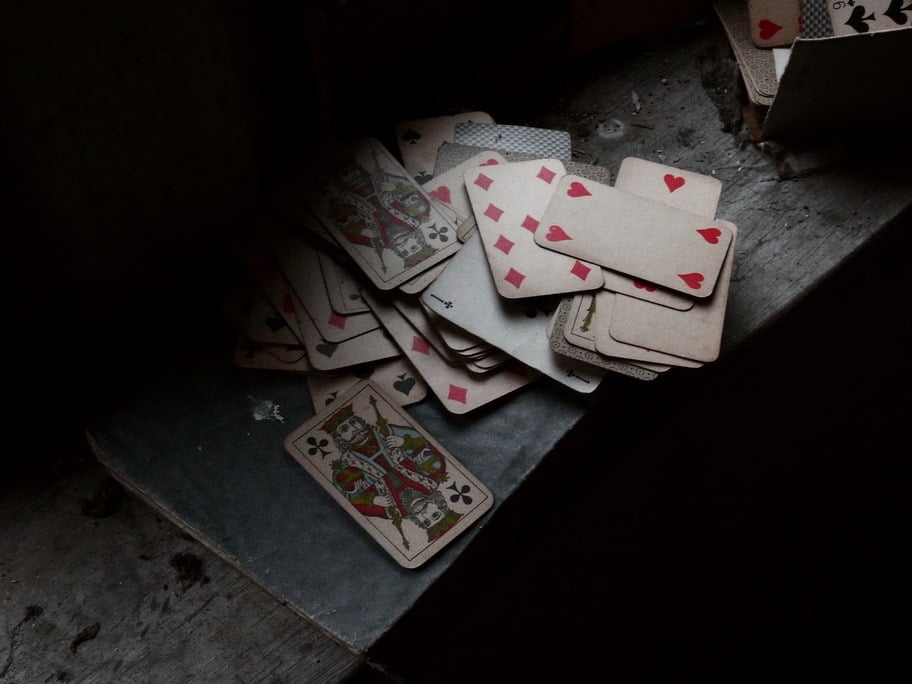 Previously: The Doors of Your Mind.

Not to be confused with the excellent Ichor Falls short story “The Gambler,” The Gambler’s Game is neither as long as many of the other games and rituals we explored, nor as involved: All it requires is a pack of cards and an hour or so of your time. But although the game is short and sweet, the stakes are high; what would be the point of playing if they were not?

It’s common knowledge that the Devil loves to gamble; however, it hasn’t been confirmed whether the Gambler of this game is he — or whether the name of the game might refer to the player him or herself instead. Whoever or whatever your opponent may be, though, be warned: He plays for keeps.

Any game will do, although Blackjack is preferred. It should be noted that games whose outcomes rely solely on luck make poor choices, indeed.

If possible, use a new and previously unopened pack of cards; the Gambler is mistrustful, and he may not look kindly upon an old or well-worn deck.

Should the Gambler win, he will not be quick about claiming his prize; nor will it be clean. You have only yourself to blame, however. After all, you were the one who decided to tempt fate.

It is NOT recommended that you play this game.

There’s a reason you don’t come across many people with lucky hands in this world.