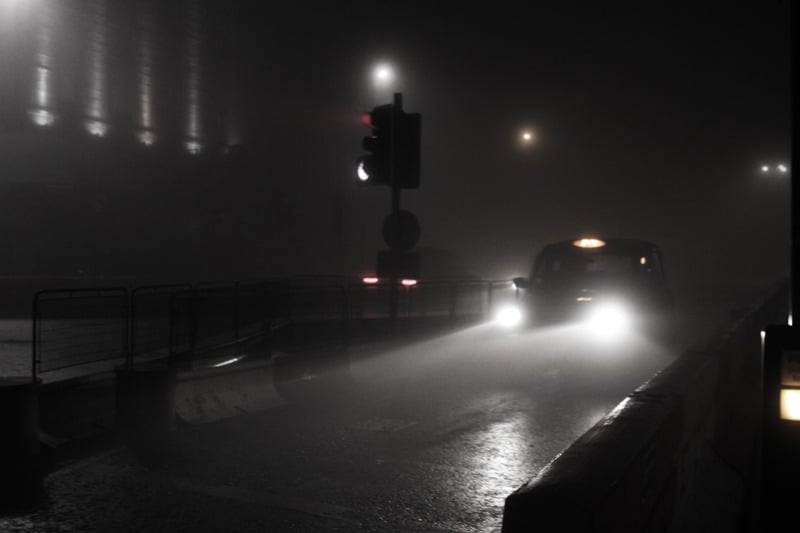 The Hooded Man Ritual appeared on the NoSleep subreddit in November of 2014. According to its submitter, nickybutler123, it has surfaced on other sites in the past; I’ve been unable to locate these other sites, however, so it’s possible that this claim is meant to deepen a newer story’s sense of history.

Certain similarities strike me between the worlds traveled to by the Hooded Man’s taxi cab and the one(s) that can be reached via the Elevator to Another World ritual. I’m not sure whether they’re the same ones, though, so do with that what you will.

This ritual should NOT be attempted in a state of agitation, nervousness, or fear.

Should you feel threatened, followed, stalked, or otherwise unsafe at any point during the ritual, do NOT proceed. If you have not yet gotten in the back of the cab, do not enter it; if you have, perform step five of “During the Ride.”

Panicking, attempting to exit the moving vehicle, or speaking to other passengers may result in dire or fatal consequences. Do NOT, under ANY circumstances, perform those actions.

Concerning the Length of the Cab Ride:

You may allow the cab ride to continue on as long as you desire; however, it should be noted that the longer the ride, the more difficult it is to emerge from the landscapes through which the cab passes. Should you wish to return to the same world you left, it is recommended that you do not allow the cab ride to go on for undue amounts of time.

It is unknown what happens when the cab stops. If you are feeling adventurous, you may attempt to find out…

…But don’t count on being able to return home again once you get there.