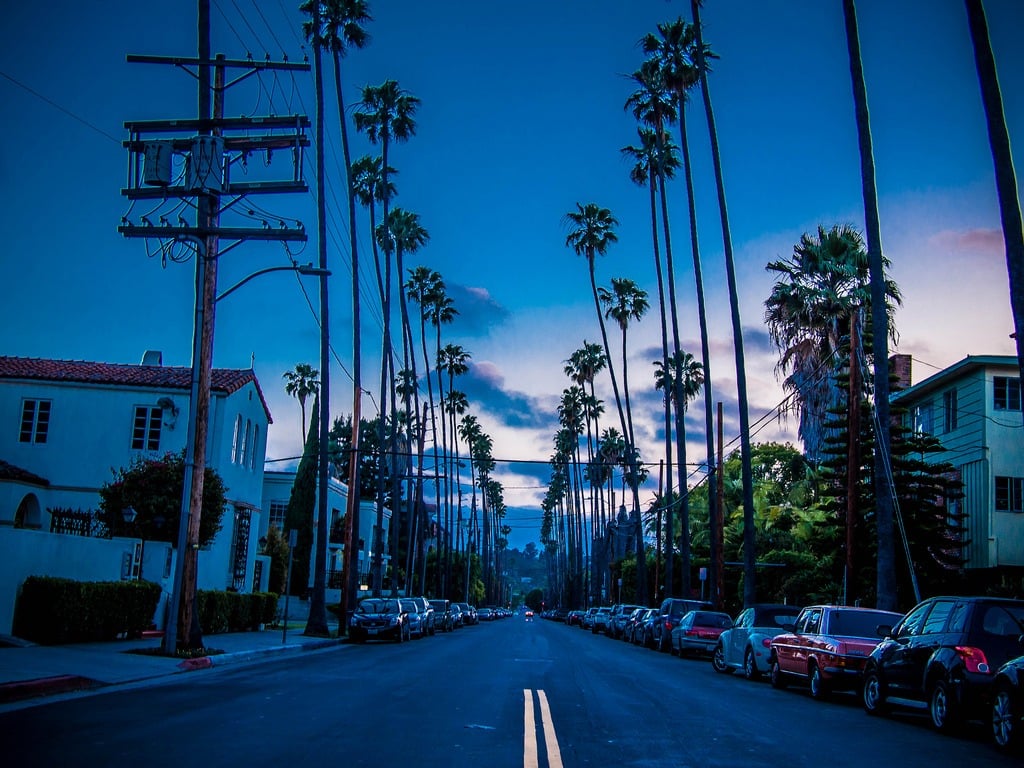 All houses rumored to be haunted have one thing in common: A dark, tragic history. Sometimes, this “history” is nothing more than a fiction dreamed up after the fact to explain the house’s dilapidated appearance or unusual architecture — something that works from the outside in: It looks like this; therefore this must have happened. Sometimes, though, it works from the inside out: This happened; therefore it looks like this. And in these cases, the history actually is history — it’s absolutely, frighteningly true. It’s also how places earn names like “The Los Feliz Murder House.”

That’s the name pegged to the Spanish Revival mansion located at 2475 Glendower Place in the Los Feliz neighborhood of Los Angeles. It’s a beautiful house; designed in 1925 by architect Harry E. Weiner, it originally belonged to Harry Schumacher of the Schumacher Distributing Co. It boasts four bedrooms, three bathrooms, a grand entrance with a step-down living room, a formal dining room, a library/study, and a ballroom with a full bar, with the lot totaling 0.61 acres. Perhaps unsurprisingly, the estate has its ties to the movie industry, too: It was owned by German silent filmmaker Frederic Zelnik for a period of time.

But after Zelnik, there came the Perelson family. And after their tenancy, the house’s reputation would never be the same.

Dr. Harold Perelson, his wife Lillian, and their children Judye, Debbie, and Joel, moved into the house after Zelnik’s death in the 1950s. Born on Feb. 1, 1909 in New York, the son of an Eastern European couple who had emigrated from their home countries to escape the political climate, Harold was raised in New York, eventually making his way to medical school. He was bright and skilled, and after he moved to Southern California, he saw great success. Thanks to this success, he and his family were able to acquire 2475 Glendower Place for $60,000 — about $1 million today.

But fortune ebbs and flows, and during the ‘50s, the Perelsons experienced a series of hardships. A lawsuit after a deal gone sour to develop a special type of syringe awarded Harold just shy of $24,000 in 1952 — but only after two years’ worth of legal battles and a failure to win the $100,000 the doctor had originally sued for. Then, in 1957, the three Perelson children were involved in a car accident resulting in a number of injuries. The other driver, Eleanor Keller, claimed Judye, who had been at the wheel, was at fault; however, Harold took Keller to court. The Perelsons won, but were awarded a sum which only covered the medical bills, not the $50,000 Harold had initially sought. Harold also had a few of what the family called “coronaries.”

At 4:30 in the morning that day, Harold took a ball-peen hammer to Lillian’s head while she slept. According to the coroner’s report, she asphyxiated, drowning in her own blood. Meanwhile, Harold went to Judye’s room and struck her with the same hammer. Unlike Lillian, however, Judye received only a glancing blow; she woke, began screaming loud enough for the neighborhood to hear, and escaped to a nearby neighbor’s house to call the police. The younger Perelson children, Debbie and Joel, also both awoke at the noise, only to have their father tell them, “Go back to bed. This is a nightmare.” Harold then dissolved two capsules of Nembutal, a barbiturate which can kill by respiratory arrest, in water and drank it down, following it up with 31 small white pills — possibly codeine or a tranquilizer. When the police arrived at 5:15am, he was still breathing; by the time the ambulance got there, though, both he and Lillian were dead.

There is much that we don’t know about the cause of the attacks, but what we do know is that Dr. Harold Perelson suffered from mental illness. According to Jeff Maysh’s incredibly thorough investigation of both the doctor and the history of the Los Feliz Murder House, court documents revealed that Harold’s “coronaries” had actually been attempts at suicide. Dr. Cheri Lewis, a neighbor who babysat the Perelson children as a teenager, told Maysh, “It’s not atypical for someone who has suicide attempts to then go after the people who have created the problem. It came out that his wife was — or the doctors — were going to have him committed, or she had to do it at the end of a certain discrete period of time.”

It is perhaps this more than anything else which makes the story such a tragedy. There remains a huge amount of stigma against mental illness today, but during the ‘50s, it was infinitely worse; this, combined with the family’s financial difficulties, may offer some clues as to what, exactly, happened.

But here is where the story takes a turn for the stranger: The house has remained empty ever since. Not unowned — but empty. A couple from Lincoln Heights, Emily and Julian Enriquez, bought the house in a probate auction in 1969, but never lived there; instead, they used it as storage space. After the couple’s death, their son, Rudy Enriquez, inherited it — but Rudy didn’t live there, either. He also continued to use it as a storage space, although honestly I’m unclear about why anyone would want to pay taxes on a property that basically functions as a glorified closet.

The house has, apparently, been left in the same condition it was in after that night in 1959, and very little spooks us in quite the same way that a location seemingly frozen in time does. Odder, though, are the stories that place items that couldn’t have possibly belonged to the Perelsons inside the house: Maysh, for example, said that he observed several such items visible through the windows — cans of SpaghettiOs, which didn’t hit grocery stores until 1965, and an issue of Life magazine dated May 9, 1960. There’s also a Christmas tree in the living room with presents still underneath it, which people say is weird for one reason, and one reason only: The Perelsons were Jewish, so why would they have a Christmas tree?

The tree has, in turn, given rise to a persistent rumor: It’s said that another family did briefly rent the house shortly after the events of Dec. 6, 1959 — but that they didn’t learn of what had happened in the house until after they had already been there for a while. When they did discover it, though, it’s said that they were in such a hurry to leave that they abandoned everything inside — including all those anachronous items observed inside the house, their Christmas tree, and all the presents piled underneath it. 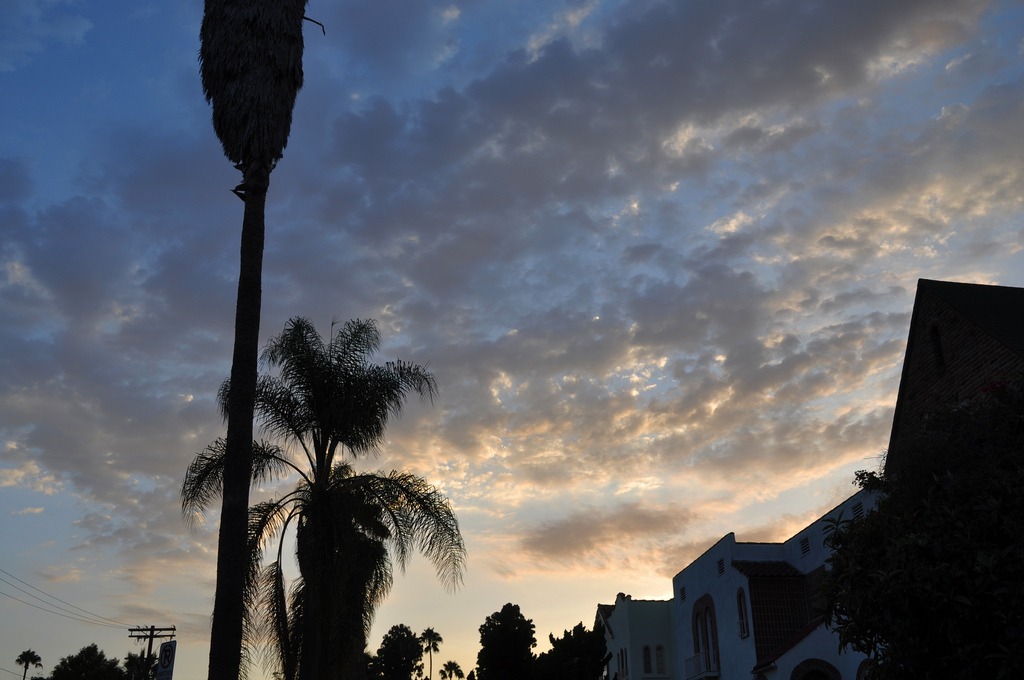 This, though, I suspect might be a myth. For one thing, in California, sellers and renters must disclose any death that occurred on a property within three years prior to the sale or rental agreement; if the family that supposedly lived in the house moved in during the early ‘60s, they would have been told about what had happened. And second, although it’s often said that the Perelsons were Jewish, I haven’t actually been able to find any solid evidence about the family’s religious affiliation — most of what’s out there are unattributed statements or instances of “he said, she said,” which means they may not be entirely reliable. As such, I’d be careful about extrapolating anything from the presence of the Christmas tree; although Harold was the son of Jewish immigrants, that doesn’t necessarily mean he chose to carry on the tradition with his own family. He might have, of course — but he also might not have. (Let’s also not forget that the Perelsons would have lived through the Second World War and a whole lot of open antisemitism.) We don’t know, so we can’t draw any definitive conclusions from the situation.

Also, the house has long been known to attract visitors — folks who are more than willing to break in to see it. It’s not outside the realm of possibility that people might have brought outside items into the house just to fuck with everyone.

But the house’s actual history is enough, even without the Christmas tree and the SpaghettiOs and the rumors. Although some say that they’ve walked by the house, not knowing its history, and thought, “Someone died there. I know it,” and although one would-be explorer said she was bitten by a black widow spider the one time she attempt to break into the house, the memory of the events of Dec. 6, 1959 is what will always cling to the place. It may not be haunted by ghosts, but it’s certainly haunted by its own past.

And then there’s this: 2475 Glendower Place is for sale right now. It was listed at the end of March, 2016 — its first time being on the market since the probate auction that granted it to the Enriquez family in 1960. Rudy Enriquez passed away in 2015, never having done anything with it other than own it; in 2009, he told the LA Times, “I don’t know that I want to live there or even stay there,” although he maintained that he “never looked at it as being haunted.” It’s not in terrific shape, but if the time, effort, and money were taken to restore it, no doubt it would look as grand as it did when it was first built in 1925.

Whether or not the house would ever be able to escape its own history, however, remains to be seen. I have a feeling that, no matter how shiny it is on the outside… we’ll always know what happened between its four tragic walls.

The Mysterious Los Feliz Murder House Is For Sale.

On A Los Feliz Hill, Murder — Then Mystery.