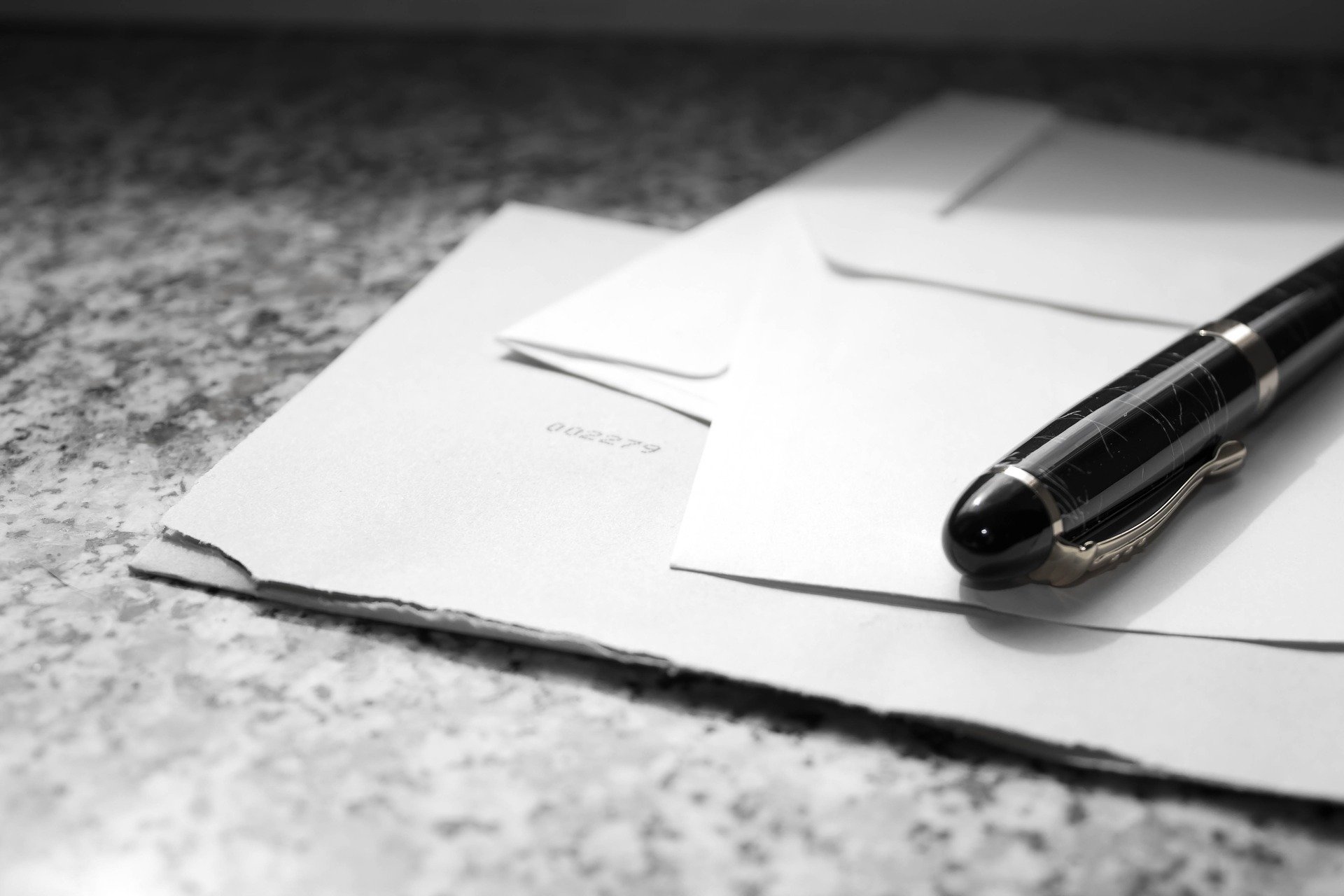 Previously: How To See Your Guardian Spirit.

Are you looking for someone? Someone you once knew, but haven’t seen in years? Someone you wish fervently to find, no matter how much time has passed since you last spoke? The Letter Ritual might help you achieve your wish. Or at least, it might if you’re willing to pay a high price for failure — and if it were real.

It’s not, as far as I know; it originated in a multi-part story on r/NoSleep written by u/Chasethehorror in 2017. The story isn’t limited to just the ritual itself, though — there’s more to it than that. It details what happened to one particular person who attempted to play it. And, uh… let’s just say that if you fail the ritual, the price is quite costly, indeed.

Note, though, that “failure” isn’t necessarily the same as “not succeeding.” There’s a difference, you see — and it matters quite a bit.

In the reality of the story, the narrator was given the rules to the ritual by a friend, who had found them somewhere on the internet. The friend didn’t say where, but he posted them to an online forum he and the narrator frequented after, it seemed, using it himself to locate his missing son. “I found my son, Brad — here is how,” his only commentary read. “Good luck.” The narrator notes that he hadn’t been able to find the rules anywhere else on the internet, so he’s not totally sure how the friend originally got his hands on them; it’s implied that the ritual almost functions as a sort of chain letter or verbal virus. Everything spins out from there, so if you want to read the full tale, check it out here, here, and here.

In any event, the Letter Ritual doesn’t seem to be based on any existing forms of divination. I did attempt to see what I could dig up that might have served as inspiration for it, but alas, I came up short; the closest I came was literomancy, but that’s actually closer to handwriting analysis than anything else. (It doesn’t involve actually writing and mailing a letter, but instead focuses on studying written letters, typically the characters used in written Chinese languages.)

The game does, however, bear something in common with a ritual-based urban legend you’re probably familiar with: The middle section — what’s really the main event — is basically a souped-up version of Bloody Mary. The whole bit about looking into a mirror for an extended period of time with no form of light or illumination present except a single candle? That’s pretty much exactly what you do when you’re playing Bloody Mary — and, as with Bloody Mary, what results is the strange-face illusion.

Fiction or not, though, this game… well, I can’t recommend you actually attempt to play it. In fact, I’d strongly recommend that you expressly DO NOT play it. Besides the fact that it’s a major fire hazard (exercise common sense precautions, please! Keep a fire extinguisher nearby! Don’t leave any burning flames unattended! Make sure any and all flames you lit at any point are fully put out before you leave the room!)… the price for failure almost certainly isn’t worth the risk.

And even if everything does go to plan, there’s still the high probability that you’ll hurt someone else doing it.

You’re not just playing at your own risk here. You’re playing at the risk of everyone involved—whether they’ve consented to it or not.

Note that the address to which you will direct the two letters you send is NOT necessarily the last known address of the person you wish to find. Rather, this address should be the address of the last place you spent time with them, face to face. It’s possible that this address is their last known address; if the last time you saw them was at their own home, then the two addresses are one in the same. However, you may very well have seen them somewhere else — at their school, at their place of work, at your own home, on the side of the road somewhere halfway across the world, etc. This is the address you should use.

Concerning the dark, windowless room: An interior bathroom is ideal, as it solves many of the requirements posed by the Response portion of the ritual. An interior bathroom is likely to be already equipped with a mirror, for example, thereby negating the need to locate a separate mirror and set it up in the room. Furthermore, a bathroom space provides a simple and relatively safe way to extinguish the burning envelope in Step 14 of The Response — e.g. you may drop the envelope in the bathroom’s sink and turn on the faucet, letting the water run until the flame has been completely drowned.

If you receive no letter in Step 11 of The First Letter and wish to try again, ensure that at least seven full days from the moment you placed your first letter in the mailbox have passed. Do NOT attempt the ritual again BEFORE this amount of time has passed.

If you successfully complete the ritual, you may open the envelope received as your final response at any time. There will not necessarily be anything inside; however, if you are fortunate, you might find one last letter — one containing further details that may help you locate the person whom you seek. If you receive such a letter, you would be wise to heed its advice.

You do not necessarily have to burn this final envelope or letter upon the successful completion of the ritual, but it is recommended that you do so. Once you have committed the information contained on the envelope and/or within the letter to memory, set them alight and dispose of the ashes.

Do NOT attempt to use this ritual to find the same person more than once.

Some people simply aren’t meant to be found.