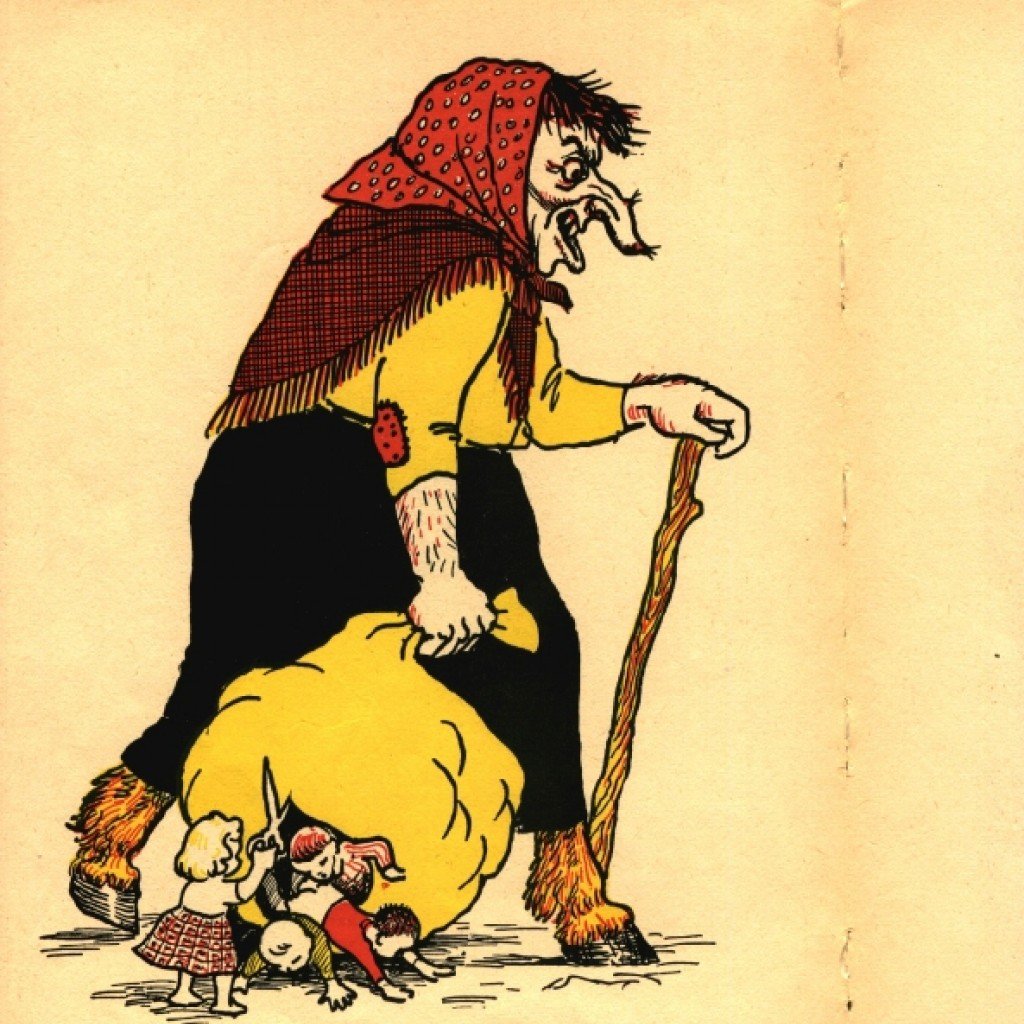 Period/location of origin: The earliest written record of subject appears in literature dating back to the 13th century; however, subject may in fact date back much further than even that. Subject is Icelandic in origin.

Appearance: Unclear. Subject has been described, variously, as a troll, ogre, witch, and/or giantess. She may or may not have three heads, three hundred heads, three eyes per head, icy blue eyes in the back of her head, goat horns, ears that dangle down to her shoulders, ears that attach to her nose, a beard, 15 tails, 40 tails, hooved feet, long fingernails, and/or horrible teeth. Or, she may simply look like a classic hag, albeit much larger in size than hags typically tend to be. She carries at least one large bag or sack, but may carry as many as 100 such bags or sacks. She may also hold a sword or a knife — but then again, she may not.

Modus operandi: Subject is one of several entities associated with the Icelandic winter holiday season jól, somewhat equivalent to the modern-day Christmas season. During jól, subject ventures out from the cave in which she lives in search of children with a history of misbehaving, or who ate meat during the period of Lent earlier in the year. (In Christian religions, Lent runs for the roughly six weeks between Ash Wednesday and Easter; those who observe it, particularly in Catholicism, are required to abstain from consuming meat during this time.)

According to some reports, subject will ask parents to give their misbehaving children to her; according to others, however, she simply takes them herself. Regardless as to how she actually acquires her targets, once she has seized them, she will gather them up in her bag or sack and return home to her cave with them. She will then proceed to consume these targets, either raw or cooked into a stew. Subject is believed to use a shovel as an eating utensil, per some reports.

Note, however, that subject’s choice of target is not limited solely to misbehaving children. If she is unable to locate any misbehaving children, she will widen her selection to any and all children she finds wandering outside alone at night. Given that night can span up to 20 hours in Iceland in December, it is recommended that children stay indoors or with an adult they trust during this time.

Containment: Some reports note that subject may be waylaid during her search for targets by either giving her food or simply chasing her away.

Additional notes: Subject’s first recorded mention appears in the Prose Edda, a 13th century text on Old Norse Poetics, although tales of subject had circulated for some time prior to the Prose Edda’s publication, as well. At that time, subject’s name, which translates to “growler,” referred more broadly to female trolls, rather than to a specific entity; furthermore, subject was not directly associated with Christmas or jól. By the 19th century, however, the use of subject’s name to refer specifically to subject, as well as subject’s connection with the winter holiday season, had been firmly established.

Subject has been married three times. Her first two spouses, known as Gustur or Gusti and Boli, are both deceased; they reportedly died at the hands of subject, who killed them upon becoming bored with them. Subject also reportedly consumed the remains of at least one of these two former spouses. Subject currently co-habits her cave with her third spouse, Leppalúðim, with whom she has 13 children.

These 13 children are known as the jólasveinar, or Yule Lads. Originally tricksters, although now more benign in nature, the Yule Lads visit the homes of those who celebrate Christmas or jól during the 13 days leading up to the holiday itself. Each day between Dec. 12 and Dec. 24, a new Yule Lad arrives, staying for 13 days upon arrival and causing as much mischief as possible during their visit. They are, in order: Stekkjarstaur, or Sheep-Cote Clod; Giljagaur, or Gully Gawk; Stúfur, or Stubby; Þvörusleikir, or Spoon-Licker, Pottaskefill, or Pot-Scraper; Askasleikir, or Bowl-Licker; Hurðaskellir, or Door-Slammer; Skyrgámur, or Skyr-Gobbler; Bjúgnakrækir, or Sausage-Swiper; Gluggagægir, or Window-Peeper; Gáttaþefur, or Doorway-Sniffer; Ketkrókur, or Meat-Hook; and Kertasníkir, or Candle-Stealer. Their names are all descriptive of the types of chaos they like to cause. Sekkjarstaur arrives first, on Dec. 12, and stays until Dec. 25; meanwhile, Kertasníkir arrives last, on Dec. 24, and stays until Jan. 6.

In contemporary culture, the Yule Lads have merged somewhat with the image of Santa Claus, becoming jolly and leaving gifts for good children. During the 17th and 18th centuries, though, they were as monstrous as their mother, if not quite as bloodthirsty.

Subject and her family also have, as many families do, a pet cat: The jólakötturinn, or Yule Cat. This creature has an odd preoccupation with new clothing; if a child does not receive a new piece of clothing prior to Christmas, the Yule Cat will consume the child alive — assuming its owners haven’t gotten to the child first, that is.

Whether subject is related to the Sack Man, Bonhomme Sept-Heures, Krampus, or other similar entities remains to be seen. It is curious, however, that all of these entities have a common MO: They hunt down naughty children, snatch them up, and carry them away in bags.

It makes one wonder exactly where they all learned this peculiar habit, does it not?

And be good, for goodness’ sake.

Why Iceland’s Christmas Witch Is Much Cooler (And Scarier) Than Krampus.

Grýla and Leppalúði – the Parents of the Icelandic Yule Lads.

What Is Icelandic Christmas?

The Mystery, Origins, And History Of The Strange Icelandic Yule Lads.