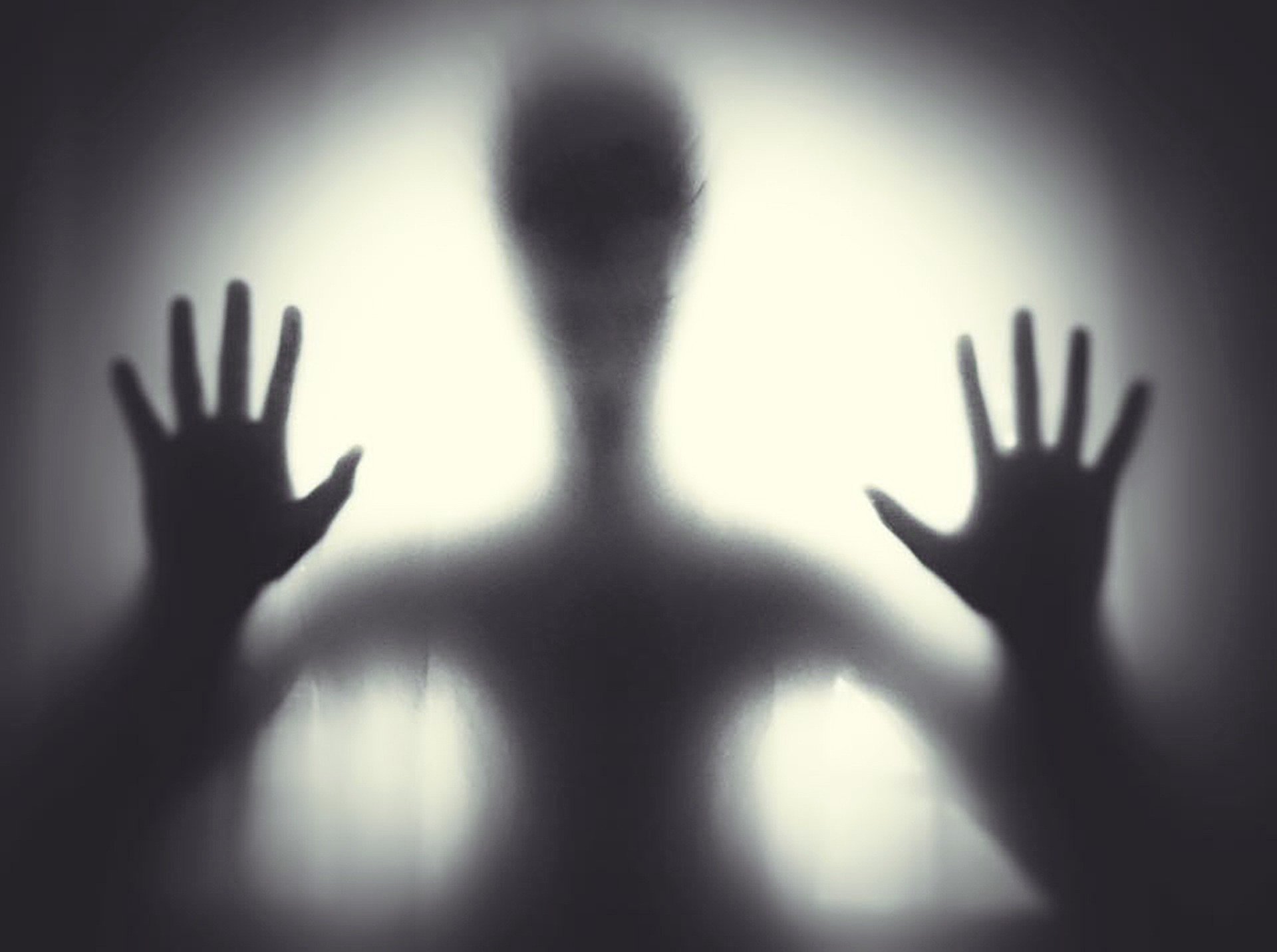 Period/location of origin: Unknown. Subject has been documented in a wide variety of cultures throughout history, including but not limited to ancient Egypt, Arabic cultures, and ancient Rome. It is possible that subject has always existed — since the beginning of time itself.

Appearance: Subject appears to be a dark mass, humanoid in shape, but lacking specificity—their outlines may appear blurry, for example, and they may or may not have distinct facial features. According to some reports, they are taller than the average human, measuring about seven feet in height; their limbs may also be disproportionately long. They are typically perceived as masculine, although this perception may be based on more of a feeling than a physical observation. Occasionally they are noted to have glowing eyes — commonly red or green — although this is not always the case. They may also sometimes be described as wearing clothing, such as a hat or cape, although again, this is not always the case.

Subject is not singular. It is unknown how many subject counts among its numbers, but whatever the total count is, it is… expansive.

Most commonly, subject does little more than lurk. The lurking variety typically appears in the bedrooms of targets, usually — although not always — at night. Sleeping targets may awaken suddenly to find subject standing in the corner of the room, in the doorway, at the foot of the bed, etc.; or, if already awake, targets may catch sight of subject in their peripheral vision. Although subject may or may not have identifiable eyes, targets who encounter this version of subject report feeling watched or experience a deep and unshakeable feeling of dread. Subject will often vanish as quickly as they appeared, sometimes walking into a wall or other solid object and out of sight, or else simply fading from view.

Lurking subjects may sometimes be interpreted as omens or warnings, although it is not always clear precisely what they may be foreshadowing.

Subject may also be seen to exhibit wandering behavior, simply appearing in a given location and milling about. Wandering subjects may travel aimlessly, or they may appear to have a goal they intend to reach. They are typically uninterested in targets’ activities; they are consumed only with their own agenda.

It is also not unheard of for subject to display hostile or violent behavior towards targets. In these cases, subject may at first appear to be of the lurking variety, only to then attack targets in some way, shape, or form — suffocation being among the most common.

Subject may or may not attempt to communicate with target. They are not known to speak — or at least, not aloud — and they do not typically gesture or physically indicate that they have something to say; however, in rare circumstances, subject may have a message for targets.

It is, however, up to targets to correctly decipher said message.

It is unknown what subject’s moral alignment is. The hostile or violent variety is understandably believed to be malevolent; however, the lurking and wandering varieties have been described by targets encountering them as good, evil, and neutral, making their true alignment obscure.

It is also not known precisely how subject identifies targets. A high percentage of targets who encounter subject experience sleep issues; the same is true of targets embroiled in periods of extreme stress. Whether these factors are part of the identification process, however, remains unclear.

Containment: Subject may not be fully contained, as such; however, targets may enact various protective measures in the event of an encounter or attack. Breathing exercises and meditative techniques are recommended, should targets find themselves in the presence of subject; additionally, cleansing your space and filling and surrounding your home with positive energy may act as preventatives or deterrents for subject before they even arrive in the first place.

These measures are not guaranteed to be effective — but they’re better than nothing.

Additional notes: Although traces of subject may be found throughout various cultural archives scattered throughout human history, our current understanding of them is largely due to Heidi Hollis’ many appearances on Coast To Coast AM beginning in the early 2000s. Hollis’ theories about subject are not shared by all paranormal investigators and experts, but her theories remain prevalent all the same.

A wide variety of theories exist about who or what subject actually is. Some believe they are simply ghosts — a variety of apparition explained by the presence of the spirit of a departed human. Others believe they may be time travelers who, due to the limitations of technology, are only able to appear to those in the eras to which they travel as mere shadows of themselves. Similar to the time travel theory is that which deems subject as “interdimensional beings” — creatures (not necessarily people, although possibly so) capable of traveling between dimensions, yet only visible as shadows in each dimension to which they travel. Other paranormal possibilities include extraterrestrials, djinn, and demons.

However, there is also some scientific evidence for subject being the product of various documented health or medical issues. Sleep paralysis, in which your brain and body become out of sync in the REM portion of the sleep cycle, may account for at least some encounters with subject. Symptoms of sleep paralysis include hallucinations which typically fall into three categories, according to a 2005 study: “Intruder” hallucinations, which “include a  vague sense of a threatening presence accompanied by assorted noises, footsteps, gibbering voices, humanoid apparitions, and sensations of being touched or grabbed”; “Incubus” experiences, which “experiences include breathing difficulties, feelings of suffocation, bodily pressure, pain, and morbid thoughts of impending death”; and “Vestibular-Motar” experiences, which “include sensations of linear and angular acceleration, described as floating, flying, and falling,” as well as other related phenomena such as out-of-body experiences. The hallmarks of “Intruder” and “Incubus” experiences during sleep paralysis are consistent with observations made about subject.

A study from 2006 also found that when the region of the brain known as the left temporoparietal junction (TPJ) is stimulated, it can “create the illusion of a ‘shadow person.’” These experiences have also been observed in people with schizophrenia, paranoia, and other psychotic disorders. It is possible that the perception of “shadow people” may be the result of certain functions of the brain becoming disrupted.

It is not certain whether or not subject is related in any way to other subjects, such as the Black-Eyed Children or the Slender Man. A connection has been neither proven nor ruled out.

And there is yet another school of thought when it comes to what, precisely, subject is, as well: According to some, they are reflections of our own inner psyches. The parts of ourselves we hide away. The ones we don’t let anyone see — not even ourselves. Our own darkest thoughts, feelings, and impulses.

Recommendation: Should you encounter subject, remain calm. Keep breathing. And perhaps give some thought to why you might be seeing what you’re seeing.

What Are Shadow People?

Heidi Hollis At Coast To Coast AM.

Attack Of The Shadow People.

Explanations Of The Shadow People Phenomenon.

How To Protect Yourself From Shadow People.