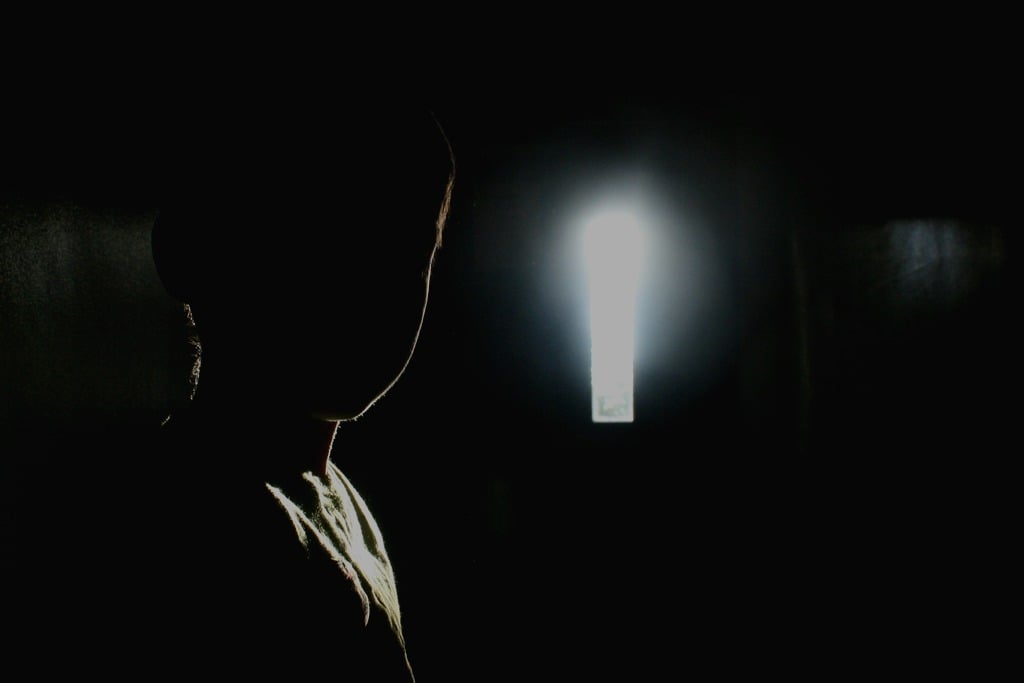 Period/location of origin: Late 1990s, Abilene, Texas, United States; however, some reports throughout history may trace subjects back much further and in many other countries.

Appearance: Subjects appear to be children, typically between the ages of 10 and 13, although sometimes as young as 6 or as old as 18. They may be of any gender, and many have any hair color or texture or skin tone; they are dressed in the styles popular for children of the era in which they are encountered. Subjects typically travel in pairs, although small groups have also been recorded. They are generally unremarkable, but for two details: Their demeanor, which is unusually confident, and their eyes.

Regarding subjects’ eyes: Targets may not initially notice the fact that they resemble nothing so much as black holes. Whether subjects’ eyes are always black, or whether they only reveal their true nature when a target is close to capture, has not yet been determined.

Modus operandi: Subjects will begin by selecting target. Are you an adult? Are you kind? Do you look like the kind of person whose heart would go out to a lost child, who would do whatever you can to help them find their way home? Yes? If so, it’s too late for you.

Subjects will then track target, approaching only at night, and only when target is a) in a private location, such as a home or personal vehicle, and b) in isolation from other people. They will approach in such a manner as to seem to be seeking aid: If target is in a vehicle, subjects may claim to need a ride; if target is at home, subjects may claim to need to use the telephone or restroom; etc. Subjects’ immediate goal is to convince target to let them inside.

Should subjects gain entry to target’s location, targets may begin to feel uneasy or ill. Subjects will show no sign of leaving, assuaging target by insisting that their parents will arrive soon. Target may at this point realize the unique and troubling state of subjects’ eyes. Target’s location may begin experiencing issues with the power supply.

Subjects may eventually depart of their own accord, whether or not they have gained entry to target’s location. They may be retrieved by figures that appear to be adults, or they may simply vanish unseen.

Side effects experienced by targets in the aftermath of a visit from subjects include nosebleeds, dizzy spells, pets going missing or dying, and in some cases, the development of chronic or terminal illnesses.

Containment: Subjects do not appear to be able to gain entry into homes, personal vehicles, etc. without express permission and an invitation from target. As such, containment might seem obvious: Simply do not open the door to them.

However, subjects’ persuasive abilities should not be underestimated.

Additional notes: The first account of subjects in their modern form dates back to the late ’90s in Texas. In a post sent to an online newsgroup in 1998, journalist Brian Bethel recounted an incident in which two boys who appeared to be between 10 and 14 years of age approached him in his car and asked for a ride to their mother’s house. They said they wanted to see a movie (Mortal Kombat, which had been released in 1995; the incident occurred in the parking lot of a second-run cinema), but had left their money at home. The children, only one of whom spoke, made Bethel uneasy; when he realized their eyes were “coal black,” followed by the older boy insisting with great force, “WE CAN’T COME IN [THE CAR] UNLESS YOU TELL US IT’S OKAY,” he took that as his cue to beat a hasty retreat. Bethel suffered no ill effects in the long term, although he has stated that he believes he would not have survived had he opened his car door.

Other targets have not been so fortunate. One report, dated early 2016 from a target who did open their door to subjects, noted the steady decline in the health of target and target’s spouse; a second report from a friend of a target, dated late 2016, speculates that target’s sudden death was not unrelated to target’s encounter with subjects six months prior.

A connection between subjects and incidents documented in Cannock Chase has been proposed, but remains a theory only.

Exactly what subjects are remains unknown. Some have suggested they are demonic in nature; others, vampiric; others, paranormal; and still others, extraterrestrial. It has also been suggested that subjects are a thought experiment — although that might not make them much safer.

Recommendation: Shut the door. Close the windows. Turn the key in the lock.

Can We Come In? The Lore Of The Black Eyed Children.

Witness Report: “I Let The Black Eyed Children Into My Home…”

Encounters With The Black-Eyed Kids.

alt.magick: Some questions from a novice.

Allow me to break the fourth wall for a moment: It’s been a while since I’ve taken a look at the Black-Eyed Children, or BEK — about six and a half years, in fact — and while I still think they’re an urban legend, rather than an actual fact of the universe, it seemed like it might be time to revisit them. Hence, this piece. Enjoy!