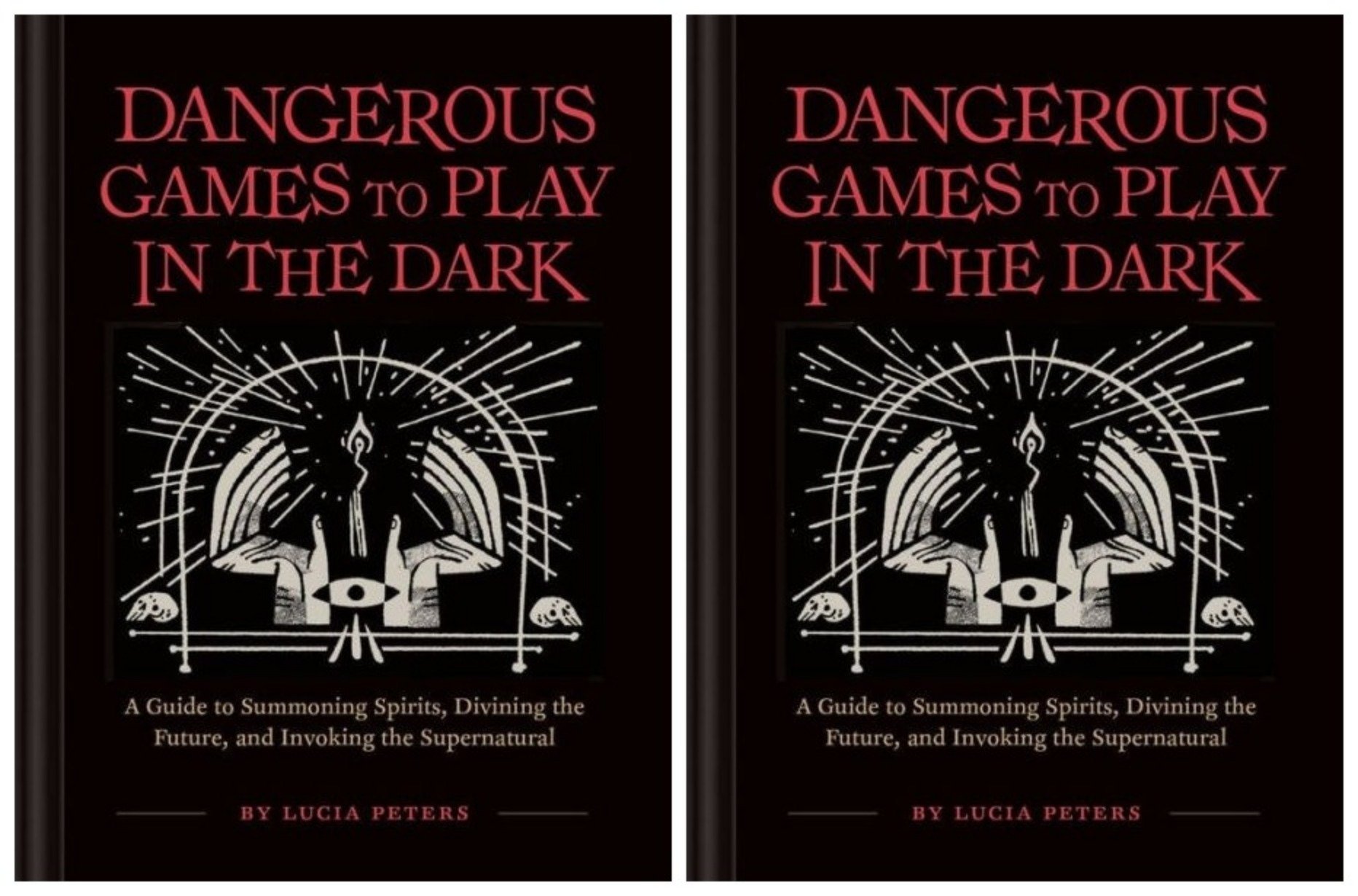 So, a sort of Big Announcement: I wrote a book! Titled Dangerous Games To Play In The Dark and published by Chronicle Books, it is coming out in September! It can be pre-ordered right this very second! And if you like what I do here at The Ghost In My Machine — particularly if you dig the Most Dangerous Games section of the site — you’ll probably like my book!

Dangerous Games To Play In The Dark dives into the weird world of urban legend games. It digs into the origins of 24 of these games — both folkloric classics like Bloody Mary and their modern descendants — and lays out exactly how you might play them… if you’re feeling brave, of course.

If you’re a longtime reader of TGIMM’s Most Dangerous Games feature, some of the games in Dangerous Games To Play In The Dark will be familiar to you; the presentation of each game, though, is entirely new (they’re not just reprints of the versions already posted on TGIMM); there’s a lot of new research in each entry; and there are even a number of games I haven’t covered here before, too.

Dangerous Games To Play In The Dark is published by Chronicle Books and will hit shelves on Sept. 3, 2019 — but you can pre-order it now! Listings are now live on a variety of retailers’ websites, including but not limited to:

Pre-orders are very, very helpful for writers — they’re one of the things that can help us get the green light for future books — so if you’re interested in Dangerous Games To Play In The Dark and also have the disposable income necessary for book-buying, I would be endlessly grateful if you’d consider putting in a pre-order for it. Or, just spread the word about the book however you like — word of mouth, social media, whatever. That absolutely helps, too!

You might also think about putting in a request at your local library for them to order Dangerous Games To Play In The Dark. It’s usually pretty easy to do (most library websites have a system for it; you can also always just talk to a library at your nearest branch in person), it’s free to make these requests, and libraries — where you can read loads of books and rent tons of movies and often check out CDs and audiobooks and do all sorts of other super neat things at absolutely no cost — are great!

I hope you’re all having a lovely summer full of s’mores and campfires and spookily wonderful tales of terror shared just as the sun starts to go down. Stay spooky!