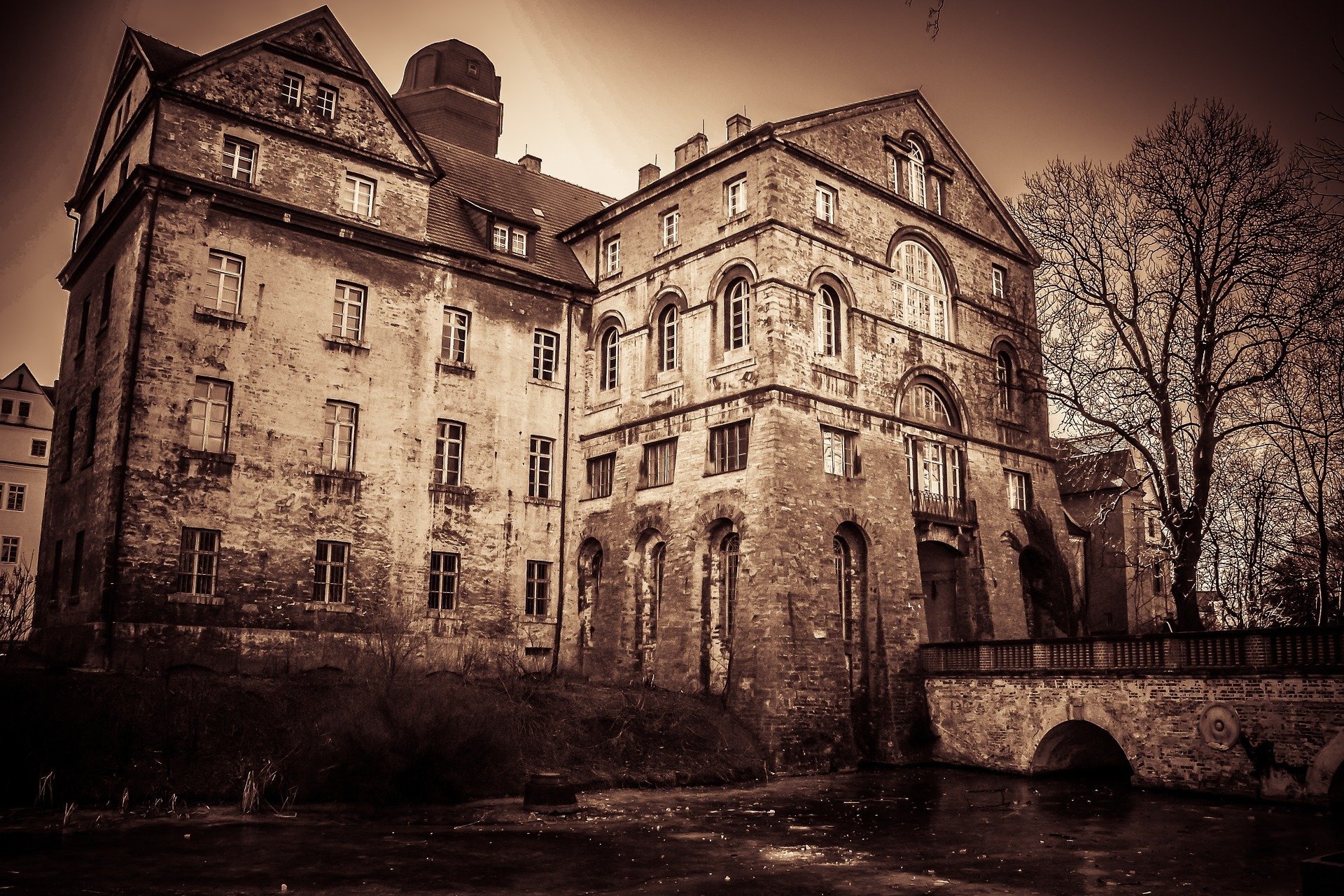 Period/location of origin: Unknown. Reports of subject date back to at least 1987 in Dallas, Texas; however, it has also been theorized that subject initially emerged in Kansas City, Mo, possibly around that same time. Still other reports and theories conflict with these ideas, however. The precise date and location of subject’s origins has not been — and, indeed, may never be — satisfactorily determined.

Appearance: Subject appears to be a high-octane haunted attraction situated within a large, otherwise disused or abandoned building. Beyond these general characteristics, however, few other identifying features have been identified.

Subject may occupy a building which formerly housed a hospital. It may be inside an old warehouse. It may be a shut-down factory transformed for the event. It may be something else entirely. Subject may have any number of floors, from two, to five, to seven; however, the most commonly cited number is 13. It may be located in Columbus, Ohio; Dayton, Ohio; Kansas City, Mo.; St. Louis, Mo.; Dallas, Texas; Austin, Texas; Detroit, Mi.; Los Angeles, Calif.; Chicago, Ill.; Philadelphia, Pa.; North Carolina; Georgia; Wisconsin; Iowa; Tennessee; or any of a variety of other cities and states. Subject may be in operation only during the Halloween season, or it may be open year ‘round.

Also, subject claims to be so frightening that it will reward those who complete it with cold, hard cash. According to some reports, targets who complete subject receive their admission fee back at the end. According to others, targets receive an incremental amount of money for each floor completed. Still other reports state that targets receive, upon completion, a flat fee of much greater value than the initial admission fee paid to enter.

No targets are known to have successfully completed subject’s challenge.

Modus operandi: Subject first spreads awareness of itself to potential targets by word of mouth. Stories passed around during this phase include general tidbits of information about the existence of subject; specific recollections of people who say they know someone who attempted subject’s challenge and failed to complete it; and tales from people who say they themselves have actually located subject, but could no longer remember where it was.

It is not known how subject initially began circulating stories about itself. However, the answer to this question is, at this point, unimportant. The fact remains that these tales continue to circulate, thereby accomplishing subject’s initial goal of piquing interest in potential targets.

Potential targets who have been sufficiently “hooked” by subject’s stories will proceed to the next phase: Seeking out subject. Subject will lie in wait during this period; there is no need for it to expend any energy, as potential targets will complete most of the work on their own.

Precisely how potential targets find their way to subject may vary. They may continue to follow the trail by word of mouth, asking around for any information on where subject might be located. They might also turn to other sources of information, such as the internet or old newspaper archives. Some potential targets may simply get in their cars and drive, or lace up their shoes and begin walking, hoping that they might stumble upon subject as they go.

Once true targets have been identified, all that is left is for them to walk through subject’s doors.

Anything that happens after targets enter this final phase is inconsequential. Subject has secured target. That is all that matters.

Subject will not, under any circumstances, willingly release target.

Containment: Unknown. Potentially impossible. Curiosity killed the cat, after all.

Additional notes: A wide variety of haunted attractions across the United States have been proposed as possible versions of subject. However, on further investigation, the majority of these possibilities have been rejected. Attractions ruled out as possible versions of subject include The Massacre in Montgomery, Ill., Netherworld in Atlanta, Ga., the 13th Floor in San Antonio, Texas, Necropolis in Indianapolis, Ind., and 7 Floors of Hell in Cleveland, Ohio.

Some haunted attractions in the United States have offered or currently offer prizes for completing smaller challenges within the larger haunt, or for simply being a specific person in line that night. These haunts include Realm of Darkness in Pontiac, Mich., which once offered a prize for defeating a dark wizard; Nightmare on Main St. in Hustonville, Ky., which has occasionally offered an optional attraction called the Panic Room for an additional fee patrons won back if they completed it; and the 13th Floor in Denver, Colo., which was once known for giving the 113th patron of the night their admission fee back.

An attraction said to have been located in Warren, Mich. called Urban Legends is commonly cited as a possible version of subject. Indeed, an archived version of this attraction’s website from 2002 states, “Make it through every room and get your MONEY BACK!!!!!!!” However, it is unknown whether this attraction actually existed, or whether it is simply a story meant to capitalize on subject’s reputation. Several websites purportedly belonging to this attraction — all of which are now defunct — exist; there are a number of discrepancies between them, however, including different locations, overlapping dates, etc. Some stories attached to this haunt also suggest that patrons would only receive their money back if they located a secret room hidden in the haunt — not for completing the haunt itself. Further research is required to verify or refute this information.

It is unknown whether the alleged “NoEnd House” is a version of subject. Initial comparisons are promising, but further research is required before this determination may be made.

The Brighton, UK hotel known as Chimera House is not known to be related to subject.

In Greek mythology, a chimera is a female monster with the head of a lion, the body of a goat, the tail of a serpent, and the ability to breathe fire.

More generally, a chimera may be described as “an imaginary monster compounded of incongruous parts.”

The word “chimera” may also refer to “a thing which is hoped for but is illusory or impossible to achieve.”

No targets have been known to complete subject in its entirety.

No targets have been known to receive any prize money from subject.

No targets who have entered subject’s doors have been known to leave subject again. Or at least, not in the same condition in which they entered it.

And do not assume there is only one version of subject in existence.

The History of Haunts.

The “Get Your Money Back” Haunted House.