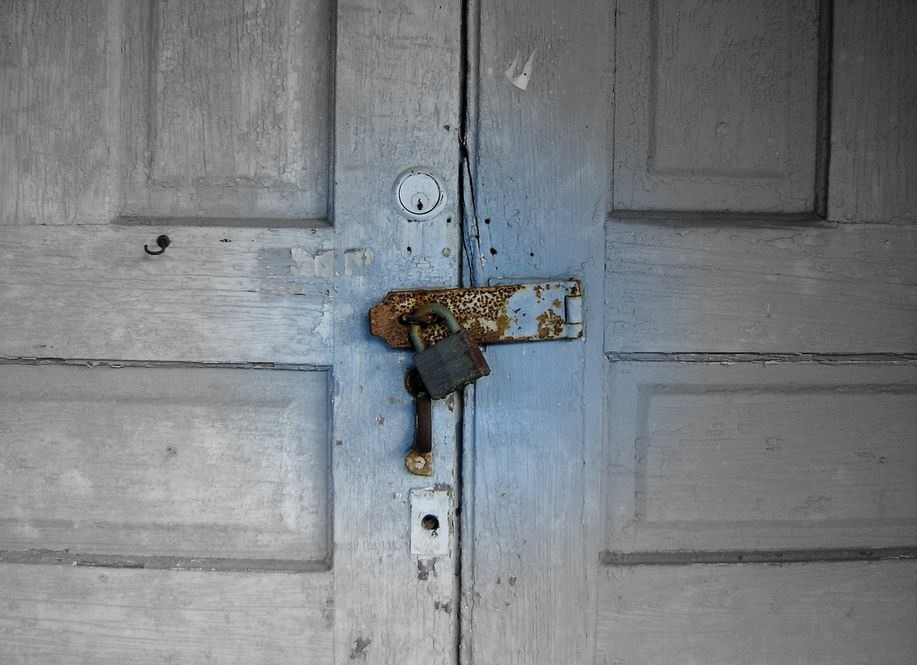 The house featured in “NoEnd House” reminds me a little bit of the Blackout haunted house that takes over New York (and apparently Los Angeles and Chicago now, too) every October. I’ve never been through it – something about (yuck factor alert) someone yanking out a bloody tampon and throwing it at me just doesn’t do it for me – but I do enjoy a good house-with-a-mystery tale. The payoff at the end of this one is pretty fantastic, so even though it’s a long read, it’s worth sticking with it ‘til the end.

If you’re not a big fan of the gross-out factor as a scare tactic either, though, allow me to recommend a different sort of experience: Escape the Room. It’s not scary, per se, but it’s certainly a mystery.

Let me start by saying that Peter Terry was addicted to heroin.

We were friends in college and continued to be after I graduated. Notice that I said “I”. He dropped out after two years of barely cutting it. After I moved out of the dorms and into a small apartment, I didn’t see Peter as much. We would talk online every now and then (AIM was king in pre-Facebook years). There was a period where he wasn’t online for about five weeks straight. I wasn’t worried. He was a pretty notorious flake and drug addict, so I assumed he just stopped caring. Then one night I saw him log on. Before I could initiate a conversation, he sent me a message.

That was when he told me about the NoEnd House. It got that name because no one had ever reached the final exit. The rules were pretty simple and cliche: reach the final room of the building and you win $500. There were nine rooms in all. The house was located outside the city, roughly four miles from my house. Apparently Peter had tried and failed. He was a heroin and who-knows-what-the-fuck addict, so I figured the drugs got the best of him and he wigged out at a paper ghost or something. He told me it would be too much for anyone. That it was unnatural.

I didn’t believe him. I told him I would check it out the next night and no matter how hard he tried to convince me otherwise, $500 sounded too good to be true. I had to go. I set out the following night.

When I arrived, I immediately noticed something strange about the building. Have you ever seen or read something that shouldn’t be scary, but for some reason a chill crawls up your spine? I walked toward the building and the feeling of uneasiness only intensified as I opened the front door.

My heart slowed and I let a relieved sigh leave me as I entered. The room looked like a normal hotel lobby decorated for Halloween. A sign was posted in place of a worker. It read, “Room 1 this way. Eight more follow. Reach the end and you win!” I chuckled and made my way to the first door.

The first area was almost laughable. The decor resembled the Halloween aisle of a K-Mart, complete with sheet ghosts and animatronic zombies that gave a static growl when you passed by. At the far end was an exit; it was the only door besides the one I entered through. I brushed through the fake spider webs and headed for the second room.

I was greeted by fog as I opened the door to room two. The room definitely upped the ante in terms of technology. Not only was there a fog machine, but a bat hung from the ceiling and flew in a circle. Scary. They seemed to have a Halloween soundtrack that one would find in a 99 cent store on loop somewhere in the room. I didn’t see a stereo, but I guessed they must have used a PA system. I stepped over a few toy rats that wheeled around and walked with a puffed chest across to the next area.

I reached for the doorknob and my heart sank to my knees. I did not want to open that door. A feeling of dread hit me so hard I could barely even think. Logic overtook me after a few terrified moments, and I shook it off and entered the next room.

Room three is when things began to change.

On the surface, it looked like a normal room. There was a chair in the middle of the wood paneled floor. A single lamp in the corner did a poor job of lighting the area, casting a few shadows across the floor and walls. That was the problem. Shadows. Plural.