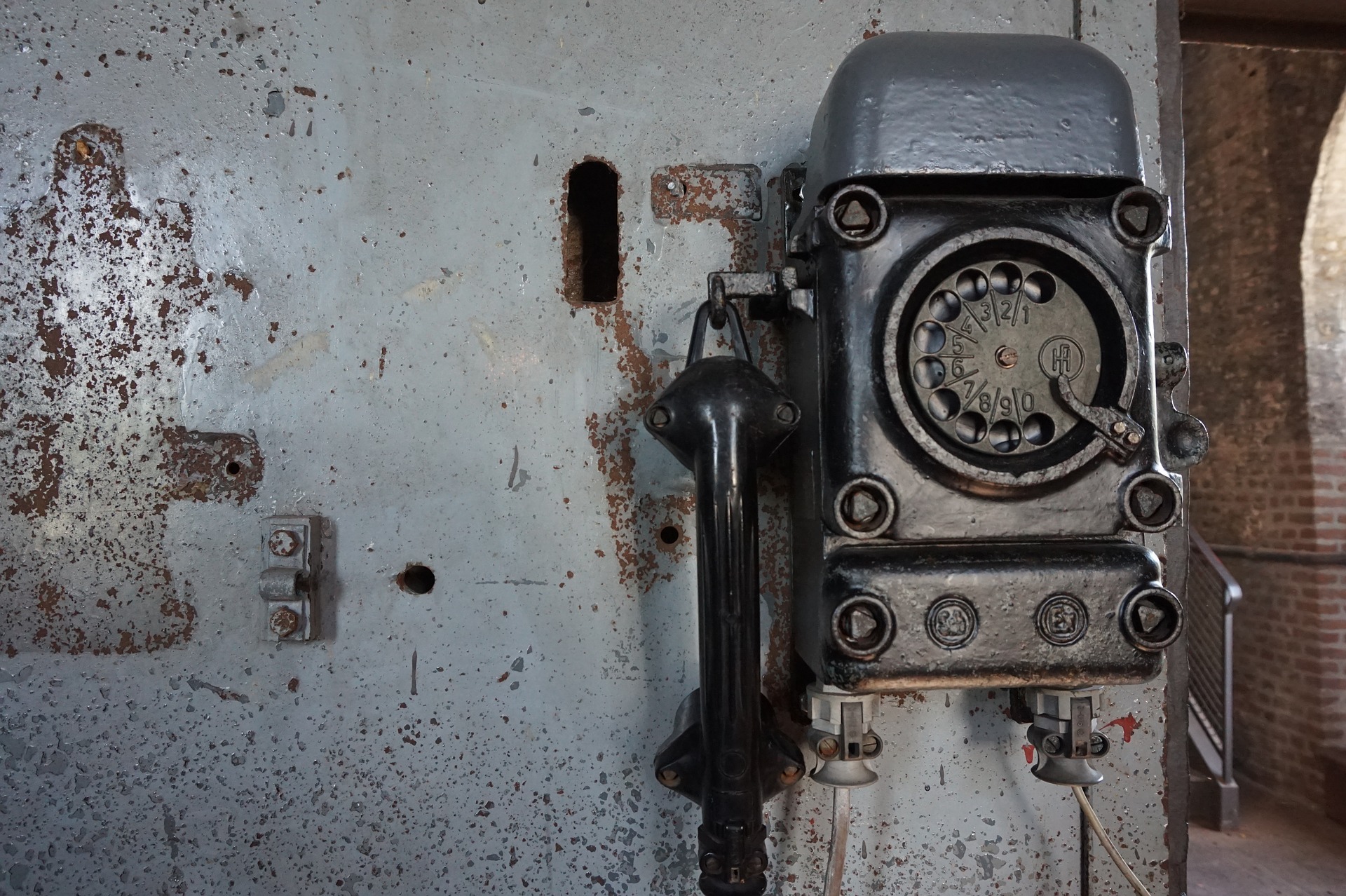 Many urban legends about so-called “cursed” phone numbers center around what happens if you call those numbers yourself from another line — but there’s one story floating around out there that takes that premise and twists it: The cursed mobile phone number 088-8888-888 has allegedly been taken out of service because it kills everyone who is assigned it. There is, of course, more to the story than meets the eye — there always is — but the reason the number has gained the reputation for being cursed in the first place is actually very, very real: Within the space of five years, three different people who had 088-8888-888 as their mobile number did actually die in a terrible, tragic fashion.

The phone number in question is a Bulgarian mobile phone number. (And yes, the current correct format for Bulgarian mobile phone numbers is XXX-XXXX-XXX, not XXX-XXX-XXXX; I’m loathe to cite Wikipedia as a source, but it’s got the clearest explanation for why the format of Bulgarian cell phone numbers is often confused, so for this brief diversion, I’ll send you over there for more.) Bulgaria does not, as far a I know, have any negative superstitions surrounding the number eight; nor, for that matter, do any other countries. Indeed, the only locations I could find that do observe certain beliefs about the number view it as a good thing: In some East Asian countries, eight is a lucky number, not an omen of ill fortune. However, sometimes, an odd or unusual pattern is enough to give birth to superstition — when it comes to 088-8888-888, it’s hard to ignore the deaths associated with it. 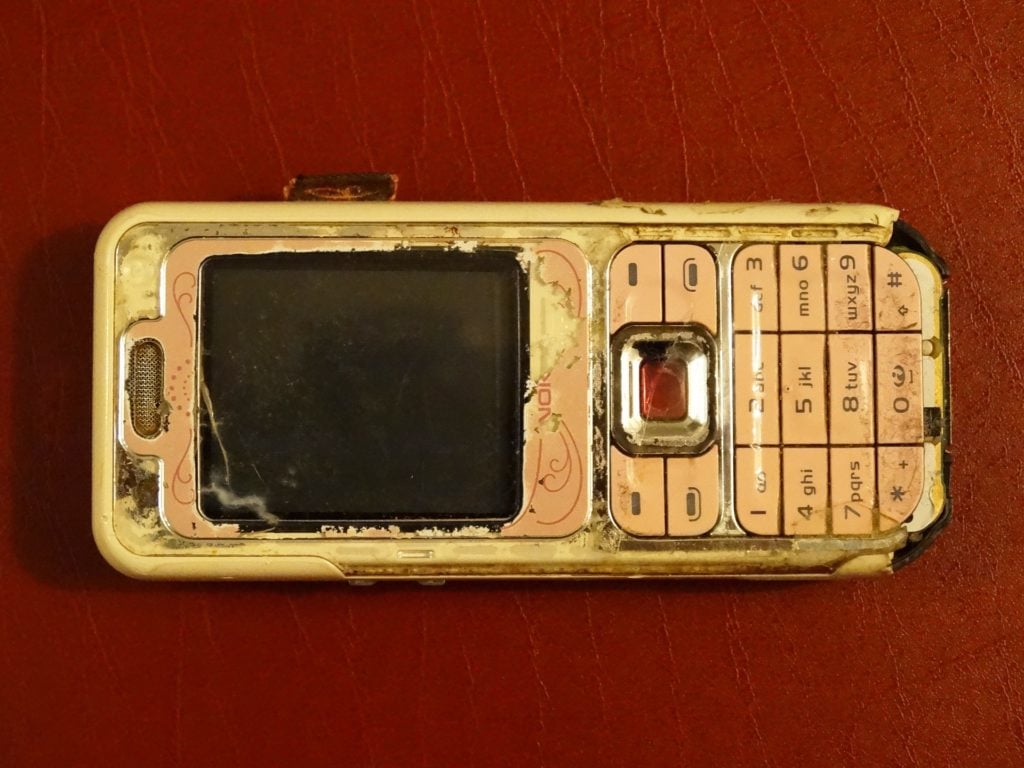 On Oct. 9, 2001, the first owner of the phone number, former mobile phone company executive Vladimir Grashnov died in hospital. His death was unexpected; he was still relatively young, just a month and a half shy of his 49th birthday. (Grashnov was born on Nov. 24, 1952.)

Weirdly, almost every single English language source about the allegedly “cursed” phone number — including the Telegraph, who, frankly, should know better — identifies Grashnov as the former CEO of Mobitel. This, however, is incorrect: According to obituaries published by Standart News, of which Grashnov was a board member, and Bulgarian news agency Novinite, he was the former CEO of Mobiltel — with an additional L — also known as Mtel. Originally founded in 1994 and launched in 1995 under the name Citron, Mobiltel was the first GSM mobile phone operator in Bulgaria; these days, operating as A1, it remains the largest mobile phone operator in the country. It’s based in Sofia, Bulgaria. Mobitel, meanwhile, is a totally different mobile phone company based in Sri Lanka.

Here is why that matters: Mobiltel is the company that actually operates the 088-8888-888 number. It was originally issued to Grashnov, who apparently used his own service.

It’s not totally clear exactly what the cause of Grashnov’s death was. The obituaries just note that he passed away in hospital after a “prolonged illness”; there’s no mention of what that illness was. Novinite also wrote that Grashnov had apparently been in need of a blood transfusion that was not granted shortly before his death. Most English language sources cite the cause of death as cancer, although given that these are the same sources that failed to identify the correct company of which Grashnov was formerly CEO, I’m not sure how reliable they are. Rumors have also circulated that, if it was cancer, it may have been “caused by a business rival using radioactive poisoning,” according to the Telegraph. As far as I know, these rumors have not been substantiated.

What we do know, though, is that Grashnov had been issued the 088-8888-888 mobile number, and later died early and unexpectedly. And we also know that the same thing happened to the next two owners of the phone number: Bulgarian mobster Konstantin “Samokovetsa” Dimitrov and Konstantin Dishliev.

Twice Is A Coincidence; Three Times Is A Pattern 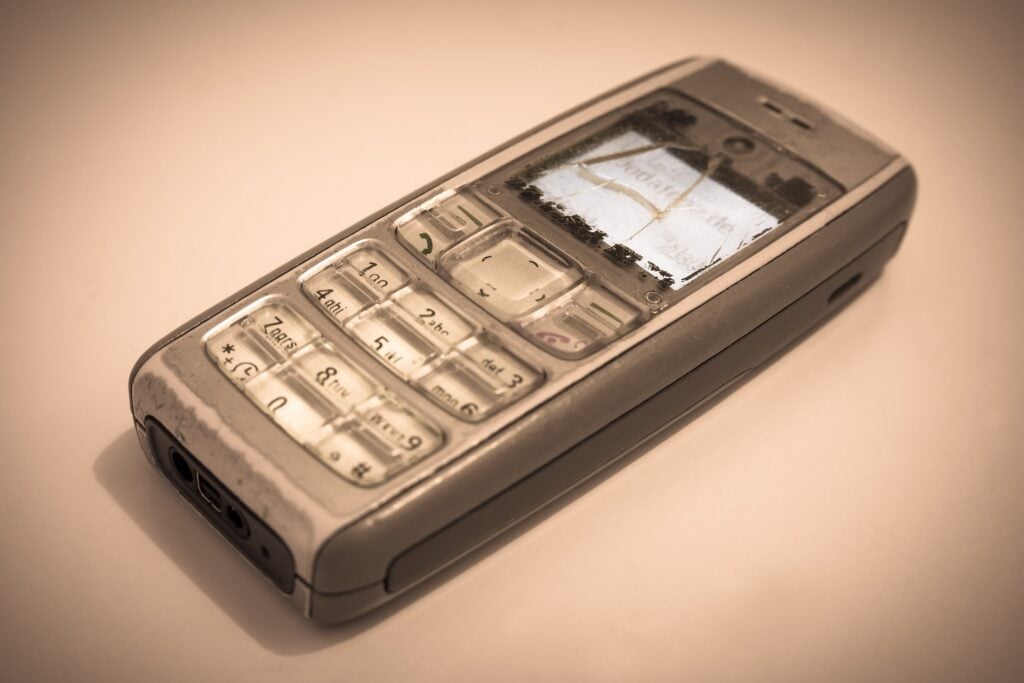 Konstantin Dimitrov was born on Nov. 21, 1970 in the town of Samokov — hence the nickname by which he would become known. By the age of 33, he had become well known in Bulgaria’s world of organized crime; after working his way up the ranks of Vasil Iliev Security, or VIS — an “insurance and security company” thought to be a front for criminal activity — he developed a reputation for being one of the biggest drug smuggler in the country. According to Novinite, Dimitrov’s people were all over Bulgarian customs during his reign.

And on Dec. 6, 2003, Dimitrov, who had left Bulgaria for the Netherlands on Nov. 7, was gunned down outside the Amsterdam Diamond Center, the largest diamond shop in Amsterdam.

He did not survive the attack.

After Dimitrov’s death, the 088-8888-888 phone number was assigned to Konstantin Dishliev, a 28-year-old businessman and real estate entrepreneur — who was also shot to death after receiving the number: On May 14, 2005, Dishliev was gunned down in front of a restaurant in Sofia.

Like Dimitrov, Dishliev may have had a connection to organized crime. Many English language sources state that he had secretly been running a huge cocaine trafficking operation — which, if true, may have been connected to his death. The Telegraph, for example, reports that Dishliev was assassinated “after £130 million of [cocaine] was intercepted by police on its way into [Bulgaria] from Colombia,” while independent investigative journal Bivola noted that Dishliev had been “killed for trying to eliminate Evelin Banev [also known as Brendo] in the drug trafficking business.”

I haven’t been able to conclusively verify whether Dishliev really was a drug trafficker (I’m working with a lot of barriers here as far as the research goes, of which the language barrier is just one), but there are at least some connections that would make sense if it were true. For example, in 2013, Banev, who is known as the “Cocaine King,” his ex-wife Monika Dobrinova, Dishliev’s widow Desislava Dishlieva, and Simo Karaychev were charged with laundering money through the use of a personal account that once belonged to Dishliev; according to Novinite, the prosecution “[believed] they were part of an international drug money laundering ring.” (Banev was sentenced in Italy to 20 years in prison for participating in organized crime and international drug trafficking, but the sentence was annulled in 2015, according to Bulgarian news outlet 24 Hours.)

Either way, though, the trend — the pattern — continued: First Grashnov; then Dimitrov; then Dishliev. 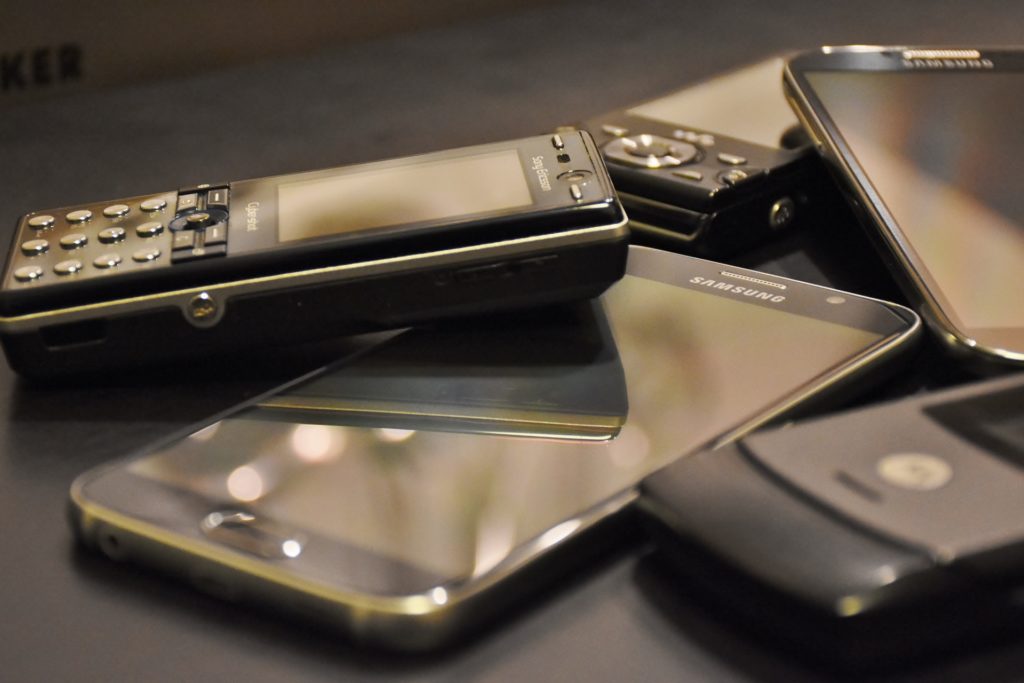 On May 25, 2010, the Telegraph reported that the number 088-8888-888 was “understood to have been dormant while police maintained an open file on Dishliev’s killing and his smuggling ring” — but also that “now, phone bosses are said to have suspended the number for good.” At the time of the piece’s publication, the report claimd, people who attempted to dial 088-8888-888 received “a recorded message saying the phone is ‘outside network coverage.’” It’s worth noting that Mobiltel/A1 didn’t confirm whether or not the number had actually been taken out of service; a spokesperson for the company simply told the Telegraph, “We have no comment to make. We won’t discuss individual numbers.” But it didn’t matter: Following that report, the story spread like wildfire, getting picked up by numerous outlets in a matter of days.

Is it really cursed, though? Well, that depends on how you feel about curses. Personally, I think the whole “this phone number is so cursed it’s been taken out of service!” story is the kind of story we tell ourselves in order to make sense of something we just don’t understand. If you’re a regular reader of TGIMM, that thought will sound familiar to you; it’s also why I think we tell ghost stories, particularly haunted house tales, and why we’re willing to interpret what’s essentially just noise as something more meaningful and intentional. The fact of the matter is that the coincidence of all three owners of the 088-8888-888 phone number dying young and in unnatural ways is really, really weird — so I think we try to make sense of it by telling ourselves that the number itself must be cursed. And when you add in the fact that it’s been out of service for so long… well, that’s just the icing on the proverbial cake, isn’t it? 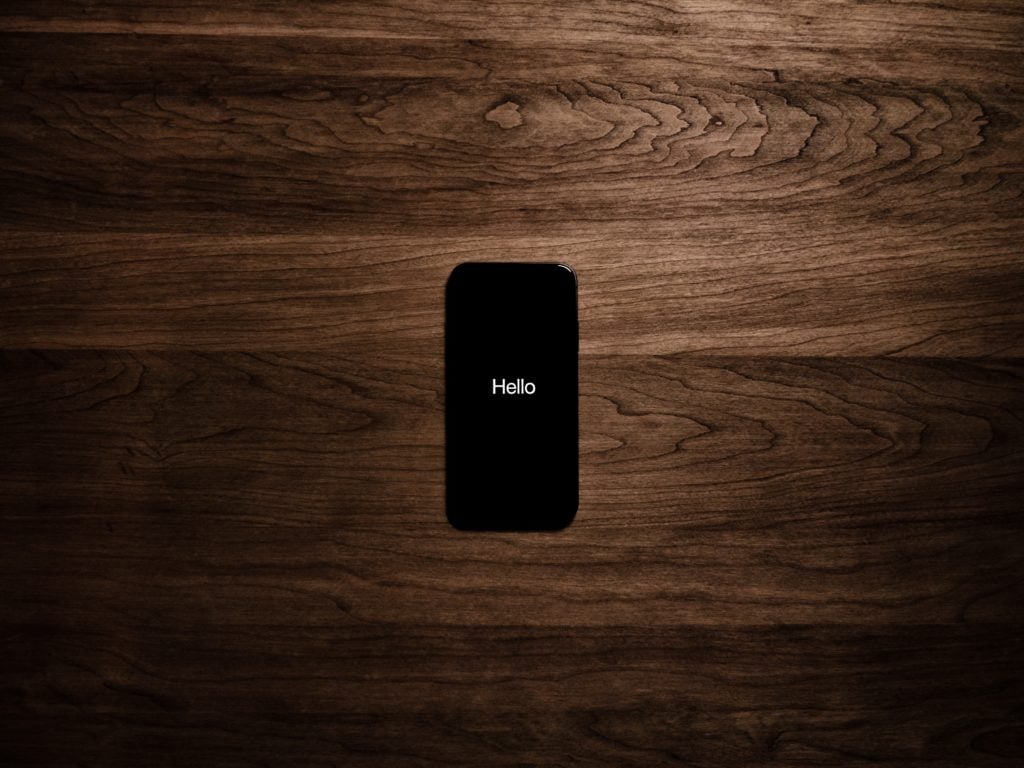 It’s been more than eight years since the Telegraph’s piece hit the internet, and the legend is still going strong — even though the question of whether the phone number is in operation now might complicate things somewhat. Has anyone tried to call it recently?

Well… yes and no. There are plenty of videos on YouTube of people attempting to call the “cursed” number, but they’re of limited usefulness.

The same caveat that applies to Sadako’s phone number applies here: You have to dial the number correctly in order to truly see whether it works or not. Since this number is a Bulgarian number, you can’t just dial 088-8888-888 if you’re calling from outside of Bulgaria; you have to dial both the exit code for the country you’re in and the country code for Bulgaria before you type in the actual phone number. So, in order to dial this supposedly cursed number from, say, the United States, you’d have to dial 011-359-088-8888-888 in order to make the call correctly.

And unfortunately, most — and, in fact, pretty much all — of the videos on YouTube purporting to show people dialing the number actually show people dialing it incorrectly. These YouTubers largely do not appear to be based in Bulgaria, but all they dial is 088-8888-888 — without either an exit code for their own country or the Bulgarian country code dialed first.

What’s also interesting to me, though, is that a lot of these videos seem to misunderstand the nature of the alleged curse pegged to the phone number in the first place. Saying, “Calling 088-8888-888 I don’t know if I’ll live past this week or not” doesn’t make sense in this situation because it isn’t calling the phone number that allegedly causes the curse to activate — it’s actually having it assigned as your own cell phone number. If you were to go to Bulgaria, talk to Mobiltel/A1, and have them give 088-8888-888 to you as your number, then you’d be able to claim that you’re questioning whether you’ll live past that week — but not if all you’re doing is dialing it.

In any event, I haven’t attempted to call 088-8888-888 myself; as was the case with my investigation into Sadako’s phone number, I am just not willing to incur massive long-distanecs charges for dialing an international number. (Sorry.)

But I can tell you this: According to various reverse phone number lookup services, 088-8888-888 does currently have an owner.

His name is Ivan Toshev, and he lives in Bulgaria. The number is still serviced by “MobilTel AD.”

Because if it is… well, let’s just say that the Botev Vratsa club could be in for a very bad time during a future match.