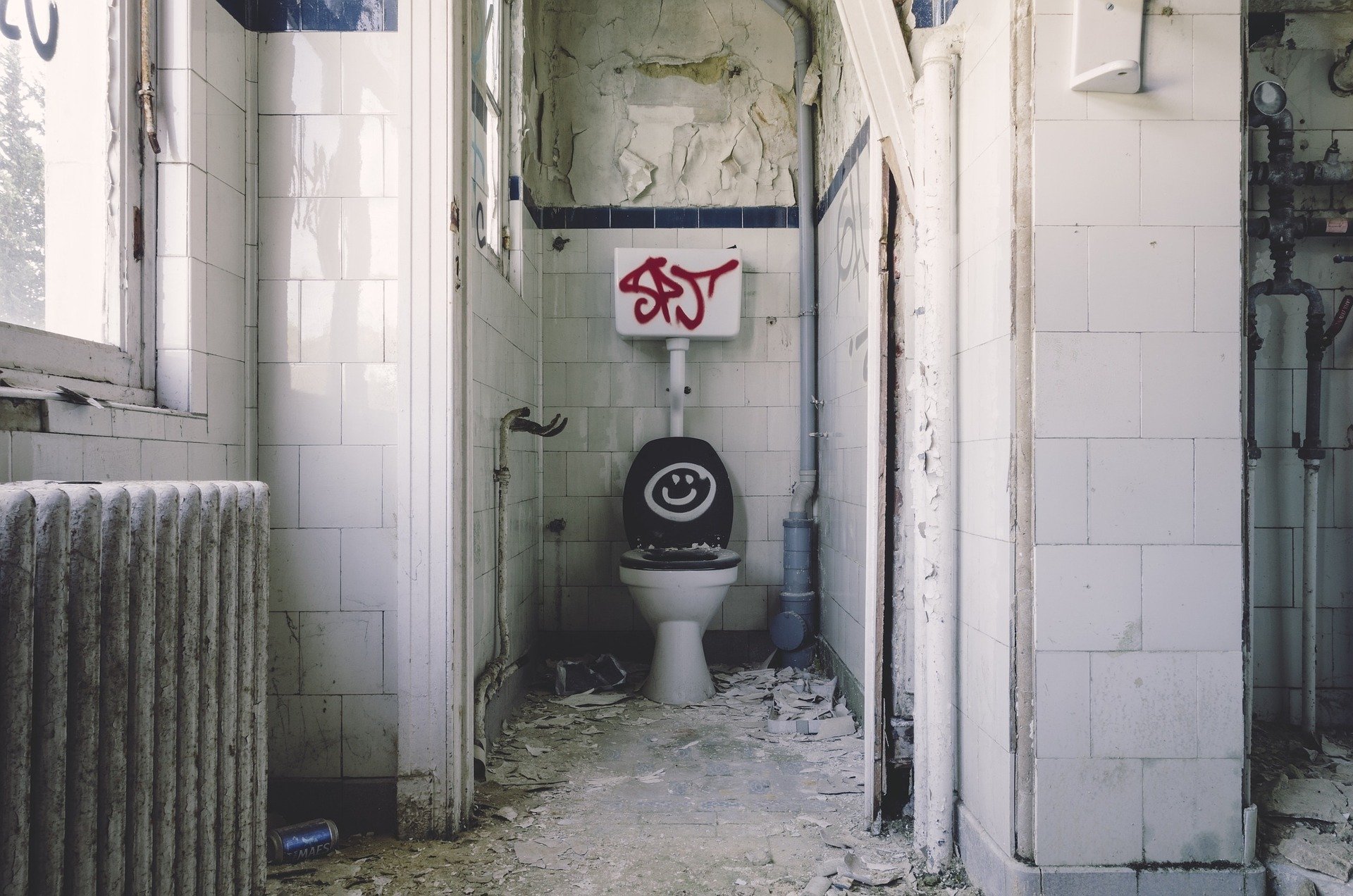 Period/location of origin: Mid-20th century, Japan. Reports vary as to the date of origin; according to some, subject first appeared during the 1950s, while according to others, subject’s first appearance may have occurred earlier during the 1940s. No specific region of Japan has been identified as subject’s home area — subject apparently belongs to everyone, everywhere within the country of Japan.

Appearance: Subject appears to be a small girl with bobbed hair and a red skirt. Subject typically occupies the third stall of the third floor girls’ bathroom of local elementary schools in Japan; however, according to some reports, subject may instead occupy the fourth stall of the fourth floor girls’ bathroom. Also, it should be noted that subject’s initial appearance may be nothing more than a ruse: Subject has alternatively been described as a three-headed, flesh-eating lizard.

Modus operandi: Subject habitually lies in wait until summoned by a target. Should target enter the third floor girls’ bathroom alone, knock three times on the door of the third stall, and ask, “Are you there, Hanako-san?”, subject will respond, in the voice of a child, “I am here.” Subject will also open the stall door slightly. Should the target then fully open the stall door, subject will reveal itself to target.

Reports of precisely what occurs once target has opened the stall door are conflicting. According to some, subject is benign; indeed, subject may occasionally protect children from bullying. According to other reports, however, subject will either seize target and drag them to hell, or simply consume them. Reports of subject consuming targets coincide with descriptions of subject as a three-headed, flesh-eating lizard.

Subject may also curse targets who fall and scrape their knees on the playground. This curse takes the form of a fungus infecting targets’ wounds.

Much remains unknown or in dispute about subject due to further conflict between reports. According to some reports, subject may only be summoned on Friday the 13th, or only between the hours of one and three o’clock in the morning; according to others, however, subject does not require a particular date or time to be summoned. Additionally, some reports state that subject’s presence is constant, indicated by the regular occurrence of flickering lights, disembodied voices, a stall door that opens and closes on its own, and/or a perpetual “Out Of Order” sign on the third stall door in any bathroom where subject typically resides; others, however, suggest that subject will not indicate its presence unless targets enter the bathroom alone.

Containment: Unknown. Reports that presenting a completed and graded school exam with a perfect score may halt subject’s activities have not been verified.

Additional notes: Subject’s true origins remain unknown. According to some stories, subject is the spirit of a girl who died in a bombing that occurred during the Second World War; in this version, subject is said to have been playing hide and seek, only to have become trapped in her hiding spot in the third floor girls’ bathroom when the bombing began. She was subsequently killed. However, other stories suggest that subject is the spirit of a girl who was severely bullied at school and died by suicide in the third stall of the third floor girls’ bathroom, while still others describe her as a murder victim who was killed in the bathroom by either a parent or a complete stranger. (It is unclear whether the parent is meant to be subject’s or the parent of another student at subject’s school.) In one story, subject is said to have fallen out of the library window by accident, although the connection between this origin and the third floor girls’ bathroom is unclear.

Regional variations suggest that subject’s origin and/or MO changes depending on the location in which subject is summoned. In Iwate prefecture, it is said that after summoning subject, a large, white hand will emerge from the stall and seize target. Reports from Kanagawa prefecture are similar, although the handy is described as bloody instead of white; additionally, one report from a school in Kanagawa prefecture’s Yokohama notes that subject may appear in the boys’ bathroom if target walks around the toilet three times while chanting subject’s name. Yamagata prefecture’s version features the three-headed, flesh-eating lizards previously described. The origin story in which subject was the victim of an accidental fall has proliferated in Fukushima prefecture.

Summoning subject seems to have become a sort of challenge for Japanese school children, similar to Bloody Mary in the United States. It may function as a hazing ritual, or simply as a childish dare.

It is not recommended that anyone, child or adult, take part in this challenge.

Have You Heard The One About…?

Hanako-san, Terror Of The Toilet.

The Urban Legend Of Hanako-san.