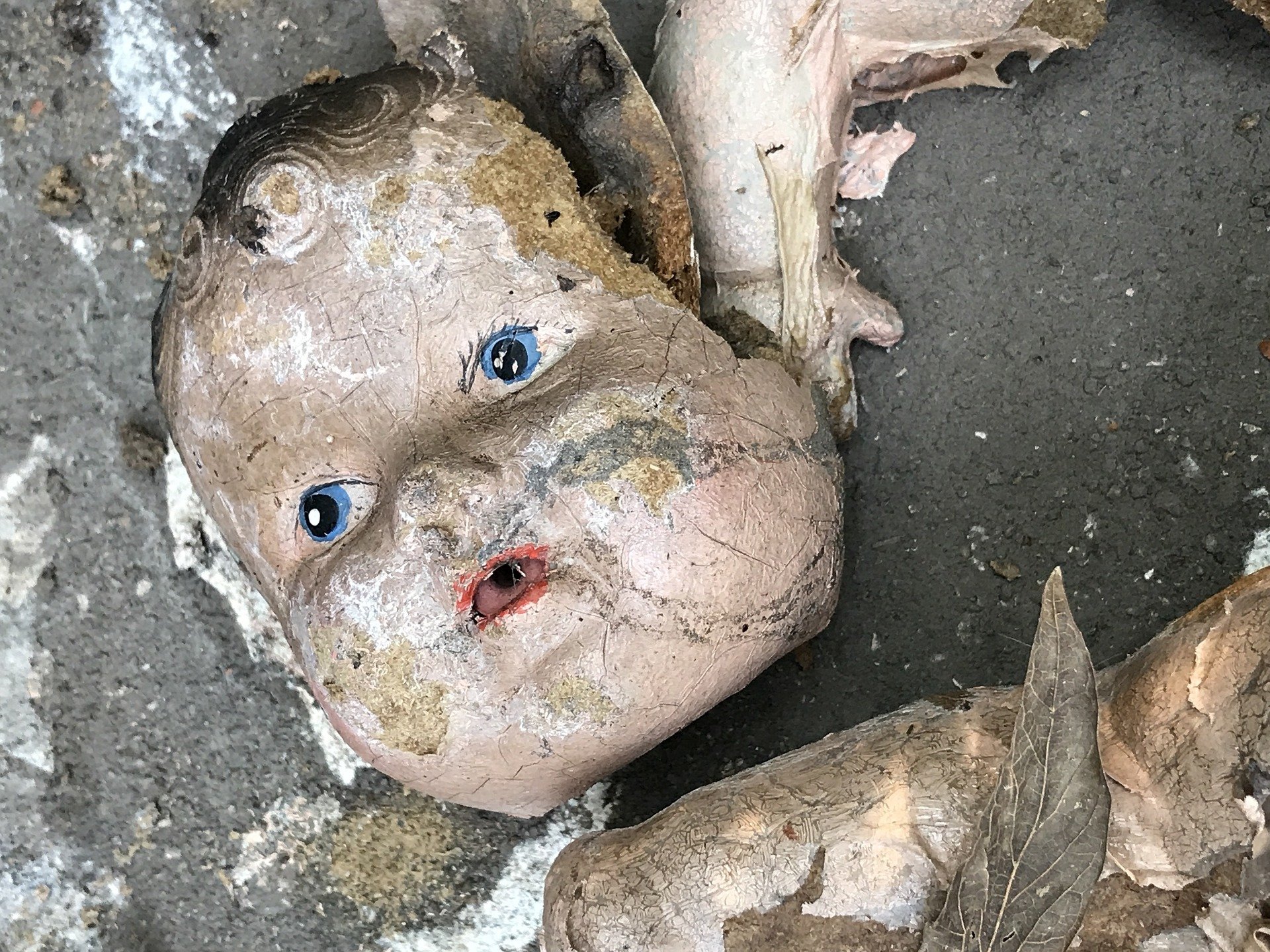 The origins of the game Blue Baby, Baby Blue — or Blue Baby; Blue Baby Blue; Baby Blue; or Baby Blue, Blue Baby, as it’s variously known — are difficult to untangle; I’ve been hearing about it for years, but honestly, I couldn’t tell you when the first time I recall it being mentioned was. I’ve got a theory, though — and that’s that this particular game evolved out of another one: Bloody Mary.

My reasoning is this: One variation of Bloody Mary involves summoning the titular spirit by chanting, “Bloody Mary! I killed your baby!” One version of Baby Blue, meanwhile, has a losing condition in which a woman bursts through a mirror while screaming at the player to give her back her baby. It’s such a short jump from Point A to Point B here that I can’t help but wonder if the first led directly to the second — a thought which, I think, is strengthened by the fact that both Bloody Mary and Baby Blue serve one purpose and one purpose only: To tempt fate. They’re challenges, not rituals meant to provide luck or good fortune or a glimpse into the future or what have you. The winning condition is simply surviving.

If my theory is right, by the way, that also gives us an idea of when the Baby Blue story might first have appeared: Around or shortly prior to the 1970s. Folklorist Janet Langlois’ essay “Mary Whales, I Believe In You,” which was originally published in 1978 and republished in Indiana Folklore: A Reader in 1980, details some of the earliest research we have on the myth; as such, it’s thought that Bloody Mary in its current form may have originated sometime around then.

It’s also interesting to me that, as is the case with The Raven Man, there’s more than one version of Baby Blue floating around out there. I’ve included the instructions for two variations below; there might be more, though. Who knows how many ways to summon Baby Blue there might be?

As always… well, you know how it goes.

The following chants may be used as alternatives to the “Blue baby, baby blue” chant presented here:

Regardless as to which option is used, the chant should be repeated a total of 13 times.

Do NOT hold the weight for too long. Do NOT fail to flush the toilet. Do NOT fail to exit the bathroom as quickly as possible. Failure to complete these actions in time may result in one of two situations: A woman may appear in the mirror and demand the return of her baby; or, the scratching on your arms may become unbearable. If either of these situations occur, a losing condition has been achieved.

Do NOT drop the weight more than twice. Should it be dropped three times, the mirror before you will shatter. If this situation occurs, a losing condition has been achieved.

“Blue baby syndrome” is a colloquial term for cyanosis in infants. Cyanosis — a blueish tint to the skin — occurs due to poorly oxygenated blood. Blue baby syndrome can be fatal in some cases.

It is unknown whether blue baby syndrome has any connection to the game presented here.

Achieving a losing condition has only one possible outcome.

Do not achieve a losing condition.