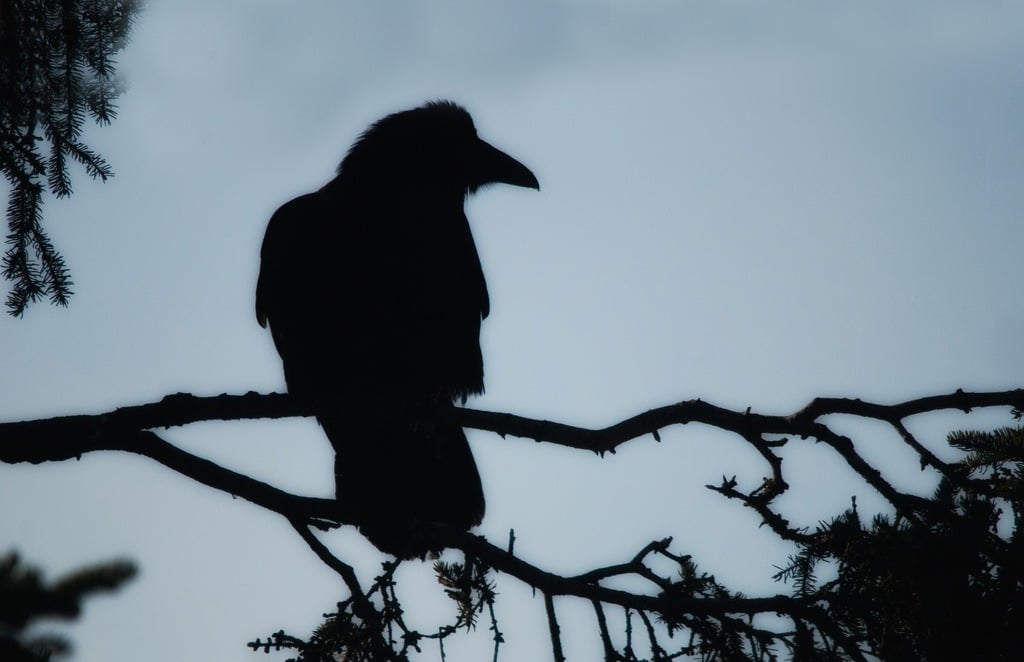 I was unable to find out anything about The Raven Man’s origins; I was, however, able to find two different versions of the game: One you can play alone, and one that requires three people. The three-person version is a liiiiiiiittle sexist — the rules stipulate that one of the players must be a “virgin girl” intended to function as a symbolic sacrifice, while the “incanter” must be male — so if that gives you pause (it did me), then you may want to stick with the one-person version. In either event, though, I’ve provided the instructions for both; each required a good deal of cleaning up, but I believe the instructions I’ve put together here to be the clearest and most precise versions out there. Once the Raven Man has been summoned, you may ask anything of him: Questions for information, tasks for him to complete; and so on. Be careful not to ask too much of him, though; he does not take kindly to being used.

Ravens, of course, have long been believed to be ill omens. Carrion birds are not often looked upon kindly; as such, it’s perhaps unsurprising that many cultures associate ravens with death and lost souls. They’re also, however, sometimes considered very wise, indeed — which, when combined with their less-than-savory reputation, may account for the Raven Man’s dangerous nature.

If the Offering Fails to Relight the Flame:

Those within the circle of stones may vanish. It is uncertain what happens to them or where they go; however, should one ask the Raven Man that question, he will respond only this:

“You would wish I had not told you.”