October is certainly turning out to be a good month for new podcasts about spooky things; hot on the heels of The Polybius Conspiracy, the podcast Inside The Exorcist has arrived, taking us on a strange, frightening, and thrilling journey through the making of The Exorcist — the 1973 film directed by William Friedkin, which, although initially only slated for an extremely limited release, went on to earn 10 Oscar nominations (of which it won two) and become one of the highest-grossing films in history. And if it’s anything like Inside Psycho, the six-part deep dive into the making of Psycho that marked Inside The Exorcist’s creators’ first outing, this podcast is going to be extraordinary.

Created by Mark Ramsey and presented by Wondery, Inside Psycho is one of my favorite things I’ve listened to this year. Part of it is certainly due to how meticulously it was researched; it’s among the best when it comes to scholarship, keeping company with greats like You Must Remember This and Lore. But beyond that, the way it’s presented is remarkable. There’s an immediacy to the storytelling that you don’t often find in podcasts about history — that is, despite addressing events that happened in the past, the podcast positions itself by talking about them as if they’re happening right then and there. Between the writing, the performance, and the sound design, Inside Pycho is a remarkable piece of theatre — just one that’s entirely audio. The sequence in the first episode in which Ramsey leads us through Ed Gein’s house as if it were a museum is something that I will always, always remember.

The beginning of Inside The Exorcist doesn’t make quite the same splash as that of Inside Psycho — although to be fair, that’s largely because the true story that would later inspire The Exorcist, although certainly frightening, isn’t nearly as bloody as the history at the root of Psycho. (When it comes to shock value, it’s hard to beat a guy who killed people and robbed graves in order to make literal suits out of his victims’ skin.) However, episode one of Inside The Exorcist does an excellent job introducing us to all the major players we’ll spend the rest of the series with: William Friedkin, who would direct the film; Linda Blair, who would star in it; William Peter Blatty, who would write both the screenplay and the novel on which it was based; and — perhaps most importantly — “Robbie Mannheim,” also known as “Roland Doe.” Both names are pseudonyms belonging to the Maryland boy who, at the age of 14, would be placed at the center of the most infamous exorcism case in American history. 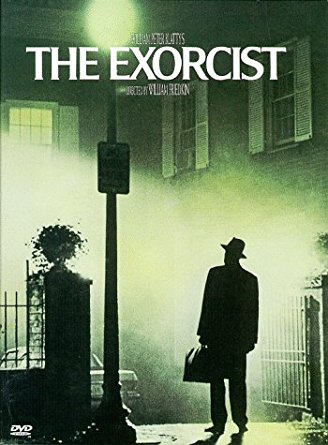 Indeed, it’s “Robbie” with whom we begin — although somewhat indirectly: At the start of the episode, we bear witness to the final moments of Bill Brinkley, the writer who, as a journalist for the Washington Post in 1949, wrote the cover story about Robbie’s experience: “Priest Frees Mount Rainier Boy Reported Held In Devil’s Grip.” Brinkley reportedly had nightmares about this story for the rest of his life — right up until the day he died.

And it’s no wonder. Despite the fact that the idea that Robbie was possessed by a demon is largely refuted today — many of the details were hearsay, there are a variety of inconsistencies in the story (Robbie apparently lived in Cottage City, Maryland, not Mount Rainier), and experts are generally in agreement that Robbie suffered not from demonic possession, but from mental illness — the story as it was originally told is horrifying, whether or not you believe in demonic forces.

It began with dripping noises, and then a scratching in the walls (an exterminator was brought in and found nothing). After Robbie’s Aunt Harriet died, he tried to contact her with a Ouija board she had given him; he also played a music box that had been a gift from her in the hopes that it would inspire her spirit to reach out to him. At night, he allegedly began to hear footsteps making their way not just across the floor, but also up the wall and across the ceiling. His bed shook violently; a rocking chair began to spin. It was a Lutheran minister who finally said to Robbie’s family that it was time to call in a Catholic priest.

There’s also this: Mark Ramsey did track down Robbie, reaching out to him in a phone call during July of 2017. However, Robbie declined to speak with him. The exact words he used before hanging up were, “Do not ever call me again.”

Do with that what you will.

The first episode of Inside The Exorcist also introduces us to Linda Blair, who, by the time she was 8 in 1967, was a successful child model with a chaotic home life; to William Peter Blatty, who watched his father walk out the door and never return when he was 3 and who eventually heard about Robbie Mannheim during a lecture in his junior year at Georgetown University in 1949; and to William Friedkin, who, as a teenager in Chicago in the 1950s, learned he had a talent for scaring people. The histories of all these people have not yet begun to weave together, but I’ve no doubt they will soon; the first episode ends with William Peter Blatty’s literary agent telling him, “Bill, at what point are you going to stop playing games and sit down and write something really great?” Soon, is the answer. Soon. 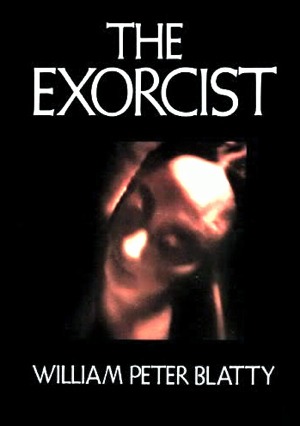 The novel The Exorcist was published in 1971, and, well… you can imagine where it’s all going to go from there. Especially if you still remember where you were the first time you saw the finished film.

The first time I saw The Exorcist, I was lucky enough to experience it in an actual cinema — not during the original release (I wasn’t alive yet then), but when it was re-released in 2000. I was 15 at the time, and deep into my ongoing examination of the classics of the horror genre. My dad was my guide; he pointed me towards Halloween, Alien, The Texas Chain Saw Massacre, and more. He was also the one who came to me and said, “Hey, The Exorcist is getting re-released — we should go see it.” And although this version, the director’s cut (not the original theatrical cut), was criticized for some of the changes it made, the spider walk scene struck a chord with me; there’s something about the human body contorted into shapes it should not be able to form that just really gets me. The scene has been surprisingly controversial; I’m looking forward to seeing how the podcast deals with it.

Inside The Exorcist uses the same style of presentation that Inside Psycho did, and to great effect: Ramsey makes a one-man show out of it, playing not just the narrator, but all of the parts, as well — from the stars all the way down to the background players. As you listen to it, you’ll feel as if you’re right there in the room while the scene plays out, making listeners a part of it, rather than passive observers. And that, I think, is often the strength of podcasting as a storytelling medium; because it requires such a different kind of focus than visual mediums like film, television, or even literature, it has a way of involving you, of implicating you, as you listen along.

And for a story like Inside The Exorcist, it’s perfect.

Inside The Exorcist drops on Oct. 10; there will be seven parts in total. Head over to Wondery to check it out.