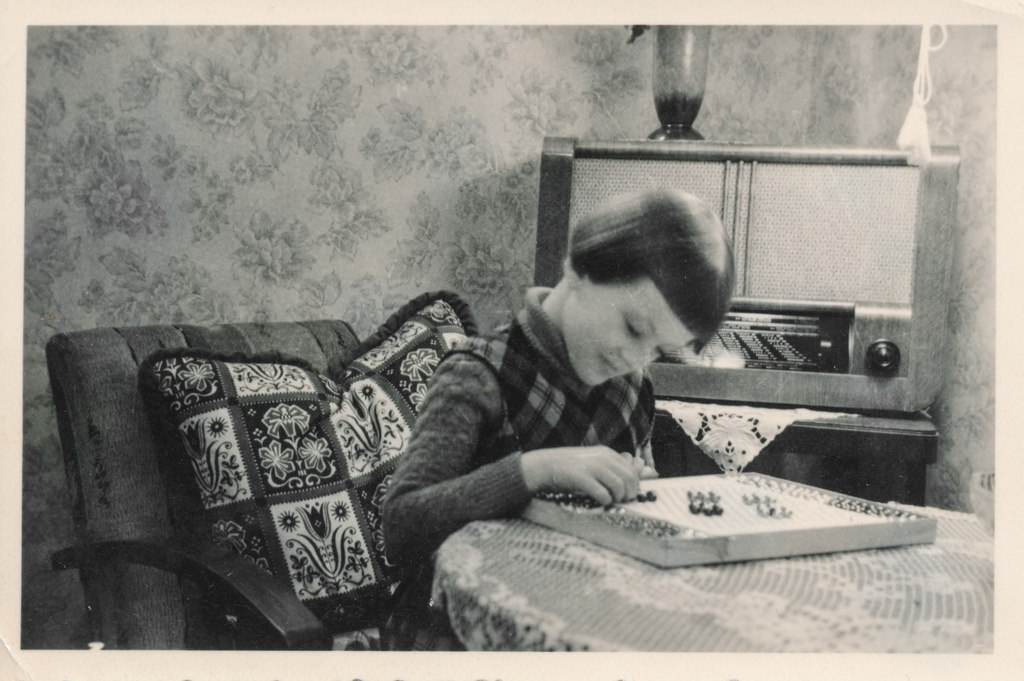 I remarked at the end of my… well, I’m not sure I’d call it a review, but let’s go with that for now. Anyway, I remarked at the end of my review of the podcast Rabbits’ first episode that I thought the podcast’s main strength is the world it’s building: The game itself, and the way the game hides in plain sight, are by far the most fascinating elements at this point in the story. So, let’s play a game a game of our own, shall we? No, not that kind of game — I mean one of those, “If you like This Very Particular Thing, you might also like…” sorts of things that sometimes pop up on forums and other online gathering places. If you like the podcast Rabbits, you’ll probably like at least a couple of the things on this list I have painstakingly curated here.

Although I definitely don’t think Rabbits is perfect, it does have a tendency to stay on your mind — which, I would argue, is probably better than being “perfect” in the long run, anyway. After I listened to the first episode, I kept coming back to the game itself. It reminded me a lot of many of the other pieces of media and oddness I’ve paid attention to throughout my life —  so I wondered whether you might be interested in exploring those things, too, Gentle Readers.

OK, so maybe it’s not much of a game. It’s more like a list of recommendations — tangentially related things to check out that might be of interest for those of you who find yourselves intrigued by Rabbits — even if you, too, think it’s far from perfect.

The game, as they say, is afoot.

Push, Nevada is probably best described as Twin Peaks, but in the Nevada desert, and also it could literally make you a millionaire if you were savvy enough. Created by — of all people — Matt Damon, Ben Affleck, Sean Bailey, and Chris Moore, it followed IRS agent Jim Prufrock during his efforts to investigate a rather impressive accounting error made by a casino in the town of Push. It was smart, and it was weird, and I loved it so much — so naturally, it was cancelled by ABC just seven episodes in, becoming one of the first casualties of the Fall 2002 television season. Figures, doesn’t it?

What really set it apart is that millionaire thing: Clues scattered throughout the episodes encouraged viewers to solve the mystery of Push — and if they did so before anyone else did, a sum of $1,045,000 was theirs. It was won by Mark Nakamoto of New Jersey, who decoded a phone number from the clues and called it within about two minutes of the final clue’s arrival. Smart dude.

I was in high school when Push, Nevada aired, and even though I haven’t rewatched it since (it’s hard to get a hold of — I don’t believe it was ever released on DVD, although there’s a super low-quality upload of it floating around YouTube these days), I still remember it with an astonishing degree of vividness. In fact, it is still immediately what I think of whenever I see Derek Cecil in anything — so, in my head, Seth Grayson in House of Cards is actually Jim Prufrock in disguise.

“The Harvest” by Amy Hempel

Rabbits host Carly Parker tweeted the link to this one out shortly after the podcast debuted, noting it to be her favorite short story by her favorite writer. Although the overt theme of games isn’t present in “The Harvest,” it touches upon the idea of duality that I suspect will be one of the core tenets of Rabbits: A car crash; or is there? A tragedy; or is it? A life derailed; or not? It’s a quick read; you can find it here.

The Secret — the treasure hunt book Rabbits makes reference to in its first episode, I mean, not the self-help book — is a real thing; Vice published a terrific piece documenting its history in June of 2016. But it’s far from the only “armchair treasure hunt” to have been published.

Masquerade, published in 1979, predated The Secret by several years; written and illustrated by artist Kit Williams, it sent readers on a search to find a gold, jewel-encrusted rabbit (…) buried somewhere in the UK. The mystery was solved in 1982, only to end in scandal; the prize had already been claimed by someone who had learned the location due to a “connection with Williams’ former girlfriend,” according to the Guardian.

There’s also The Merlin Mystery, which was published in 1998 — arguably the waning years of the published armchair treasure hunt, as the Age of the Internet was at that point well on its way. Solving the mystery involved figuring out how to cast a spell; the prize was $125,000, a 36-inch-long wand with a head made of gold, crystal, and silver, and a whole host of other treasures. It was never solved, so the prize was eventually donated to the World Wildlife Fund.

I remember when The Merlin Mystery was published; my dad brought it home one day and used it as a springboard to tell me about Masquerade. By the time Push, Nevada came along, I was well ready for it.

I’ve only been geocaching a few times, but it was enormously enjoyable. I’m going to assume it’s already in most of your cultural vocabularies at this point, Gentle Readers, but in case you need a primer, it’s kind of like a big groupthink treasure hunt: People in the geocaching community hide stuff and leave clues, and then other people in the community go out into the world and find them. Here’s a good place to start.

I was also fond of Dropspots, which were still a thing back when I lived in New York; I just checked the Dropspots website for the first time in years, though, and sadly, it looks like it’s defunct.  If I were pressed to describe the difference between Dropspots and geocaching, I would say that Dropspots are about what you find, while geocaching is about how you find it — each have their appeal, although Dropspots always felt slightly more whimsical to me.

Just hope you don’t find anything like the “prize” in the “Pale Luna” game while you’re at it.

The Raw Shark Texts is one of those wonderful books that uses its form as much as it does its content to tell its story — and I mean that in the most literal way possible. I’m not even really sure I should tell you much about this one; it’s so much better to go into it totally blind. ll you really need to know is that your narrator has amnesia and he’s trying to follow a trail of clues he’s left for himself to get to the bottom of one hell of a mystery.

Also, the idea of “falling out of a conceptual boat” remains one of the funniest jokes I’ve ever encountered.

Although 1997’s The Game wasn’t David Fincher’s most success film, it remains one of my favorites. Like The Raw Shark Texts, it’s probably best to go into this one not knowing much about it at all. The title is important, though.

(Also, fun fact: One of my colleagues also received a press release for this service reported on by Dread Central. I’m… not totally sure I’m down for that, but if you are, you do you.)

Night Mind’s Nick Nocturne believes The Wyoming Incident to be one of the earliest ARGs ever to hit the internet; it takes its cues from the very real Max Headroom broadcast signal intrusion (sorry, shameless plug there), with the initial video clip associated with it purporting to have made those who watched it seriously ill. There ended up being much more to it, of course — the story that unfolded from there told of cults and questionable internet forums and all sorts of wacky weirdness. This one got super meta after a while, with a number of instances of breaking the fourth wall perhaps not really breaking the fourth wall at all — and hey, guess what? After lying dormant for some time, it’s back! Check out the latest here.

Side note: I have a special fondness for The Wyoming Incident; I covered it for Crushable way back in 2011 in my column Creepy Things That Seem Real But Aren’t, and since that column is pretty much the reason TGIMM exists today, I owe everything I wrote about in a vote of thanks. So, hey, thanks Wyoming Incident. Without you, I wouldn’t have turned into the odd but relatively well-adjusted adult I am today.

File this one in the same folder you put “Pale Luna.” And then bury it. And if you value your life, don’t ever dig it up again.

We’re all familiar with the sensation of falling down a Wikipedia hole — you know, those times where you start by looking up the name of an actor and then end up several hours later on a page about anthropodermic bibliopegy. A similar thing can happen when you browse Netflix’s documentary section, which is how I found The Institute. (Sadly, The Institute doesn’t look like it’s available to stream on Netflix anymore, although I think you can get it from Amazon Prime.) It examines “the Jejune Institute,” an ARG that ran in San Francisco between 2008 and 2011 — and what I think the documentary gets at that just reading about the games themselves doesn’t is how all-consuming they can get for the people who play them. It’s fascinating, this human capacity for obsession; I think a lot of it also has to do with the feeling that you “belong” to something bigger than yourself — which, in the case of the Jejune Institute, brings up some interesting questions about whether the fictional Institute was a cult… or whether it was the game itself that was more cult-like in nature.

If you don’t have Amazon Prime, you can also read about the Jejune Institute in this great piece from Vice Motherboard.

Can I explain why I feel like all of these things might appeal to folks who dig Rabbits? Kind of, but not always. They don’t necessarily have a ton in common with each other on the surface… but they all feel quite similar to me. So, hey, do with that what you will. Got other suggestions? Let me know in the comments. I’m always willing to roll the dice, after all.