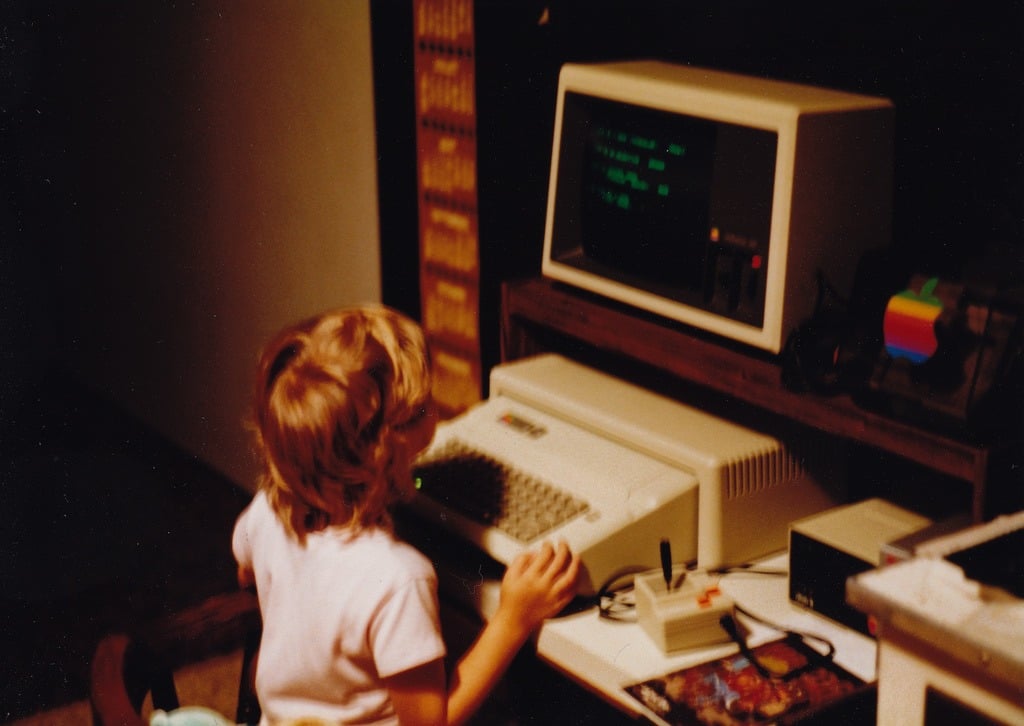 I actually don’t know much about the origins of “Pale Luna”; it was first uploaded to the Creepypasta Wikia on August 6, 2011, but I’m not sure whether the person who uploaded it is actually the original author. The story is credited to someone named “Ed”; however, no one seems to know who Ed is or what might have become of him.

In any event, “Pale Luna” is a creepypasta classic that usually hits all the nostalgia buttons for people who grew up playing Infocom text adventure games like the Zork series, Ballyhoo, and the Hitchhiker’s Guide to the Galaxy game. I’m one of those people; my earliest computer-related memories consist of my dad and I playing the aforementioned games on the huge, clunky laptop with the blue screen he had courtesy of his office.

None of the games we ever played were anything like “Pale Luna,” though — which, by the way, you actually can play these days, thanks to a creative Kongregate user. Check it out here.

In some ways, “Pale Luna” is similar to the short film “Internet Story”; exactly how, though, is something I’ll let you see for yourselves.

In the last decade and a half, it’s become infinitely easier to obtain exactly what you’re looking for by way of a couple of keystrokes. The Internet has made it all too simple to use a computer to change reality. An abundance of information is merely a search engine away, to the point where it’s hard to imagine life as any different.

Yet, a generation ago, when the words “streaming” and “torrent” were meaningless save for conversations about water, people met face-to-face to conduct software swap parties, trading games and applications on Sharpie-labeled five-and-a-quarter inch floppies.

Of course, most of the time the meets were a way for frugal, community-minded individuals to trade popular games like King’s Quest and Maniac Mansion amongst themselves. However, a few early programming talents designed their own computer games to share amongst their circle of acquaintances, who in turn would pass it on, until, if fun and well-designed enough, an independently-developed game had its place in the collection of aficionados across the country. Think of it as the 80’s equivalent of a viral video.

Pale Luna, on the other hand, was never circulated outside of the San Francisco Bay Area. All known copies have been long disposed of, all computers that have ever run the game now detritus buried under layers of filth and polystyrene. This fact is attributed to a number of rather abstruse design choices made by its programmer.

Pale Luna was a text adventure in the vein of Zork and The Lurking Horror, at a time when said genre was swiftly going out of fashion. Upon booting the program, the player was presented with a screen almost completely blank, except for the text:

-You are in a dark room. Moonlight shines through the window.

-There is GOLD in the corner, along with a SHOVEL and a ROPE.

-There is a DOOR to the EAST.

So began the game that one writer for a long-out-of-print fanzine decried as “enigmatic, nonsensical, and completely unplayable”. As the only commands that the game would accept were PICK UP GOLD, PICK UP SHOVEL, PICK UP ROPE, OPEN DOOR, and GO EAST, the player was soon presented with the following:

-PALE LUNA SMILES AT YOU.

-You are in a forest.There are paths to the NORTH, WEST, and EAST.