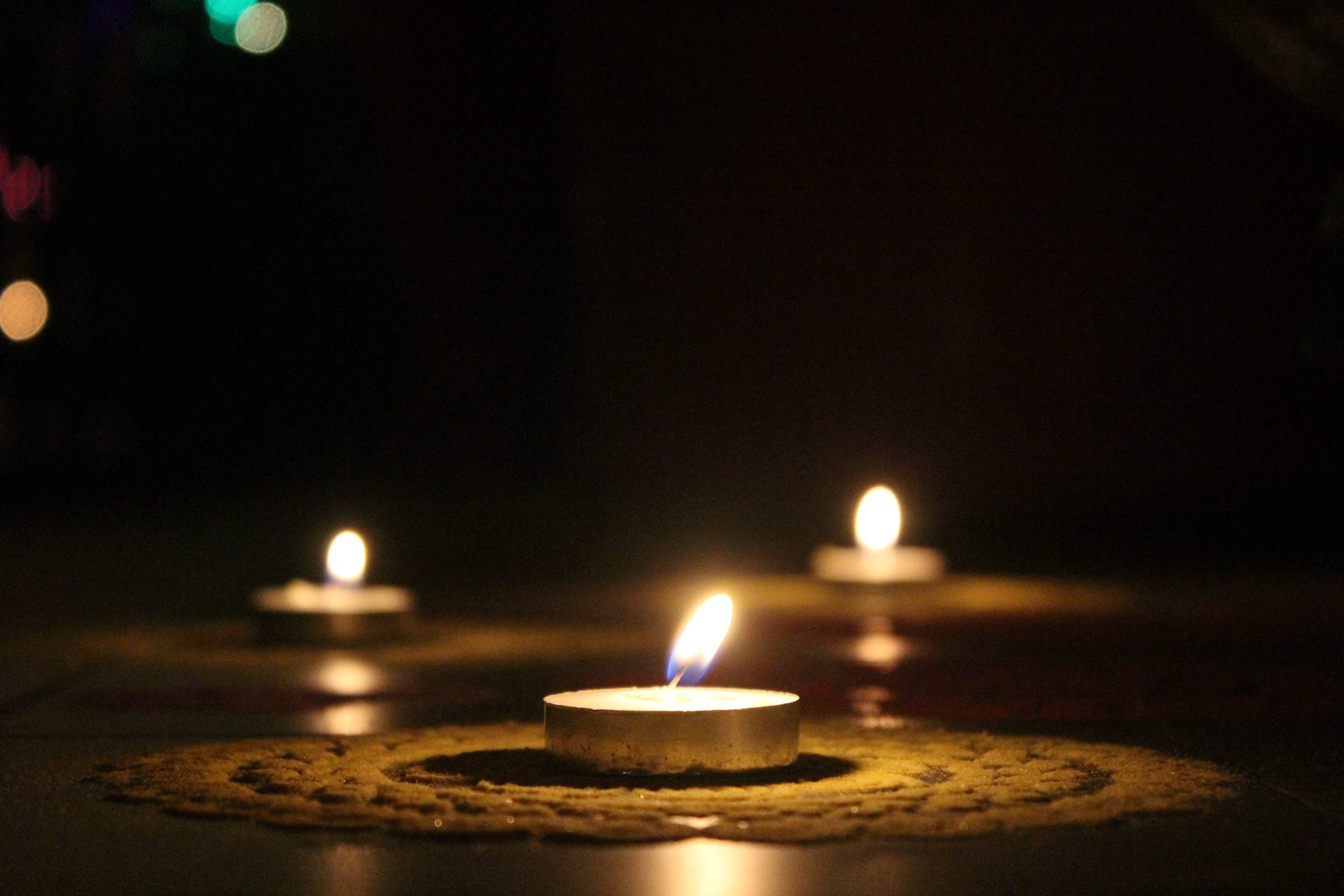 The ritual game referred to by some sources as Dream Of The Dead must be performed on Halloween night — which means you’ve got a few days left to prepare for it, should you wish to undertake it during this year’s Halloween season. The good news is that it’s relatively simple, all things considered; you probably already have most, if not all, of the things required to perform it. The bad news, though? Well, I’m not sure I’d really call it “bad news” — but it’s worth noting all the same: Even though it’s simple to perform, and even though it’s also relatively low-risk, comparatively speaking, it’s still not completely safe. None of these games ever are, after all — especially not on Halloween, when the veil between this world and the next is at its thinnest.

I initially encountered this one on Whispering Dark, who wrote in 2013 that they had found the rules for it detailed in “a book on rituals” they found while “browsing the Occult section of [their] University library.”  I have no way to verify that, of course; Whispering Dark failed to identify the exact source they used, on top of which the only other versions of this game I’ve been able to find online are simply translations of this post into other languages — namely, Indonesian and Malaysian (with a few small differences, which I’ve either incorporated or reconciled in the version seen here). Ah well; it is what it is.

In any event, this ritual is geared towards communing with the dead — not unlike, say, the Dumb Supper Ritual or the Halloween Summoning Ritual. You don’t necessarily have to have a goal beyond that in mind before you decide to play; indeed, I’d argue that in this case, “the simpler, the better” is a good rule to follow.

The four candles may be of any color, but for best results, use white candles.

It is not recommended that you fall asleep before 10pm; sleep for too long before midnight and you risk your body and your mind becoming increasingly vulnerable the longer and deeper you sleep. However, you must have fallen asleep prior to midnight in order for the ritual to succeed.

During Dreaming The Dream, the person or people you meet in your dream may ask you for a favor. If they do, they may promise to grant you something in return for doing their bidden. You do not necessarily need to agree to perform this favor; indeed, it is recommended that you do NOT. But it is up to you whether you decide to do as they ask or not — for better, or for worse.

Know this, though: As with the living, the dead do not always tell the truth; they are not above manipulation or other tactics to achieve their own goals.

You may not be able to trust what they tell you.

If you do not fall asleep by the time midnight arrives, stop trying and instead proceed directly to Waking From Sleep. Perform the procedures laid out in Waking From Sleep in their entirety, regardless as to whether or not you actually slept.

If you wake up and it is before midnight — that is, it is still October 31 — stay within the salt circle until midnight strikes. Then proceed to Waking From Sleep and perform the procedures as written.

If you wake up and it is long after midnight — 2am or later on November 1— perform the procedures laid out in Waking From Sleep immediately. Do not delay — and keep an eye on yourself in the days following. You may wish to purify yourself, as well as the playing space, at least once during this time — just to be safe.

If, at any point during the ritual, you feel a strange physical sensation on your body — a form of pressure, or an unseen weight pressing down upon you — HALT THE RITUAL IMMEDIATELY. Proceed directly to Waking From Sleep and perform the procedures laid out therein, in their entirety, regardless as to how far you did or did not make it through the rest of the ritual’s instructions.

Do not play this game again.

In fact, do not play any sort of ritual game again.