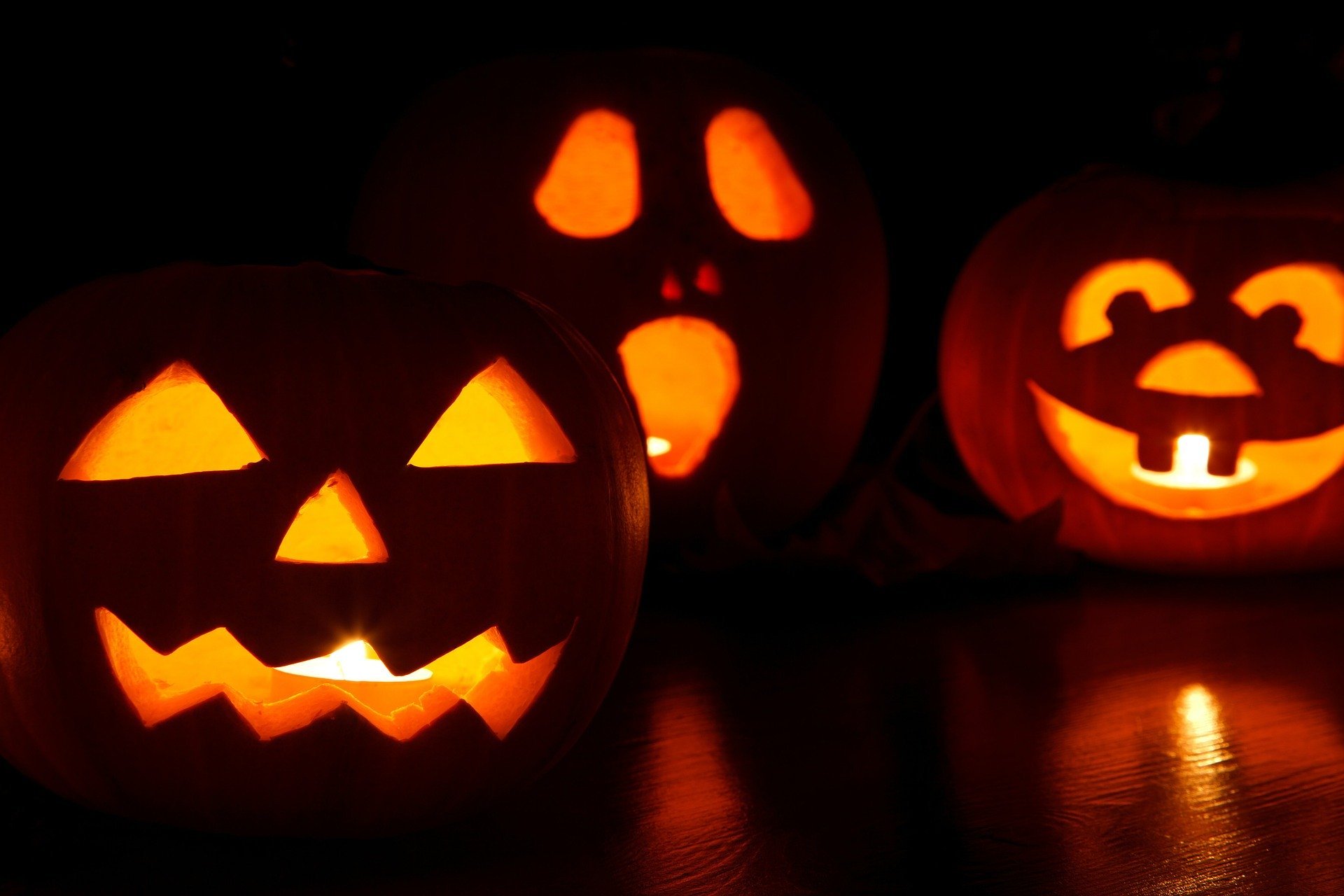 Period/location of origin: Unknown. Subject is believed to date back to the celebration of Samhain by Celtic societies in what is now modern-day Europe, specifically Ireland and Scotland. The term by which subject is known — “Jack O’ Lantern” — was used in the 17th century to refer to a night watchman, or a man with a lantern. By the early decades of the 19th century, it had become associated with subject itself.

Appearance: Subject appears to be a particular cultivar of winter squash, known scientifically as Cucurbita pepo and colloquially as a pumpkin, which has been carved in such a way as to resemble a face and lit from within by a candle or other small source of light. It may be commonly found on doorsteps or front porches, placed in front of doors, or framed within windows during the Halloween season, especially the month of October.

Modus operandi: Subject differs from many other entities documented in this Encyclopaedia in that its primary function is one of protection. When placed near a threshold or egress of a place of residence and properly illuminated, it may guard those within from other entities, should they attempt to gain entrance, or even frighten off said entities before they even approach the threshold. For this reason, subject may be considered an expression of apotropaic magic.

Should a candle specificallybe used as the source of illumination — a “real” candle, lit with a match and resulting in a live, burning flame — subject may also help guide the spirits of departed loved ones home.

Subject further differs from other Encyclopaedia subjects in that it does not exist independently; it must be brought into being by a human. The human must choose the pumpkin to be carved, decide upon the design, hollow out the pumpkin, and then carve the pumpkin themself. The final steps are: A) Placement, and B) illumination. Do not neglect to perform these steps; without their proper completion, subject remains simply a decorative gourd, neither capable of providing protection from evil entities or lighting the way home to beloved ones.

Containment: None required. In fact, subject itself may be thought of as containment method for other subjects.

Additional notes: Subject has not always taken the form of a pumpkin. In fact, in subject’s original incarnation, its form was that of a turnip.

This original form may be traced back to an Irish folktale centering around a figure known as Stingy Jack. Jack, a human, is said to have twice outwitted Satan — but, as a result both of these pieces of trickery and of his general attitude, demeanor, and actions in life, he was denied entry to Heaven and barred from Hell upon his eventual death. Instead, he was cursed to wander the Earth, forever trapped in a sort of liminal state, with nothing but a piece of coal tucked in a hollowed-out turnip to light his way.

The specifics of Jack’s treachery vary from version to version of this folktale; frequently, though, they are repeated as follows: On the day when Satan arrived to take Jack’s soul to Hell, Jack managed to stave off his fate by inviting Satan for a drink. When the time came to pay the bill, Jack claimed to have no money, leaving Satan to settle up. To do so, Jack convinced Satan to transform himself into a coin — but instead of using the coin to pay for their drinks, Jack instead tucked it away in his own pocket, right next to a crucifix, where he remained trapped. He refused to let Satan out until the devil agreed to give him 10 more years on Earth.

But on the day 10 years later when Satan arrived a second time to take Jack’s soul to Hell, Jack tricked him: He first asked Satan to fetch him an apple from the high branches of a nearby tree — just as one last favor before he went, of course — but then trapped Satan up the tree by drawing crossing on its trunk. This time, he bargained for a guarantee that Satan wouldn’t take Jack’s soul at all — ever.

But, crucially, Jack did not bargain for eternal life on top of this guarantee. He died, eventually, as all living things do — but because he had chosen to live such an evil life, he was prevented from entering Heaven, while simultaneously being barred from Hell due to his previous agreement. His soul, therefore, has remained trapped on Earth ever since, unable to move on. He was, however, gifted two items: A turnip and a burning coal. The coal, placed within the hollowed-out turnip, became his lantern — and Jack himself became Jack o’ the lantern. Ergo: Jack O’ Lantern.

Precisely why a “Jack O’ Lantern” later evolved to guard against Jack remains a subject of some debate. One of Halloween’s precursors, the observance of Samhain, has been noted by folklorists as a time at which “the entrances to the otherworld are open,” allowing in the “great… darkness of that night” demons and other “marginal, ambiguous creatures” passage to the earthly world. Jack may be considered one of these “marginal, ambiguous creatures” (he does, after all, exist quite literally on the margins of this world and the next); so, it is possible that when the practice of carving hollowed-out turnips and lighting them with pieces of coal arose as a protective measure against such things, Jack himself was by default included among the entities humans required guarding from — despite the fact that this practice was inspired by his own story to begin with.

In any event, the forced conversion of pagan holidays into Christian ones during the early centuries C.E. and, later, immigration trends in the 19th century spread Halloween and its many traditions far and wide — including the making and lighting of subject.

Recommendation: Always light your Jack O’ Lantern on Halloween. You never know what might be lurking out there in the darkness, waiting patiently for the day you forget.

“Halloween in America: Contemporary Customs and Performances” at JSTOR.

Turnip Jack O’ Lanterns Are The Root Of All Evil.

“Halloween: The Fantasy And Folklore Of All Hallows” at the American Folklife Center.