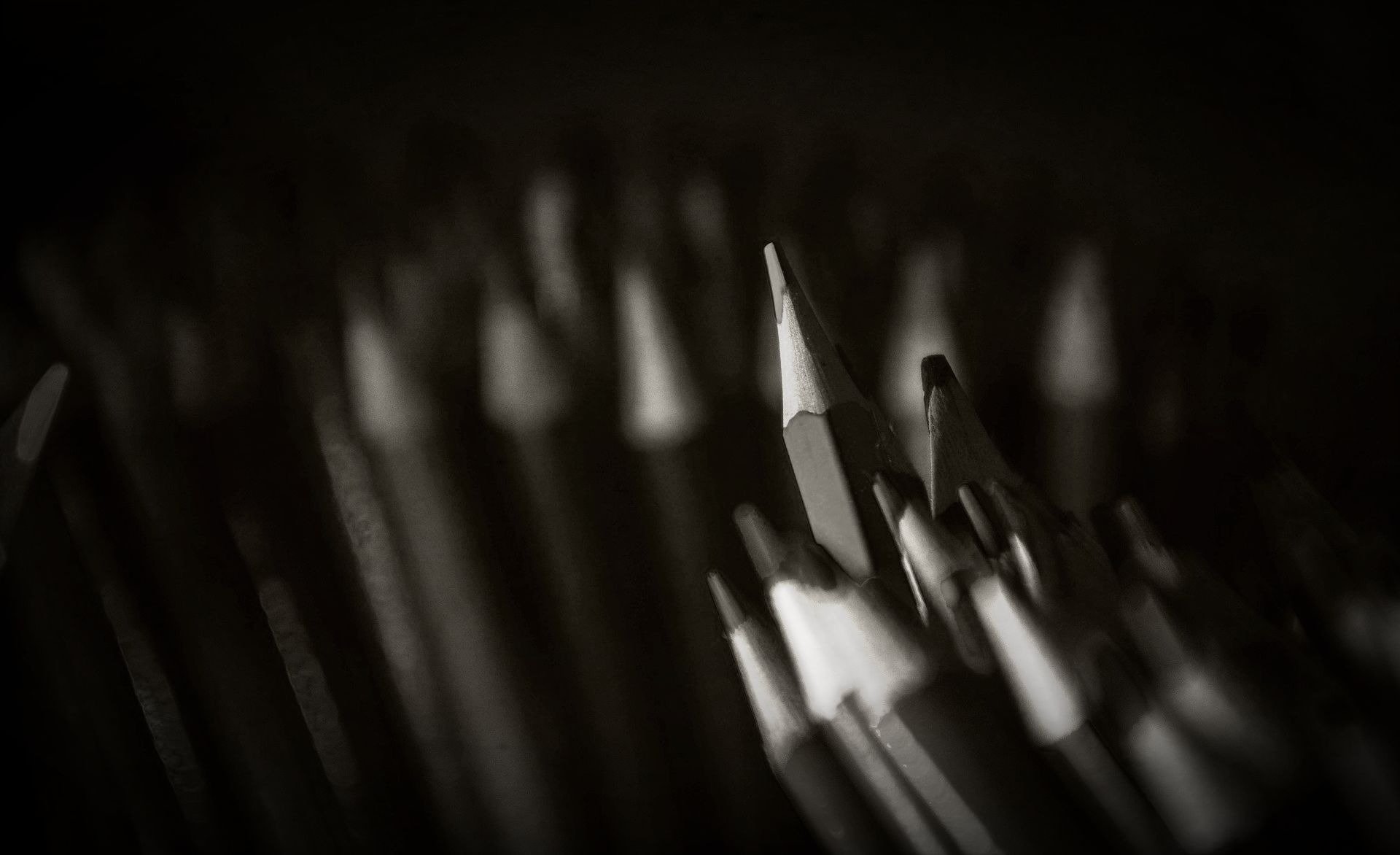 You might remember the supernatural pencil game called Charlie Charlie, also known as the Charlie Charlie Challenge, from the spectacularly viral moment featuring it that occurred in 2015. But the game is actually much older than that — and it hasn’t always been played the same way, either.

Charlie Charlie is part of a family of ritual games that can be found in many Spanish-speaking regions and cultures, particularly in Latin American ones. They’re called juegos de lapices (or, sometimes, juegos de la lapicera) — a no-nonsense name that describes exactly what they are: Games played with pencils or pens. Indeed, although many of the games that fall under this heading can be found under more specific titles — Charlie Charlie is one; the Martha Game is another — much of the time, these specific games will simply be referred to using the general moniker El Juego de los Lapices.

These games have been played for quite some time; threads on Spanish language message boards dated 2010 make note of posters having played them when they were in elementary school (that is, long before the threads themselves ). It took them at least until the 2000s to make it to the internet, though — and initially, the rules and names were all jumbled up in such a way that suggests they were almost interchangeable.

This video from 2008, for example, shows what’s now referred to as Charlie Charlie, but identified only with the name el juego de la lapicera, or the game of the pen. This version, too, dated 2009, describes Charlie Charlie, but simply refers to it as el juego de la lapicera. Meanwhile, this video, which is dated 2013, is called Charly Charly (as opposed to Charlie Charlie), but shows what we’ve now come to call the Martha Game or La Martita — which, notable, has also gone by many other titles and featured entities with different names over the years.

A version of el juego de la lapicera or de los lapices had made its way to an English-speaking corner of the internet by 2010; indeed, it’s even identified here as “the Charlie game.” Notably, though, the game described isn’t the Charlie Charlie game that became so huge in 2015, but, again, the Martha Game.

It’s worth noting that, although the “Charly Charly” game can be found in Spanish sources dated years ago, the -ie spelling — “Charlie Charlie” — doesn’t seem to have become the norm until the various versions of the game traveled over to English-speaking regions. This is perhaps a result of these new, English-speaking readers and players anglicizing the title of the game: “Charly” is an uncommon spelling for this name in English, with “Charlie” being the most commonly encountered one instead.

But it’s not clear exactly how either name — “Charly” or “Charlie” — became associated with the game in the first place. As BBC Mundo’s Maria Elena Navez noted in 2015, “There’s no demon called ‘Charlie’ in Mexico” (“Charlie Charlie” at the time having been attributed to the specific country of Mexico as the game’s place of origin); per Navez, Mexican legends “often come from ancient Aztec and Maya history, or from the many beliefs that began circulating during the Spanish conquest”—and, as such, you’re more likely to find entities with names drawn from the Nahuatl language, rather than English. Even in a post-colonial world, “Charly” and “Charlie” are unusual picks; Navez thought that, if this legend began in Mexico after the Spanish conquest, it would have been more likely to appear under the name “Carlitos.”

I have a theory: It’s possible that “Charly” was originally chosen specifically because it’s English-sounding — that is, in Spanish-speaking regions, it’s the Other. And then, when it actually came to an English-speaking audience, the name changed again, gaining the most common spelling of its cognate: Charlie.

In any event, the version of Charlie Charlie you’ll see here is the one that’s the part of our current cultural landscape: The two-pencil version that went viral in 2015. It’s unlikely that the game actually summons a demon; the moving pencils are more likely spurred on by good, old-fashioned gravity.

This game may be played with bystanders. Bystanders must remain silent at all times. Bystanders should not interfere with the proceedings in any way. Bystanders may only watch and listen — nothing more.

The pens or pencils may be of any variety, but wooden, number two pencils are recommended.

You may, if you wish, set up the piece of paper in other ways than the one described above:

On Stopping The Game:

If, at any point during The Conversation, your correspondent ceases to respond, repeatedly responds “no” or “I don’t know,” or otherwise appears to be losing patience, end the game as soon as possible.

However, do NOT exit the game WITHOUT gaining permission to do so.

Ask as many times as necessary.

You’d best hope your correspondent changes their tune before it’s too late.