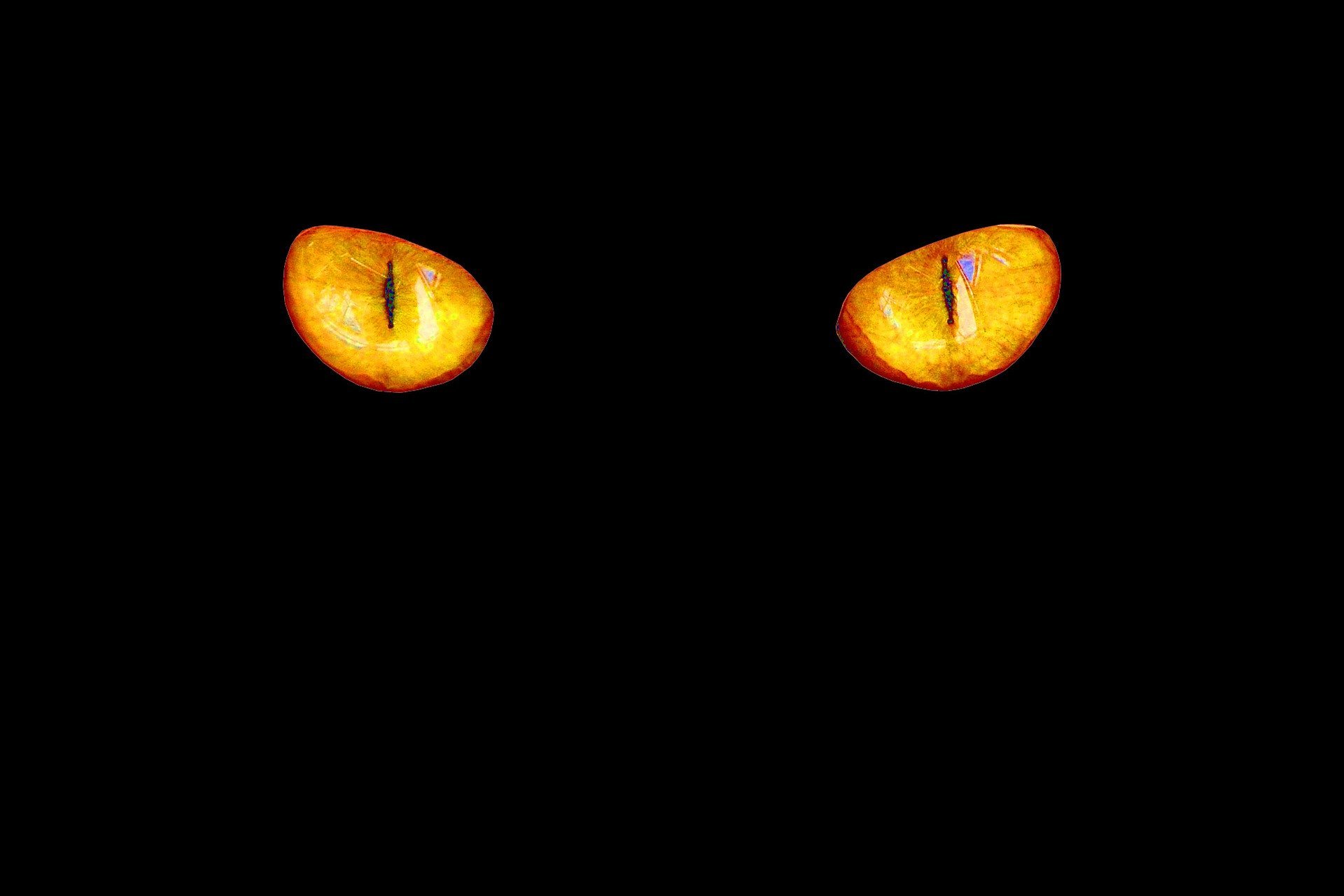 Primarily known as a spooky playground or sleepover game, Cat Scratch is one of those childhood traditions that’s hard to trace. Like Concentrate, Sandman (which we’ve yet to cover here at TGIMM, but will probably get to eventually), and a handful of Doors Of Your Mind variations, it seems to have been around for at least a few decades — but it’s not clear when it originated, or where. I also didn’t grow up playing this one, so unfortunately, I don’t have any personal experience with it. For what it’s worth, though, the earliest version of it I’ve seen documented online — which, again, positions it as something the poster played many years ago — is dated March of 2009, and comes from a writer based on Long Island, New York. (Oddly, that version is also on… a vaping forum. Why? Your guess is as good as mine.)

Like many games of this particular subgenre, Cat Scratch — which you might also see referred to as Black Cat Scratch or, very occasionally, as Chicken Scratches — doesn’t have much to it. It’s structured like a meditation-style game and really only involves one person telling a story while the other listens. But unlike, say, Doors Of Your Mind (or Red Door, Yellow Door, or Black Door, White Door, or the Game Of Seven Doors, or however you play that particular one), the effect is supposed to display itself directly on your body, rather than inside your mind. Why would you want to do it? Curiosity, I suppose. There’s no prize, unless you consider light physical pain a “prize”; it doesn’t even necessarily reveal anything you may not have previously known about yourself to you. But we’ve spoken before about games one performs simply for bragging rights, or just to see if anything actually happens, so… do with that what you will.

The risk here is relatively low, all things considered. Even then, though, things don’t always go as planned — so, as always: Play at your own risk.

“You are walking through a dark alley late at night.

You are the only one there.

The ground is slick with rain.

The alley is filled with garbage cans and litter.

But then you hear something.

A movement in the garbage cans.

You pick up your pace.

You want to get out of the alley fast.

But then you see something.

They are the eyes of an enormous cat.

You run, but the cat chases you and jumps on you.

It scratches you: One, two, three.

Reaping What You Sow:

This game must be played with at least two players: The Listener and the Storyteller. Bystanders are optional, but may be present if desired.

No special tools are required to play this game. Nor need it be played at a specific time of day. Nighttime is recommended, as it is more likely to be quiet, the game room will be darkened more easily, and you are less likely to be disturbed while playing.

If the ritual is unsuccessful with the story described above, you may try again with a different story. Perform the ritual as written up until Telling The Story: Step 7. Then, during Step 8, recite the following story instead:

“There once was an old lady who owned a cat.

The cat was very nice.

It meowed and it purred.

One day, the cat got hit by a car and died.

The old lady got a new cat.

The cat was very mean.

It hissed and it clawed.

One day, the cat got hit by a car and died.

The old lady decided to not get any more cats.

If the ritual is unsuccessful with this story, as well, you may try again with one last story. Perform the ritual as written up until Telling The Story: Step 7. Then, during Step 8, recite the following story instead:

“Imagine yourself in your childhood bedroom. You wake up and go downstairs. Your mother gives you some money and asks you to go get some bread from the store. You walk out of the door, but on the way to the store, a strange old lady walks towards you on the sidewalk. As you look closer at her, you see that her eyes are white. She has bloody claws for nails at the ends of her fingers. And, in a hissing voice, she says:

This spooks you. You begin to walk faster. You take a shortcut down an alley, your heart beating rapidly as you pass a couple of people huddled in a dark corner. As you approach them, you notice that they have the same eyes — the same white eyes as the old lady — and they say to you:

You’re very frightened now, so you run to the store as fast as you can. You open the door, grab a loaf of bread, and walk up to the counter to pay for it. The clerk of the store turns around to get you your change — and when he turns back. he has white eyes, too. He says to you:

Now you’re terrified, your heart beating a mile a minute. You run as fast as you can back to your house and burst in the door. But you forgot the bread at the store — and when you go to tell your mother what happened, she turns around, and it’s the old lady, the lady with the white eyes and the bloody claws, and she says:

If the ritual is unsuccessful with this story, do not try again.

You can’t force a cat to do something it doesn’t want to.