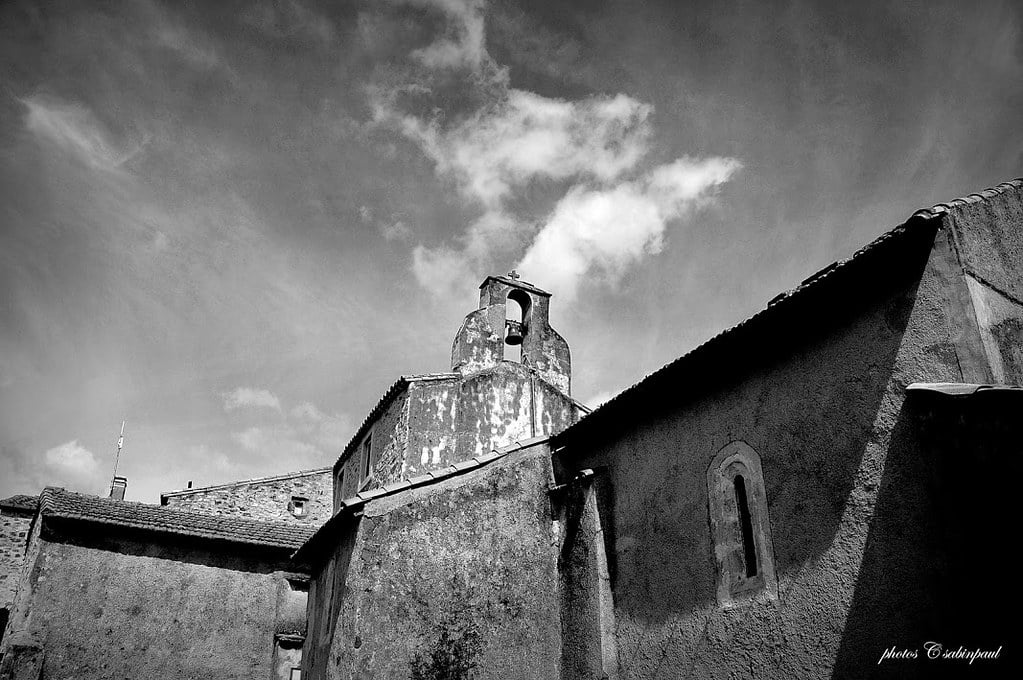 On the shores of Lac du Salagou in the South of France lies a village that, for many years, sat abandoned. Its inhabitants, however, didn’t abandon it by choice; they were forced out in the 1960s in order to make way for the lake itself to grow. Only, the lake never expanded to a point where it needed the extra space — meaning the inhabitants of Celles, France were made to abandon their town for no reason.

There’s hope, though. Plans are in place to repopulate the village; a handful of people even live there now. Celles, which spend decades hanging onto its identity by only the barest of threads, is coming back to life.

France has been a wine-making country since antiquity — but in the early 1950s, there was a problem: Overproduction had led to a saturation of the market, which in turn caused the value of wine to drop dramatically. This was not the first time that overproduction and its accompanying issues had caused a crisis for France’s wine industry; indeed, the problem had been recurring periodically since the 19th century. This time, though, one of the solutions put forth by various authorities involved diversifying crops such that the health of the economy wasn’t so dependent on wine specifically. And in the department of Hérault, where Celles is located, the method proposed to make this diversification possible involved the creation of a lake in the Salagou Valley to serve as a reservoir and to aid in irrigation.

This, then, was the birth of Lac du Salagou: A human-made body of water created by the construction of a dam on the Salagou river.

Celles wasn’t large by any means; only about 80 people lived there at the time, most of whom were farmers. But even so, local authorities determined that they would have to leave their homes in the name of the greater good, so as to enable to completion of the lake’s second phase of construction.

So, beginning in 1959, the residents of Celles were encouraged to relocate. But many understandably didn’t want to go — so by the time the construction of the dam, which had begun in 1963, wrapped up in 1968, those who had refused to leave were ousted from their homes. There’s a term for this state-sanctioned forced removal from one’s own home: It’s called expropriation, and it’s frequently traumatic for those who experience it. So it was for the former inhabitants of Celles: They were forced to leave, and they wept at the loss.

But the second phase of the Lac du Salagou project was never implemented. Rather than continuing to raise the river to a depth of 150 meters, it has remained at 139 meters for decades — and all the while, the remains of the now-deserted Celles decayed on the shore.

That wasn’t the end of Celles, though. As Sam Harrison reported at Atlas Obscura in January of 2020, the former residents formed a municipal council to represent their home — and their claim to it — in the years following the expropriation. Henri Goudal, who was among those expropriated from the village, became its first mayor in 1972; his daughter, Joelle Goudal, took over in 1995. Since the ‘90s, Celles has remained an independent municipality — and in 2010, the department of Hérault sold everything that remains of the village to the municipality for a single euro as a symbolic gesture. And now, plans are in the works to rebuild and repopulate the town.

Celles won’t just be a tourist location, however; it will be a place where people actually live and work, according to the tenets current mayor Joelle Goudal and the municipal council have laid out. As Goudal put it to Atlas Obscura, “People were expropriated for this land. It’s out of the question to let people today make money off of the people who were forced to leave.” So, as one of the four founding principals for the revived village, anyone who settles there will need to contribute to the local economy by bringing their job with them. Additionally, there will be no land speculation, while social and income diversity and environmentally friendly construction will be requirements.

The plan has been in motion since 2017. Potential residents must apply to live in Celles; additionally, once they arrive, they will be responsible for rehabilitating their homes (those homes being, of course, the buildings in need of restoration in the village itself). They’ll have some help, of course; among the incoming residents is architect Vincent Corteaux, who France Bleu reports will be aiding the villagers in designing their new-old homes. Said Vincent of the project:

“This is a village with a rather complicated history. There are people who have been expelled; their dead have been displaced; they were evacuated from their family home by the army. It’s a difficult trauma. We are here to bring this village back to life.”

The first residents arrived in September of 2019, signing their leases on Sept. 13, with the original plans being for the moves to take place over the next two years. (Whether current circumstances have altered those plans currently isn’t known.) It’s hoped that one day, as many as 119 people will reside in the Celles area, with at least 35 of them living directly in the village itself.

It will take time, of course; breathing new life into something usually does. But that’s okay. All good things take time — and although Celles will be waiting, it won’t be doing so idly.

It’s hard at work, as always.