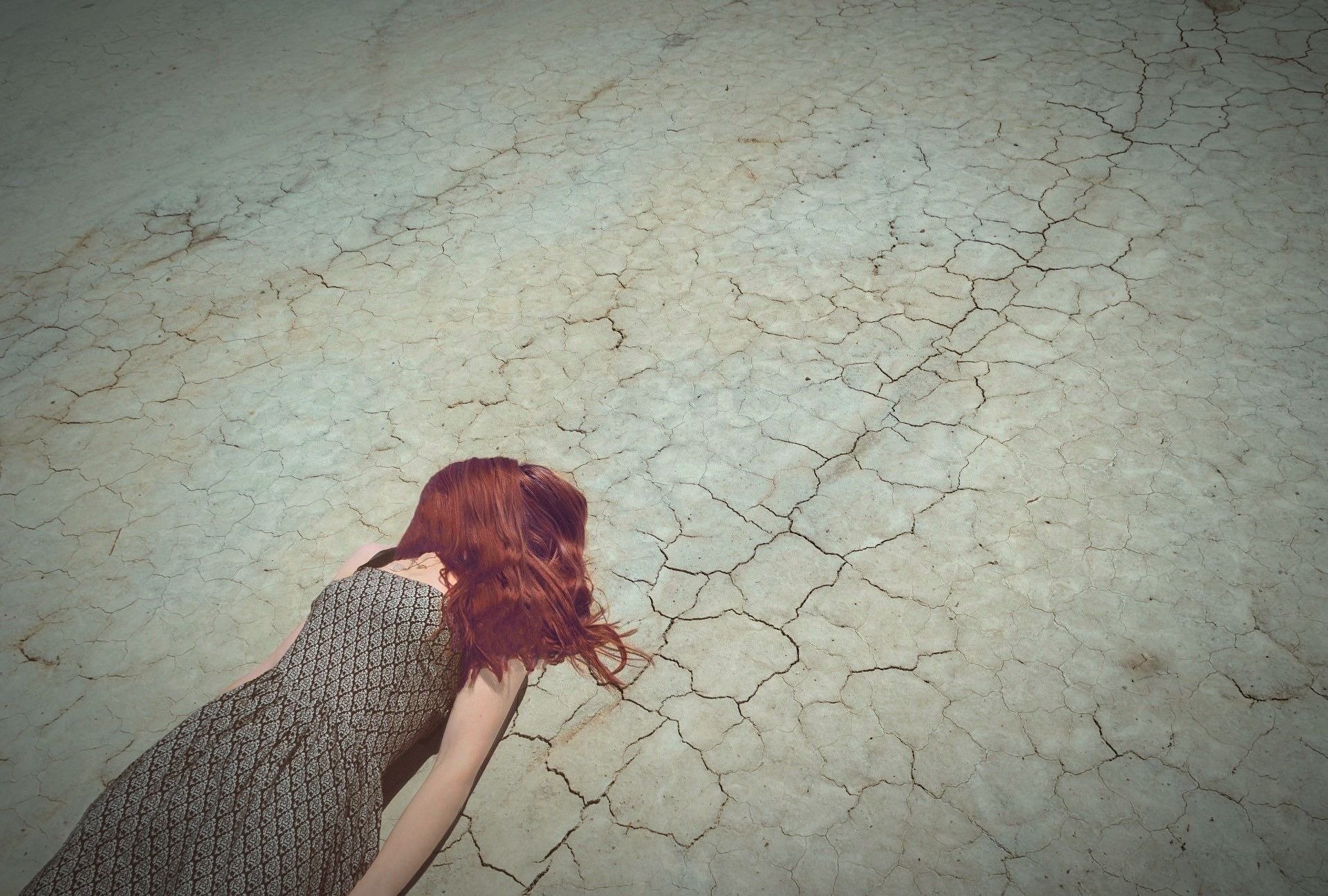 (CW: Homicide, photos. The photos aren’t graphic, but they might be disturbing to some.)

Serial murders and the killers who commit them have a tendency toward infamy, whether or not the cases are ever definitively solved. But how do you go about identifying a serial murder case in the first place? What do you do if you’re not sure whether or not you’re even looking at a serial murder? You put in a lot of work, is what — which is precisely what authorities have been attempting to do with a case referred to as the Redhead Murders for decades now. The case is unsolved; we don’t even really know for certain that the murders were the work of a serial killer. Recent developments may have strengthened the argument for viewing the Redhead Murders as a serial killer case, though — and given the fact that a different infamous cold case has recently had quite the break, maybe a few more answers might be forthcoming about this one, too.

The FBI defines serial murder as “the unlawful killing of two or more victims by the same offender(s), in separate events.” And, thanks to the proliferation of serial killer stories, both in fiction and in true crime media, we’re familiar with many of the hallmark of serial killers: Their motives typically fall into one of four categories (visionary, mission-oriented, hedonistic, and power or control); they tend to use the same methods from murder to murder, refining their MO as they go; they might take “trophies” from their victims; they might even publicly gloat about their crimes, sending anonymous letters to law enforcement or newspapers filled with threats and details. 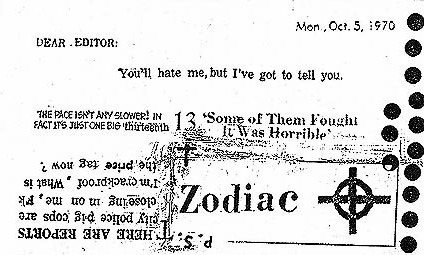 A letter from the Zodiac Killer, who terrorized the Bay Area during the ’60s and ’70s.

But actually identifying a series of murders as the work of a serial killer isn’t always that easy — particularly in cases involving “high risk victims” and/or multiple jurisdictions, according to the FBI. The agency’s report on serial murder notes that these difficulties arise from “the high risk lifestyle and transitory nature of the victims” and “the lack of communication between law enforcement agencies and differing records management systems”; the latter specifically can severely “impede the linkage of cases to a common offender.” You can see the multiple jurisdictions issue at work in the case of the Golden State Killer, as written about by Michelle McNamara in I’ll Be Gone In The Dark: It took decades to rule conclusively through the use of DNA analysis that the crimes committed by the Original Night Stalker in Southern California and those of the East Area Rapist in Sacramento between 1974 and 1986 were, in fact, perpetrated by the same individual.

Indeed, geographic distance is certainly one element of the Redhead Murders that has made linking the different crimes difficult: West Virginia, Arkansas, Kentucky, three different counties in Tennessee — the victims span many states. The details don’t always match up, either: Some of the victims were found clothed, while others were not; some were ruled to have died by suffocation, while the causes of death for others were unable to be determined; some had been pregnant, while others were not; generally they were all found by the highway, although the specifics of each situation varied. The majority of the victims have still not been identified, which might indicate that they were all estranged from friends and family — and, in fact, we’re not even sure just how many victims there were.

It’s thought that at least six victims whose remains were found between 1983 and 1985 may be classified as Redhead Murders:

At one point, however, it was believed there could be as many as 11 victims, although many of these possibilities have been ruled out over the years. Authorities at the time also disagreed about whether there was even a serial killer at work in the first place: In April of 1985, Chris Murphy of the Tennessee Bureau of Investigation, who was then working on the Henry Lee Lucas case, told the Orlando Sentinel, “To me, it reeks of serial murder. I’d be very surprised if it wasn’t”; according to Murphy, “Whenever you have consistent items in several cases, you ought to immediately suspect serial killers.” But Steve Watson, then deputy director of the Tennessee Bureau of Investigation, was less convinced about the “consistent items” Murphy saw; also in April of 1985, Watson told the Associated Press, “While there are some similarities in the cases, there’s also a great number of dissimilarities.” The only concrete characteristics the murders had in common were the demographics of the victims: They were white and female, with hair in varying shades of red.

And authorities had no idea who might be behind the suspected serial killings, or why. Said Watson to the Sentinel in 1985, “We don’t know what we’ve got now. We’ve got no suspects and few leads.” A few suspects did emerge over the years; two different truckers came under investigation in the mid-‘80s, but both of them were cleared of the crimes. For decades, though, the case languished, with no leads and no breaks.

Until — maybe — now. It’s all theoretical, but it’s possible that a profile that was drawn up earlier this year might have both firmly connected the six murders and created a rough outline of who might have been responsible for them.

And, perhaps most astonishingly, this work was accomplished by a group of high school students.

Tune in tonight at midnight (https://t.co/6sZwtErwCS) for an interview with EHS Sociology and @EHSBartleby teacher Alex Campbell on his students' project to help identify Redhead Murders victims and the "Bible Belt Strangler" serial killer. https://t.co/VIjPzLnITX pic.twitter.com/Ollc2m735Y

As part of his sociology class at Elizabethton High School in Elizabethton, Tennessee, teacher Alex Campbell worked with his students to re-investigate the infamous cold case, narrowing the focus of the suspected Redheaded Murders and seeing if they could come up with a profile for a possible perpetrator. They also ended up appearing on Shane Waters’ true crime podcast, Out Of The Shadows (Waters has been investigating the case for some time, as well), and speaking with Gemma Hoskins of the Netflix docuseries The Keepers. According to USA Today affiliate Knox News, Campbell connected with an FBI profiler via a mutual acquaintance, who “reviewed the students’ work and validated the links they drew among the six cases.”

The profile created by the students pegs the suspect as male and measuring between 5 foot nine and six foot two. He’s thought to have been born between 1936 and 1962, placing him between his 20s to 50s during the time of the murders. The students believe his home base to have been Knoxville, Tennessee — but also that he was a truck driver. This location and profession would account for the geographic spread of the murders: The (possibly) canonical six all occurred on the I-40 corridor, along I-75, or along I-81; Knoxville is centrally located, with truck routes easily carrying someone based there to each of the spots where the remains were found. The profile also identifies him as a mission-oriented killer, rather than a visionary, hedonistic, or power or control-based killer — the students point to the frequent use of suffocation as the method of murder as evidence of this belief.

They came up with a name for him, too: The Bible Belt Strangler. “Their hope is that by releasing the profile and giving the murderer a name… the public will take interest and provide tips related to the cases,” Bekah Price, public relations coordinator for Elizabethton City Schools, said in a press release according to the Greeneville Sun.

They also think he’s still alive, and still living in the Knoxville area.

Will the students’ work reignite the case — and perhaps even finally solve it? It’s too early to tell. However, there is perhaps more hope now than there ever has been before. After all, a suspect has finally been apprehended for the crimes committed by the Golden State Killer: Joseph DeAngelo, who was brought into custody on April 24, 2018, has been charged with eight counts of first-degree murder. Parts of the warrant were unsealed in June; DeAngelo remains in custody and has not made any statements. His public defender, Diane Howard, said after a May 14 hearing only, “I’m not going to make any comments about this case.”

If strides can be made in a case as cold as the Golden State Killer’s, maybe the same is true for the Redhead Murders.

And maybe our best hope is a set of fresh eyes.