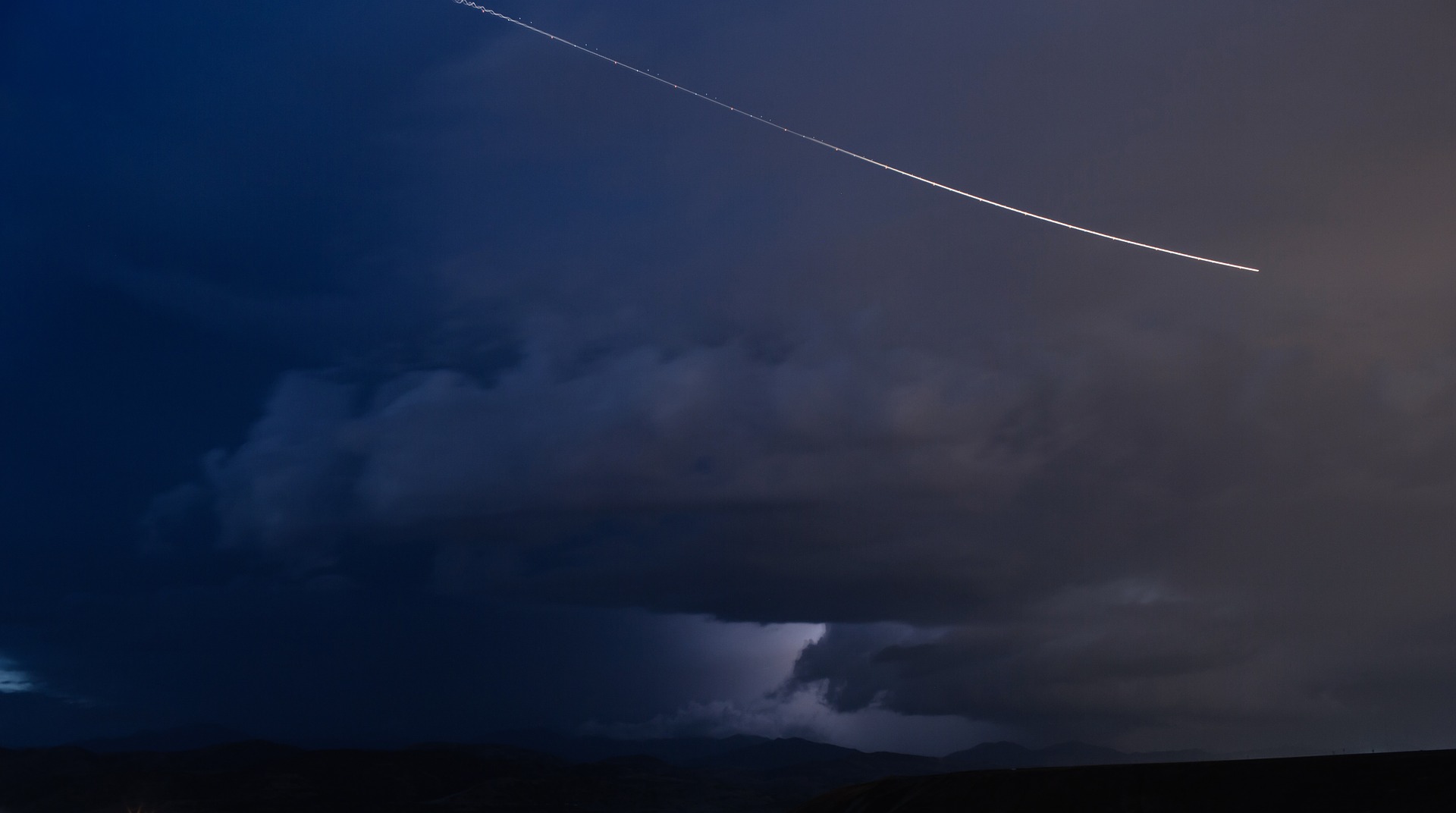 On Aug. 21, 1955, 11 people experienced something extraordinary — or at least, they claimed they did: In what became known as the Kelly-Hopkinsville Encounter, Glennie Lankford (aged 50); her children Lonnie (12), Charlton (10), and Mary (7); her sons from a previous marriage, Elmer (25) and John Charley (21) Sutton; Elmer and John Charley’s wives, Vera (29) and Alene (27); O.P. Baker (either 30 or 35 — reports are inconsistent), who was Alene’s brother; and Billy Ray Taylor (21) and June Taylor (21) had a run-in with some extraterrestrials. I say “run-in,” but the way they described it, it was more of a battle; the group said they had been under siege for nearly four hours at the Sutton farmhouse near Kelly and Hopkinsville in Christian County, Kentucky — and they said their attackers were alien lifeforms who had arrived in a spaceship.

It started when Billy Ray Taylor spotted a bright light flash across the sky  at around 7pm — something he later said was a “flying saucer.” Around 8pm, a dog started barking outside. Elmer Sutton went to investigate and saw… something. A creature. Not a dog, that’s for sure.

The family and their friends spent the next several hours holding off 12 to 15 creatures with rifles and shotguns. The creatures popped their heads into windows, appeared in the door way, climbed on the roof, and hung out in the trees; however, none of them were killed — either because the family’s aim wasn’t that great, or because the creatures weren’t susceptible to bullets or shells.

Eventually, the fight let up enough for the group of humans to get into their vehicles and drive to the police headquarters in Hopkinsville. Officers subsequently investigated the site of the encounter, but found nothing. Neighbors later told the police that the families had said “the creatures had returned about 3:30 in the morning,” after which they “packed up and left.”

As is often the case when it comes to the paranormal, there are two prevailing opinions on the Kelly-Hopkinsville Encounter: Those who believe it to be one of the most well-documented UFO incidents in history, and those who believe it to be a combination of misunderstood or misidentified natural phenomena and “the effects of excitement.” Those who believe often refer to the creatures as goblins or gremlins; those who don’t believe the creatures were likely Great Horned Owls and the bright lights, meteors.

What do you think?

“Story Of Space-Ship, 12 Little Men Probed Today.” From the Monday, Aug. 22, 1955 afternoon edition of the Kentucky New Era. This news report ran the day after the encounter; it includes details from both the families who experienced the incident and from investigators at the scene. There’s also a photo of Elmer Sutton and Billy Ray Taylor at the farmhouse, the caption reading, “This is the house near Kelly where little men from out in space were supposed to have been seen last night. With the gun is Lucky [Elmer] Sutton looking up at the porch roof where one of the invaders supposedly sat. In the doorway is Billy Ray Taylor, who says his hair was pulled by the man on the roof.” No “little men” are visible in the picture, but both of the men have their eyes trained on the roof.

“Siege Of ‘Little Green Men’: The 1955 Kelly, Kentucky Incident,” by Joe Nickell. The senior research fellow for the Committee for Skeptical Inquiry, Joe Nickell describes himself as “the world’s only full-time, salaried, professional, science-based paranormal investigator.” What I like about him is that, although he’s generally a skeptic, he doesn’t go into investigations with a pre-conceived notion about what he will or won’t find; he digs up the facts, then tries to figure out what they’re telling him.

For the Kelly-Hopkinsville Encounter’s 50th anniversary, he was invited to speak at a Chamber of Commerce-sanctioned “Little Green Men Festival.” He also wrote about the results of his investigation in this article for the November/December 2006 issue of the Skeptical Inquirer. The case here is strong for the families having witnessed a few different types of owls.

Skeptoid: “The Kelly-Hopkinsville Encounter,” by Brian Dunning. Another prominent skeptic, Brian Dunning’s Skeptoid episode on the incident is well worth listening to. There’s also a transcript if you’d rather read about it instead.

Critters, dir. Stephen Herek. Bruce G. Hallenbeck claims in the book Comedy-Horror Films: A Chronological History, 1914 – 2008 that the 1986 film Critters is loosely based on the Kelly-Hopkinsville Encounter. The summary from IMDb: “A massive ball of furry creatures from another world eat their way through a small mid-western town followed by intergalactic bounty hunters opposed only by militant townspeople.”

“Return Of The Kentucky Goblins,” by Greg Newkirk. In 2012, someone contact Week in Weird with a story that sounded somewhat familiar: The man claimed he and his family were being “nightly assaulted by creatures [he had] come to believe are of an extraterrestrial origin.” He described them as having “the size and stature of a small child, devoid of any facial features save for large, oily eyes and lipless mouths.” They had a habit of peering through his home’s windows, attempting to enter the home in the middle of the night, and petnapping small animals (they took the family dog). He thought they were coming from the abandoned mine nearby.

At the time, Newkirk suspected that the creatures described by the man might be the same ones from the Kelly-Hopkinsville Encounter — and in 2015, he presented new evidence he believes confirms this theory. Click through for emails, photos, and more.

“The Kelly-Hopkinsville Aliens… And The CIA,” by Nick Redfern. Redfern briefly summarizes for Mysterious Universe the book A Terrible Mistake: The Murder of Frank Olson and the CIA’s Secret Cold War Experiments by H. P. Albarelli, Jr. Although the book’s primary focus is on biochemist Frank Olson, who may have died by suicide, but also may have been murdered, it also reveals that the CIA had in 1956 asked someone to “discretely investigate events surrounding an unidentified-aerial object and related phenomenon witnessed in the skies and on the ground in Kentucky.” The “events” were the Kelly-Hopkinsville Encounter, and the “someone” was John Mulholland, whom the CIA commissioned to write The Official CIA Manual of Trickery and Deception as part of the MK-ULTRA program.

The Kelly Incident, by Anna Karyl. A novel based on the Kelly-Hopkinsville Encounter. Published in 2004, available to read for free via Amazon’s Kindle Unlimited program.

Project Blue Book on Wikipedia. Conducted by the U.S. Air Force, Project Blue Book was “one of a series of systematic studies of unidentified flying objects.” It began in 1952 and ran for nearly 20 years; the termination order was given in December of 1969, and it finally ended in January of 1970. Its goals were “to determine if UFOs were a threat to national security” and “to scientifically analyze UFO-related data.” It classified the Kelly-Hopkinsville Encounter as a hoax.

“Hauntings, Homeopathy, And The Hopkinsville Goblins: Using Pseudoscience To Teach Scientific Thinking,” by Rodney Schmaltz and Scott O. Lilienfeld. Schmaltz and Lilienfeld use the Kelly-Hopkinsville Encounter as an example in their article about how to distinguish science from pseudoscience — and how to think critically — published in the journal Frontiers in Psychiatry. Write the authors:

“Although students have access to more information than ever before, many do not possess the skills to distinguish good information from bad. Exacerbating this problem is the prevalence of pseudoscientific information available in the popular media, online, and even the classroom (Lilienfeld et al., 2004; Losh and Nzekwe, 2011; Novella, 2013). The purpose of this article is to provide examples that challenge students and provide instructors with tools to enhance scientific thinking.”

They believe the creatures from the Kelly-Hopkinsville Encounter to have “a decidedly earthly explanation” (another point for the Great Horned Owls theory), but note that “this example can lead naturally into a discussion on Area 51, the Greys, or other otherworldly interests.”