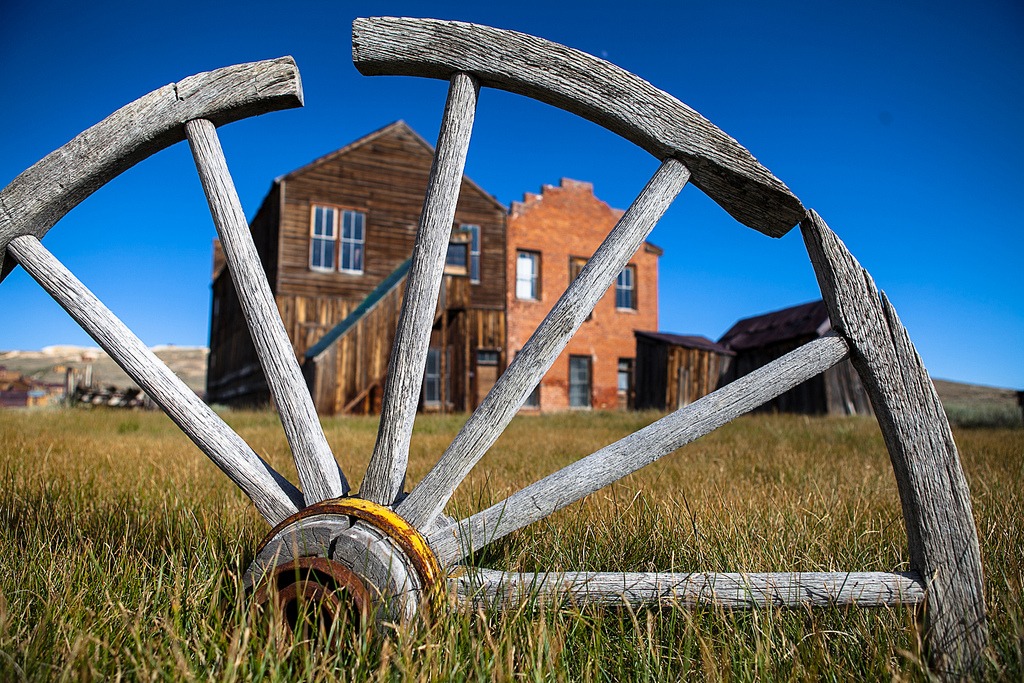 In the low mountain range lying to the east of the Sierra Nevadas lies a town that, literally, time forgot. It’s called Bodie, California, and it’s a ghost town in the truest sense. Once the site of a flourishing gold mine, it’s been abandoned for decades, stuck in the same state it was in when the residents all moved away. And what’s more, some believe that it might be a ghost town in another sense, too — a slightly more literal one.

Like many towns and settlements during the California Gold Rush, Bodie burned brightly for only a short while. The first signs of gold were discovered in Bodie in 1859; among the group of prospectors who made the discovery was W.S. Bodey, who — although he died the following year, the victim of a blizzard — lent his name to the town. The name was unregulated, however, which lead to the area being known variously as “Bodey,” “Body,” and a few other variations; it was only after a sign went up for the “Bodie Stables” did the spelling B-O-D-I-E stick.

Bodie’s fortune waxed and waned considerably over the following decades. About 10 years after the first discovery of gold in the town, only two stamp mills had been built, and they both ended in failure; however, in 1876, a new deposit discovered by the Stanford Company resulted in a boom that lasted several years. By 1880, however, the first signs of decline began to rear their heads — namely that deposits had been found in other areas (like the infamous Tombstone, Arizona), which drew prospectors away from Bodie. The town again saw a revival in the early 1890s, but in 1910, the population was just shy of 700 people — mostly families who had settled, rather than moving on to other, more profitable areas.

But if there was any indication of a failing settlement at the turn of the century, it was the state of the newspaper: 1912 saw the last printing of Bodie’s newspaper, The Bodie Miner. In 1913, the Stanford Consolidated Mine closed, and in 1915, the term “ghost town” was first used in relation to Bodie. In 1917, the Bodie Railway was abandoned, and in 1942, the very last mine closed. So, too, did the post office that operated there — which, amazingly, had stayed open between 197 and 1942.

Although “ghost town” means a place that has essentially been abandoned by its inhabitants, rather than one that plays host to ghost stories, some do believe that actual ghosts haunt Bodie. According to the Committee for Skeptical Inquiry, some visitors to the town (including a ranger’s wife) have reported the apparition of someone they believe to have been a maid at the J.S. Cain House; others believe the Bodie cemetery to house a child ghost known as “The Angel of Bodie”; and still others believe in “the curse of Bodie,” which states that anyone who takes anything out of the town — no matter how small or inconsequential an object it might be — will be struck by bad luck until the object is returned. I’m not sure I buy any of these stories — I remain, as always, a skeptic, as much as I might love a good yarn — but it’s interesting to me that here, the line between ghost town and town of ghosts blurs.

Unlike a lot of the places we’ve looked at in the “Abandoned” section of TGIMM, you can actually visit Bodie. It was designated as a National Historic Site and a National Historic Park in 1962, after which point it was preserved in a state of arrested decay (not unlike Eastern State Penitentiary in Philadelphia). Admission is cheap, too; it’s a mere $8 per adult, $5 for kids between the ages of 3 and 17, and free for children under 3. In addition to being able to see the remains of the town and take a tour of the stamp mill, you can also attend a special event on August 27: A ghost walk. There’s an additional fee — $35 per person but if you’re curious about any of the spookier tales that cling to Bodie, it might be worth your while.

Maybe not all the residents really left, after all.