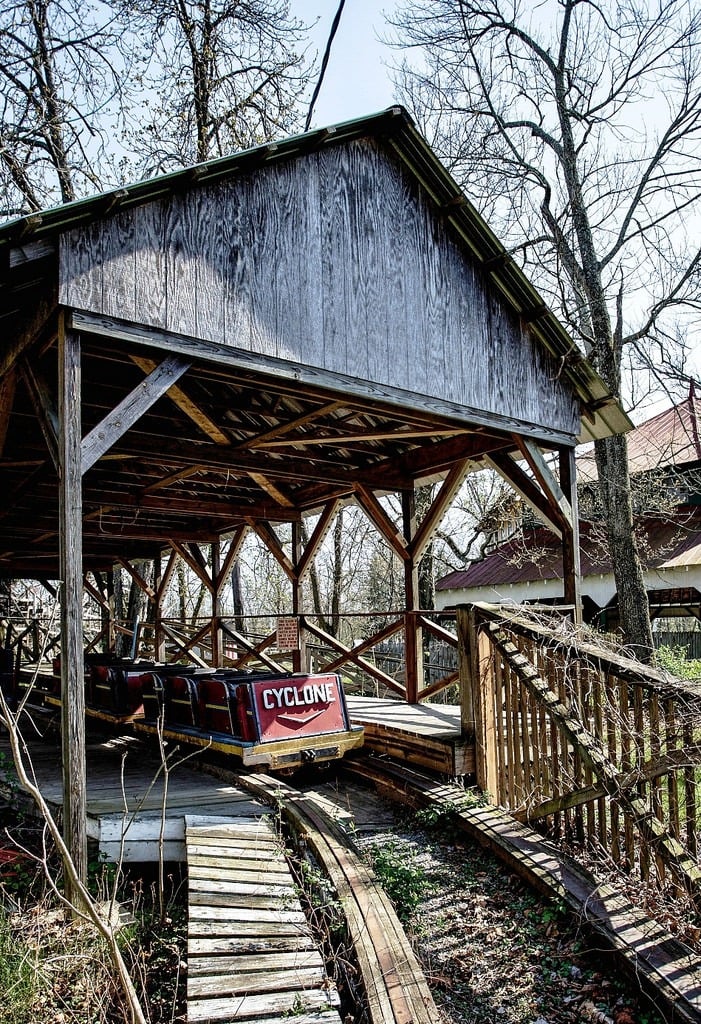 There’s something about abandoned amusement parks that I always find particularly arresting. Maybe it’s knowing that thousands of people once passed through their gates, each one walking away with their own stories to tell about the adventures they had inside. There’s also something especially melancholy about a place that existed solely for the purpose of having fun being left to rot: Once full of laughter and bursting at the seams with happy shouts, they now sit in silence as nature reclaims its territory. Such is the case with the Williams Grove Amusement Park, located just outside Mechanicsburg, Pennsylvania: For the past decade, its remains have slowly decayed, becoming more and more overgrown with each passing year.

Williams Grove Amusement Park has quite a long-standing history, with its origins dating all the way back to 1850. The Williams family, who lived near Mechanicsburg at the time, began hosting picnics in the grove — which, over the years, led to the site growing into the Mechanicsburg Fairgrounds. The Williams family didn’t maintain ownership over the grove and fairground during its entire history; indeed, the property changed hands several times, with the first rides appearing in 1928 courtesy of its then-owners. The park functioned on a pay-per-ride basis for some time, with the opening of the Williams Grove Speedway adjacent to it in the late 1930s making the area quite the vacation destination.

In 1972, the park was purchased for $1.2 million by Morgan Hughes, an Irishman who had served in the Second World War with the British Army’s Royal Irish Fusiliers. Under Hughes’ management, the park acquired additional rides, many of which had been relocated from the recently-closed Palisades Amusement Park in New Jersey. It wasn’t all smooth sailing, of course; Williams Grove had its share of trials, including suffering terrible damage after Hurricane Agnes hit just after Hughes purchased in 1972. But Hughes rebuilt, with the park remaining in operation as a family-oriented attraction for over 30 more years.

In 2005, though, Hughes closed the Williams Grove Amusement Park, deciding instead to focus on the nearby speedway. Following the park’s closure, Hughes attempted to find a buyer—but unfortunately, he was unable to do so, and eventually most of the rides were auctioned off. Many were relocated; the steel Wildcat roller coaster, for example, which had originally gone up in the 1980s, found a home at Adventure Park USA in New Market, Maryland. Relocation is a common practice in the amusement industry, but even so, it’s still comforting to know that bits of these once-loved destinations often gain second and even third lives elsewhere. Morgan Hughes himself passed away in his sleep on April 12, 2008 at the age of 88.

Although the Williams Grove Speedway is still alive and kicking, little remains of the amusement park next door. What wasn’t sold has been stripped or vandalized, with nature taking care of the rest. The wooden Cyclone roller coaster still stands, though, and a flea market takes up residence at Steam Engine Hill on Sunday mornings in season. All is not lost, perhaps — although much of once made the place special is now relegated only to memory.

But sometimes memories are the only things that matter in the end — so at least there’s that.