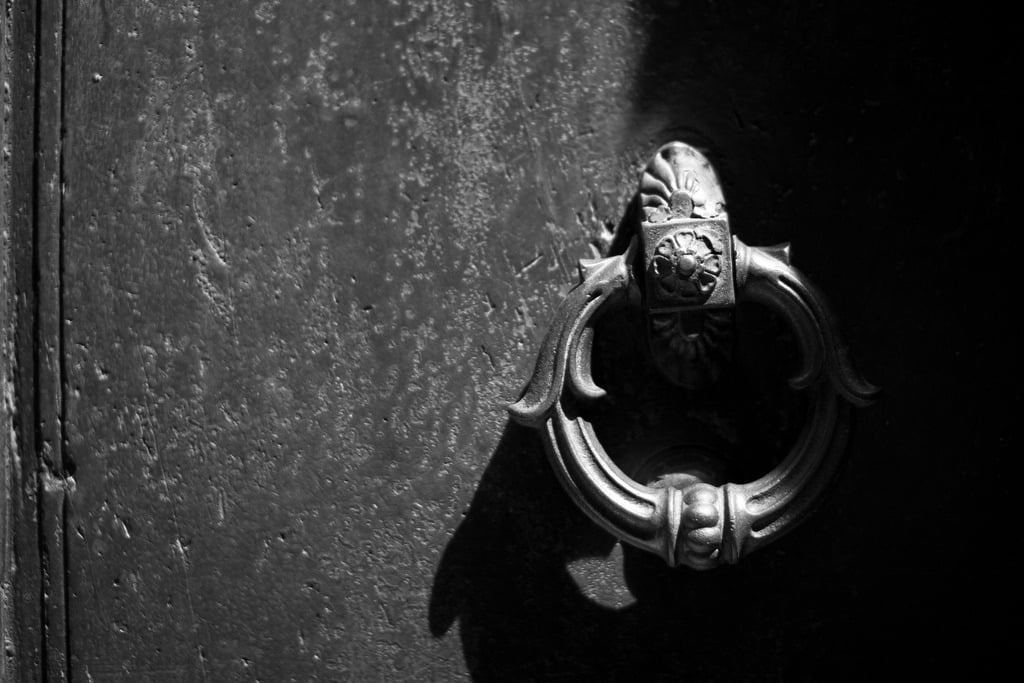 The Knockertell is similar to The Raven Man in that it allows you to ask anything of the mysterious creature you’ve summoned — if, that is, you’ve summoned it correctly. I’ll be honest: Summoning it correctly might be a little difficult, as the ritual’s instructions are a little… puzzling.

For one thing, there’s this somewhat bizarre contradiction: One of the items needed to complete the ritual is a door with a knocker, which typically are only fond on front doors with the knocker outside; however, the instructions also stipulate that the ritual should be completed in a dark room. It seems that, in order to create the correct environment, you’ll have to affix a knocker to the outside of the door to whatever room in which you choose to do the ritual. I suppose you could attempt to use the area directly in front of your front door as the “dark room,” but I’m not totally sure whether or not it will work.

Other oddities include the fact that you’ll need sand specifically gathered from a desert, which you can probably get on eBay; additionally, the ritual can only be completed on the night of a lunar eclipse during Spring, so you’ll need to wait for a pretty substantial amount of time before you can give it shot. There’s also just a general lack of clarity in the instructions that might make attempting it riskier than it might at first appear. I’ve attempted to clear up what I can, but as always… and perhaps more than usual…

…You’re on your own.

A Note About the Chant:

I find it to be somewhat suspect. My Latin is a little rusty, but even so, I’m not entirely sure it’s accurate. The idea seems to be to call forth the Knockertell to bestow knowledge upon you, but it seems to me that you’d want to use the formal form of “you” as a sign of respect, rather than the informal one. Also, the original instructions used “scientism” instead of “scientiam,” which I assume is a typo. Lastly, there doesn’t seem to be anything to support the Knockertell being a Roman creation; maybe we’re looking at Church Latin? I’m not sure. Whatever the case, though, note that the ritual is contingent on this chant being accurate — but I’m not convinced the chant included in the original instructions actually is accurate. As such, you may want to proceed with caution.

Don’t be rude to the Knockertell. It doesn’t take kindly to rudeness.

Before you ask it… make sure you really want to know the answer. Once the Knockertell has spoken, there’s no way to unlearn what it has told you.