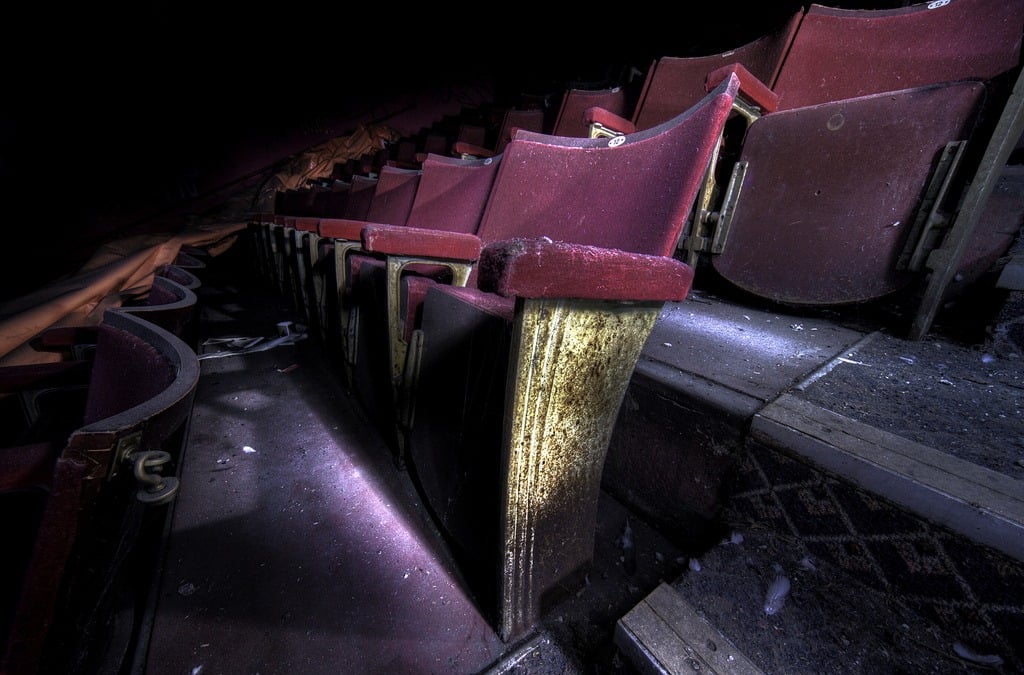 “The Theater” is one of the first creepypasta stories I ever read. I have no idea who wrote it; I also don’t know how long it’s been floating around the Internet, although I know it’s been around for at least five years (2010 is roughly when I first discovered creepypasta). It’s not particularly terrifying, but it’s certainly weird — and the payoff at the end is what bumps it from merely an odd story to one with some darker undertones.

A word of advice: Don’t bug the Ticket-Taker.

Have you ever heard of an old game called “The Theater”? Yeah, didn’t think so. Probably because many say it doesn’t even exist.

You see, The Theater was an old game released around the same time as Doom. Today, if you ever find it, it’s only available on crappy bootleg CD-ROMs, which, more often than not, don’t even actually contain the game.

The actual legitimate copies that they say were released back in the day feature a blank cover with nothing but the sprite of what has since been named ‘the Ticket-Taker’. He is simply a poorly drawn, pixelated, bald, Caucasian man with large red lips wearing a red vest over a white shirt and black pants.

He is completely expressionless, though some say that if you smash the disc his face is shown as angry the next time you look at the cover, though this is just dismissed as an urban legend. What is peculiar about The Theater, though, is that there is no developer named on the jewel case, nor a game description on the back. It is simply the Ticket-Taker on a white background on both sides.

The game was initially known for its inability to install correctly. The installation process immediately locks up the computer when the user reaches the licensing agreement. Also strange about the licensing agreement for The Theater is that whenever the development studio is supposed to be named, the text is simply a blank line. Anyways, most people who have claimed to owning one of the original CDs say that they figured out how to install the game by simply rebooting their computer on the licensing agreement with the disc still inside. Then they are prompted to press ‘I AGREE’ on startup. Then they continue with the installation.

If a player supposedly manages to find to what they believe to be a *working copy*, they have said that the installer window will freeze and stop responding before you can click your first *next* but they do also say that their PCs do not lock up and it is only the installer that freezes. it is unknown if these are actual copies or fakes but it is widely thought that these *working copies* are just to draw internet attention with no proof of the installation effects.

Upon proper installation, the game then starts up without any introduction besides a main menu that is simply the sprite of a movie theater’s exterior on an empty city street. The title fades in and then the 3 menu buttons ‘NEW GAME, LOAD, OPTIONS’. Selecting OPTIONS immediately crashes the game to the desktop. LOAD is said not to function at all. Even if you do have a saved game, nothing happens when you press it. Thus, NEW GAME is the only working menu option.

Once it is selected you are in the first person view. You are standing in an empty movie theater lobby, with the exception of the Ticket-Taker standing in front of a dark hallway which one can only assume leads to the theaters themselves. There’s nothing to do but look at the poorly-drawn, mostly illegible movie posters or approach the Ticket-Taker. Once the player moves towards the Ticket-Taker a very low-quality sound clip plays saying “THANK YOU, PLEASE ENJOY THE MOVIE” along with a speechbox saying the same thing. You then walk into the hallway and the screen fades to black and you’re back in the empty lobby and you do the exact thing again and again and again.

While this may sound like a really horrible game, a number of peculiar things occur as you continue to play it. The number of times that you have to continue into the hall after giving your ticket to the Ticket-Taker before the strange events happen is unknown. Most state that it’s completely random and could take anywhere from the first playthrough to the four hundredth. What happens, though, has deeply disturbed some players.