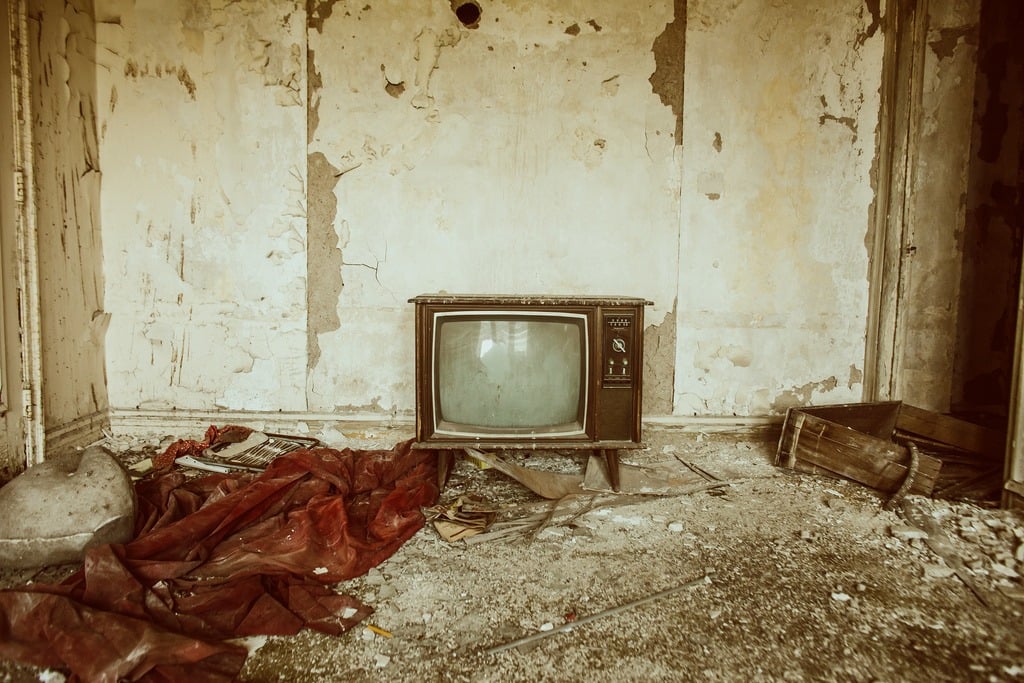 What if all those “lost” episodes of familiar television shows that pop up so frequently in creepypasta tales weren’t just… “found?” What if they all came from the same place? What if someone — one, solitary person — was responsible for every single one of them? That’s the possibility Slimebeast, aka Christopher Howard Wolf explores in the pasta simply and appropriately titled “Lost Episodes.” Like most of Slimebeast’s stories, this one is rather well-written, indeed; it riffs on a common theme in creepypasta, taking it and twisting it in new ways that leave you with a sinking feeling in the pit of your stomach.

I’ve included links to some of the specific pastas to which “Lost Episodes” refers at the bottom of this post, so scroll down to check ’em out; you can also find more of them in the “Lost Episodes” genre listing on the Creepypasta Wiki.

I don’t want to burst anyone’s bubble, here… so if you believe in haunted “Lost Episode” legends and enjoy living in that world, maybe this isn’t the post for you.

Don’t get me wrong — I hate when people complain about “lack of realism” in entertainment, and I think all kids need to believe in Santa and the Tooth Fairy for as long as possible, but… this is different.

Back in the ’80s I met this dude, Sid, who used to cut old VHS tapes and shit. It was more than a hobby for him – it was pretty much his entire life. His parents were a bit more wealthy than I’d been blessed with, so when we were teenagers and I was slaving away at a “Skats” (Yes, Skats) fast food restaurant, he just hung out around the house, cutting tapes. All day. All night.

Of course, as you get older things in your past become a bit clearer and I think he might’ve been borderline autistic… or maybe he was a very high-functioning person with Asperger’s… but of course I’m no expert and I’m not saying that was the case. It’s just the best and quickest way I can think of to explain his personality and this obsession with cutting tapes, cutting tapes, cutting tapes.

It started when he saw Old Yeller as a little kid. For whatever reason, his parents let him watch that shit. If you’re unfamiliar with it, it’s the tale of a boy and his dog. I hope I don’t have to announce the spoiler on such an old-ass movie, but in the end the boy has to shoot his own dog because it’s rabid.

Sid didn’t appreciate this. His dad photographed and video-taped weddings, so he showed Sid how to operate some of the machines… and Sid cut out the ending, replacing it with an earlier, happier scene as if Old Yeller just suddenly “got better” offscreen.

He watched the tape obsessively after that, even into his early teens when I’d first met him. He made me watch it once to show how he “fixed” it, and I could actually picture him as a little boy once he started applauding and cheering his own faux-ending.

I don’t want to say I was a bad influence, but after I saw it I asked if he could do that with other movies.

“Suicidemouse.avi.” NOTE: This one isn’t specifically referred to in “Lost Episodes”; however, as it’s the story that’s widely considered responsible for inspiring the entire genre of lost episode pastas, I think it’s worth including.