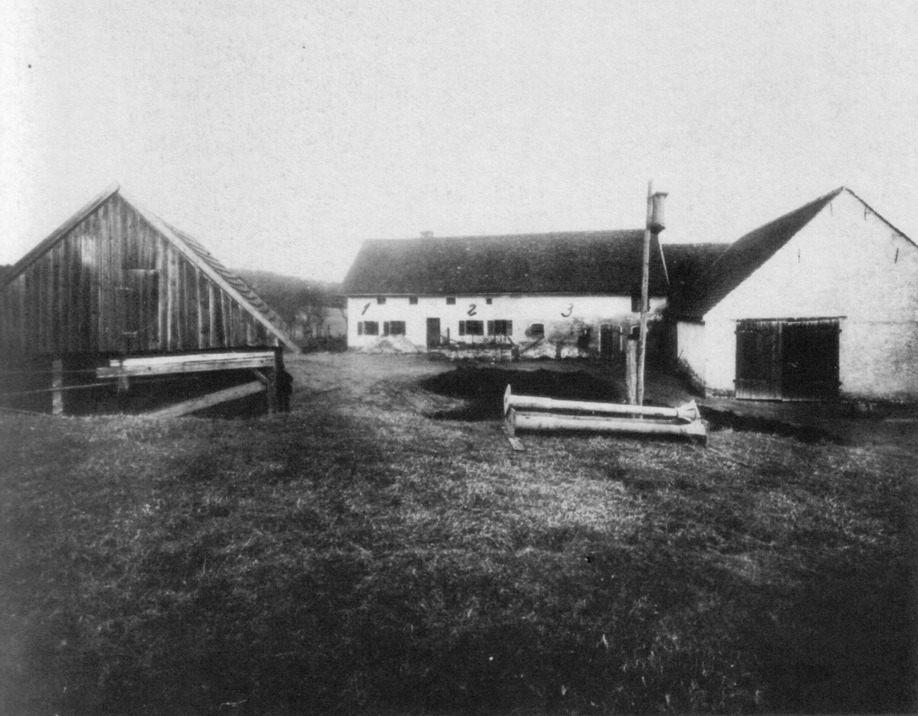 On April 4, 1922 — a Tuesday — neighbors of the Gruber family grew concerned. The Grubers owned the farmstead between Ingolstadt and Schrobenhausen commonly referred to as Hinterkaifeck; although the title was a nickname at best, it accurately described the Bavarian farm: Hidden in the woods roughly, it lay one kilometer north of the hamlet Kaifeck — that is, “hinter” Kaifeck, or behind Kaifeck. The Grubers had not been seen for several days. The family had not been seen at church that Sunday; according to the postman, the family’s mail had been piling up for several days; and the oldest of the grandchildren had not attended school on Monday or Tuesday. So the neighbors, led by Lorenz Schlittenbauer, did what any concerned, socially-minded group of people would do: They assembled a search party and headed over to the Hinterkaifeck farmstead.

The farm was silent. Calls out went unanswered, so the neighbors began to investigate. Before approaching the house, they checked the nearby barn… and found inside a scene out of a nightmare. Andreas Gruber, the family’s 63-year-old patriarch, his 72-year-old wife, Cazilia, their widowed daughter Viktoria Gabriel, 35, and her oldest child, a seven-year-old girl also named Cazilia, lay dead in the middle of a substantial pool of blood. An examination of the house revealed that Viktoria’s son, two-year-old Josef, and the family’s maid, 44-year-old Maria Baumgarten, had been slaughtered in their beds.

We still don’t know who did it, or why.

Police in Munich, the nearest large city, were notified and an official inquiry begun. Here’s what we know about the events of that night in 1922:

A number of other strange facts exist about the Grubers and their farm; these oddities may or may not be directly related to the murders, but they’re still worth noting. First, Andreas was believed to have been involved in an incestuous relationship with his daughter, Viktoria; Viktoria’s youngest child, Josef, may in fact have been Andreas’ son. Viktoria’s husband, Karl Gabriel, had been killed in the trenches in 1914 during the First Great War; his body was never recovered. Some have pointed to the lack of a body as in indication that Gabriel may have returned and committed the crimes himself, but this theory is pure speculation; reports from those who served with Gabriel describe his death and his body in great detail, further detracting from the theory’s credibility.

More relevant is this: Six months prior to the murders, the Gruber’s maid at the time had quit her position, claiming that the farmstead was haunted; the day of the murders had been her replacement, Maria Baumgarten’s, first day. Furthermore, Andreas himself had corroborated the strange goings-on at the farm: He told his neighbors stories of footprints appearing, leading from the forest to the farm but not leading back; the sound of footsteps pacing the attic; a newspaper appearing which none of the family had purchased; keys vanished; and the toolshed’s lock showed signs of tampering. All of these incidents, odd but seemingly innocuous, painted a terrifying picture when taken together as a whole: Whoever had committed the murders had been planning it for a very, very long time — and had been living on the farmstead right under the family’s noses in the months leading up to the crime.

The case went cold, and the perpetrator was never caught. An attempt by students from the Furstenfeldbruck Police Academy in 2007 sought to apply modern criminal investigative techniques to the almost century-old case; the students concluded, however, that too much time had passed, making the murders impossible to solve.

Hinterkaifeck itself has long been gone; a year after the murders, the locals destroyed the farmstead, leaving nothing behind but questions to which we’ll never know the answers. A memorial stands on the site today, with the Grubers themselves lying interred elsewhere in Waidhofen. There’s just one thing: They were buried without their skulls. The Grubers’ heads had been taken to Munich for examination after the murders, but in the chaos of the Second World War, they were lost and never returned.

It’s anyone’s guess whether the Grubers themselves are still searching for their heads. 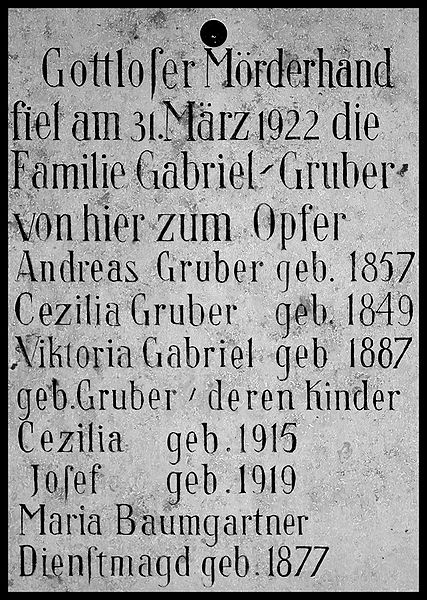 Case of the Month: Hinterkaifeck.

From Beyond the Woods: The Hinterkaifeck Murders.

The Hinterkaifeck Murders and the Devil’s Footprints.