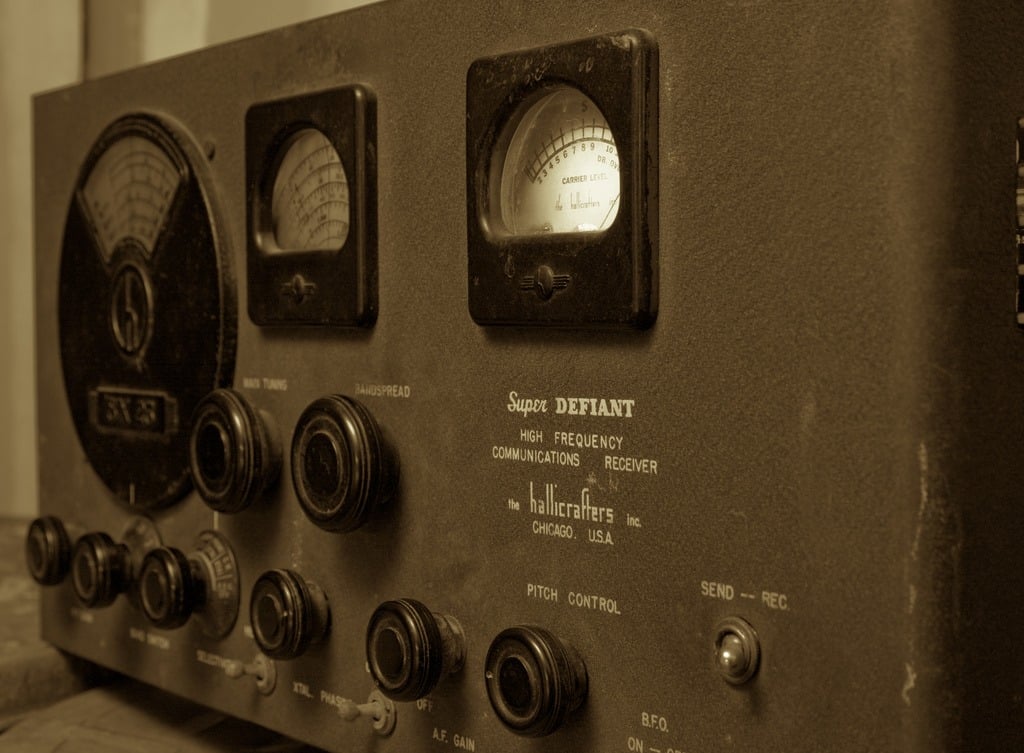 If you own a shortwave radio, tune in some night to frequency 4625 kHz. Depending on where you are, you might not hear anything; but if you’re located in Europe and occasionally in the eastern part of North America, odds are you’ll hear… something. You’ll hear a tone — a buzzing noise — repeating over, and over, and over again. We don’t know who’s broadcasting it, or why, or even from whence precisely it comes. We call it “The Buzzer,” and it’s one of the weirdest dang things out there.

Although we can’t pinpoint the Buzzer’s exact broadcast location, we do know that it’s somewhere in Russia. We’re also not totally sure when it began, although we know it’s been broadcasting at least since 1982. For the first eight years, it broadcast a two-second pip; it sounded like this, as recorded by Ary Boender, a resident of the Netherlands, in January of that year:

It is thought to have switched to the buzzer tone for which it is known in early 1990. It sounded like this, as recorded in 1991:

Beyond its nickname of “The Buzzer,” we also call it UVB-76; that’s how it identified itself for the first several decades of its existence, so the code kind of stuck. Technically, though, that’s not what it’s called anymore — the station moved to a different location in September of 2010 and began identifying itself as MDZhB, or, phonetically, Mikhail Dmitri Zhenya Boris.

Every so often, the buzzing ceases. It’s replaced by voices. These voice transmissions always begin with the station’s identifying code — UVB-76 prior to September 2010 and MDZhB after it — or, occasionally, with some other identification code. We don’t know if the codes are call signs or something else, but whatever they are, the voice messages never begin without them. Since the Buzzer is an example of what’s called a numbers station, we’re pretty sure it’s being used to communicate encrypted messages, although to what end remains to be seen. The ones from UVB-76 typically sound like this, as recorded on December 24, 1997:

Sometimes, though, the messages get weird (well, weirder). During 2010, for example — shortly before the station moved — broadcast activity increased. Then, on June 5, it went silent for roughly 24 hours. On August 23, it broadcast this:

And on August 25, it broadcast this:

And on September 7, this:

The September 7, 2010 broadcast marks the first appearance of the MDZhB code. Over the course of the next month, 25 voice messages would be heard; another 56 followed between the months of October and December.

Here’s the weirdest part: UVB-76 is not a recording. The tone isn’t just a loop — it’s created manually — and the voice messages are transmitted live. Take a listen to the August 25 video again. Can you hear that random thumping noise? It’s the result of someone placing the speaking that makes the buzz next to an open microphone. Or consider this recording from February19, 2012, in which we appear to be eavesdropping on a phone call in the background:

And then there’s this recording from September 2, 2010:

We have, by the way, identified the previous location of the Buzzer’s transmitter — the one it was broadcasting from before it moved. Using triangulation, it was discovered that it was coming from a Russia military base on the outskirts of small town near Moscow called Povarovo. According to The Kernel, a few groups of urban explorers attempted to visit the base after the station changed locations, and what they found was… a little bizarre. First, when they arrived at Povarovo, a local told them about a storm that hit the town during 2010. Fog rolled in — John Carpenter-style fog, dense and fast — and once it came, the military base was evacuated in 90 minutes flat. Second, there was a scary-looking guard dog stationed outside the base. And lastly, inside the bunker, the explorers found a log book full of records of the messages broadcast by UVB-76. Based on these discoveries, we’re pretty sure the Buzzer had been run by the Russian military — at least while it was broadcasting from Povarovo. These days, it might be in any number of places.