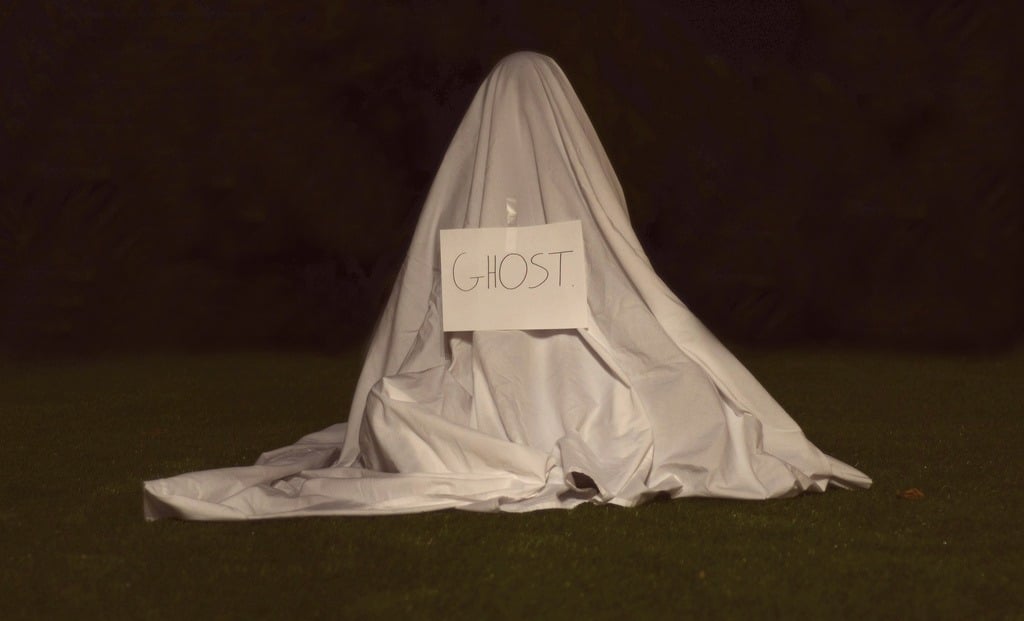 Previously: A Poltergeist Chair, a Driverless Van, and More.

Time for more ridiculousness from the Daily Mail! Alas, there seem to be fewer ghostly tales in it lately, so I’ve only got four for you this time; I have, however, found in one of them what might just be the greatest job title of all time: “Supernatural Liaison Officer” for the National Rail. In fact, let’s start with that one, shall we?

My only frame of reference for Leamington Spa is the Tom Stoppard play Dogg’s Hamlet; as such, bear in mind that my angle coming into this story involves an absurdist retelling of Hamlet and a mode of speech in which the phrase “useless, git” means “good day, sir.”

Anyhoo, it seems that the Leamington Spa National Rail station in the UK employs a “Supernatural Liaison Officer,” Nick Reese, to keep its ghosts in check. First put into service in 1852, the station is said to be one of the most haunted places in Britain (at least, according to the Mail and a few other similar rags); Rees’ duties include “checking ghosts’ tickets, ensuring that they do not eat customers’ sandwiches, [and] directing them to their train.” The passengers don’t really seem to have anything to worry about, though, as the most spooktacular areas of the station are the office building, which was built in the 1880s, and a disused basement under platform three. The basement apparently has a partially blocked off staircase that leads to nowhere, and, well… you all know how much I love a good staircase to nowhere.

Rees, a father of two, apparently volunteered for the gig after Chiltern Railways approached him about it; he seems quite affable, so I’m sure he’s a big hit with the station’s passengers. I’m not sure whether the whole “Supernatural Liaison Officer” thing is just a Halloween stunt, or if it’s going to be a year-round position, but I suppose if it’s all in good fun, then we might as well enjoy it.

2. Mother Discovers Her New House Is Haunted After She Takes Photo of a GHOST Staring Out from the Window 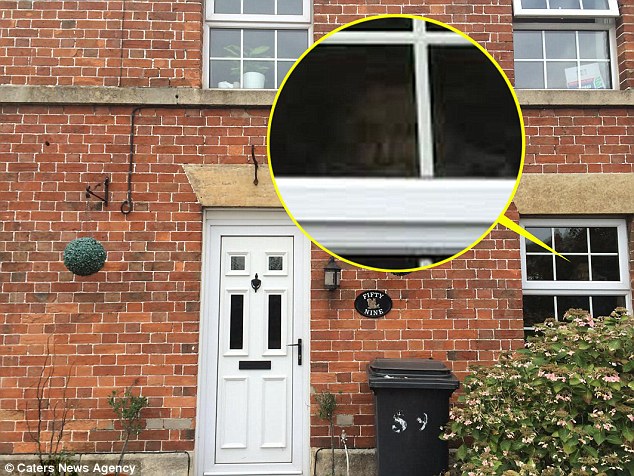 The emphasis, of course, is the Mail’s, because obviously no one will notice the “GHOST” part of the headline unless it’s written in all capital letters. Here’s how the story goes: Michelle Midwinter of North Bradley, Wiltshire (South West England, for those of you not from the UK), had just settled into her new house when she decided to snap a picture of it to post on Facebook. When she went to look at the photo, though, she discovered the figure of a creepy-looking dude staring out at her from the window.

When it comes to ghost photos, I usually assume one of two things is going on: One, our brains are rearranging a random pattern into something recognizable — in this case, a face — or two, Photoshop. In this case, I suspect it’s the first; unlike a lot of the “ghost spotters”

featured in the Mail, she seems relatively cautious about the whole thing. She does think, though, that if it is a ghost, it might be that of a factory inspector who once lived in the area named Samuel Savill Kent.

If you’ve read The Suspicions of Mr. Whicher, you might be familiar with the case. Kent was the father of a woman named Constance Kent, who was convicted of the murder of her three-year-old brother in 1860. The murder didn’t happen in North Bradley — it occurred in Rode — but Samuel Kent was originally a suspect in the case. It’s suspected that Constance’s confession was false, so it’s anyone’s guess whether or not that’s why Kent the Elder may have stuck around.

I still think the photo is just the brain seeing what it wants to see, though.

3. Does the Spirit of a Long-Dead Lord Mayor Still Haunt the Halls of the Liverpool Medical Institute?

I’m going to guess “no,” but maybe that’s just me. The footage seen above was allegedly captured during a recent tour of the Liverpool Medical Institute given to the Sefton Paranormal Investigators. Opened in 1837, the institute is one of the oldest medical societies in the world; due to its age, it’s also probably seen a whoooooole lot of awfulness conducted in the name of “science” (which, thankfully, we’ve since moved beyond. Mostly, at least). According to Pamela Robinette of the SPI, the first thing the group always does during an investigation is ask if there’s anyone around who wants to talk to them — and when they called out for Richard Caton, who had been the Lord Mayer of Liverpool from 1907 to 1908, the alarms they had previously set up went off. Orbs aplenty were also spotted, along with a few other oddities like unexplained temperature variations.

As much as I get a kick out of Ghost Hunters and other such shows, though, my issue with most ghost hunting groups is this (and no offense if you happen to be one; this is just my personal view): I always feel like they go into investigations looking for weirdness. As is the case with ghost photographs, our brains like to organize chaos into recognizable patterns — so if you go into something like this believing and wanting to find something literally out of this world, you will, even if there’s a perfectly plausible explanation. Again, though, that’s just me; for all my interest in creepy things, I’ve yet to witness a “ghost” myself. Maybe if I ever see one, I’ll change my tune.

4. Mother Spots “Ghost Child” in Family Snap of Her Children 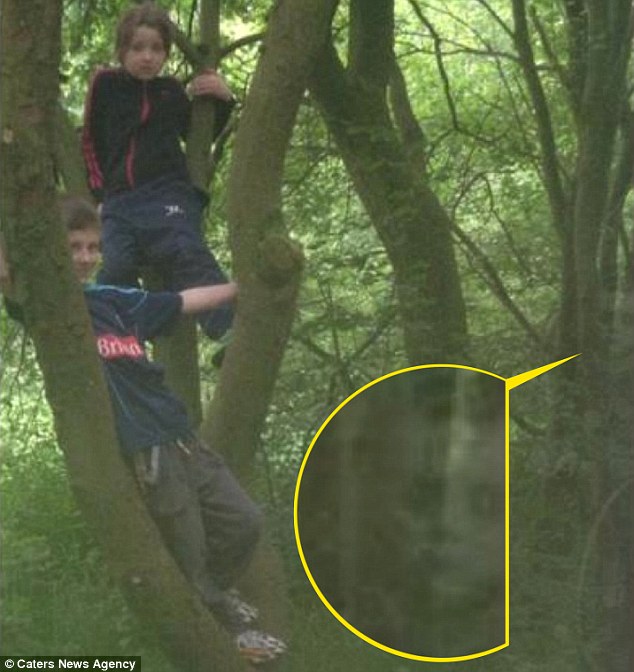 This one definitely looks like Photoshop to me. The mother in question, Michelle Mason from Stoke-on-Trent, took the picture in August during a family outing to Cannock Chase in Staffordshire — and, as is always the case with these kinds of photos, when she went to look at it again, she spotted what she thinks is a ghost child hanging out in the corner of the frame. It bears a certain resemblance to the Black-Eyed Kids that have been making the Internet rounds for the past few decades… but I suspect a wee bit of editing.

I do believe Mason when she says that she has no idea how to use Photoshop herself — but it’s entirely possible that someone edited the photo without her knowledge. Cannock Chase itself is well known for its supernatural sightings, including black dogs, werewolves, UFOs, and even Bigfoot; no conclusive evidence of these creatures has ever been produced, however, so it’s probably all just local folklore.