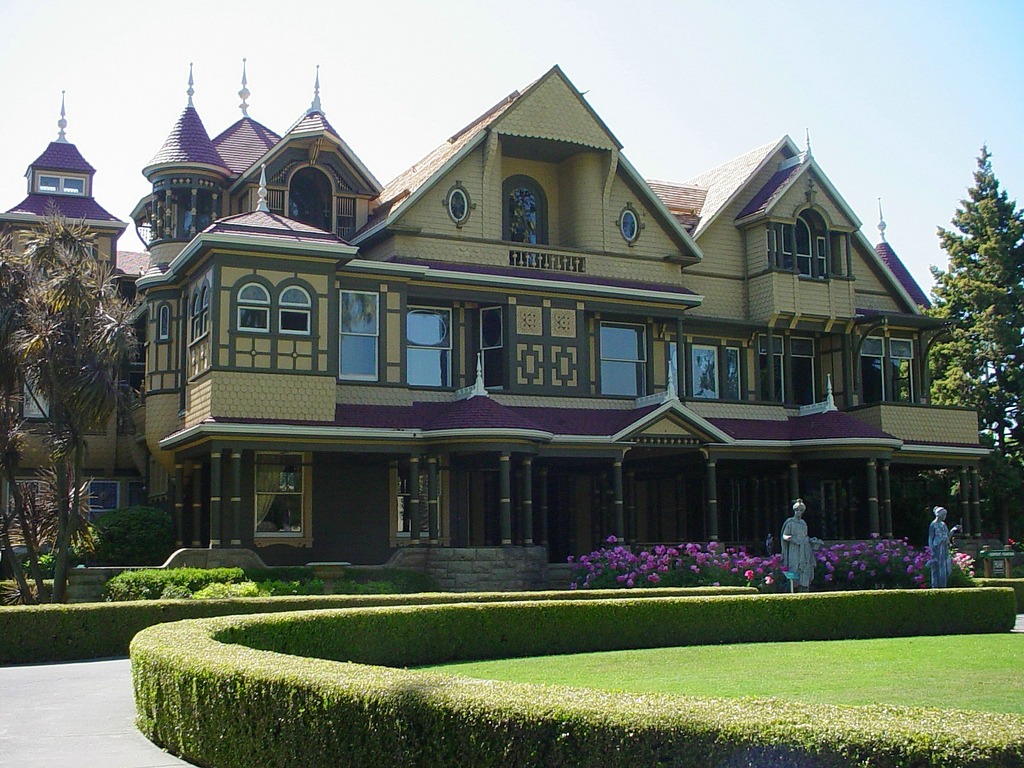 Sarah Lockwood Pardee was in her early 20s the year she married William Wirt Winchester — the namesake of what’s now known as the Winchester Mystery House. A well-educated and beautiful woman, Sarah was known as the Belle of New Haven; William, meanwhile, was the son of Oliver Winchester and heir to the Winchester Repeating Arms Company. It was considered an excellent match, and they said their “I dos” on September 30, 1862 in New Haven, Connecticut. For the first years of their marriage, they lived a life of happiness and luxury, moving in the best circles of New England society — only to have their happiness come to an abrupt end in 1866 when their only child, Annie, died of marasmus in infancy. After the death of her daughter, Sarah fell into a deep depression; no one, however, had any idea how long that depression would plague her, and to what lengths she would go to assuage it.

Fifteen years later in March of 1881, William Wirt Winchester passed away from tuberculosis at the relatively young age of 45. The spiritualism movement was in full swing in the United States at the time, with séances, spirit photography, and the like being all the rage; as such, it’s perhaps unsurprising that Sarah sought help from a medium following the death of her husband. Whether this medium truly could channel the spirit world or whether she was simply a fraud taking advantage of a wealthy and distraught widow remains to be seen; whatever the case, though, she is said to have told Sarah that both her family and her fortune were haunted—haunted by the spirits of Native Americans, Civil War soldiers, and any and all others who had met their ends at the end of a barrel belonging to a Winchester rifle. Her husband and her daughter, Sarah was told, had both been victims of these spirits; there was a good chance that Sarah herself was next.

But there was a way to fight these spirits, the medium said. It required great sacrifice on Sarah’s part, as well as constant vigilance—but if she did as the medium bid her, she could keep herself safe from the angry spirits seeking her blood. The answer was this: Sarah was to pack up the remains of her life travel west to California. Once there, she was to begin construction on an immense mansion—a house for the spirits. As long as construction on this house never ceased, the spirits would be appeased and her life would be spared. So in 1884, Sarah moved to California with her sister and her niece; in 1886, she purchased an eight-room farmhouse that stood on 161 acres of land in what is now San Jose, and began work immediately on what eventually come to be known as the Winchester Mystery House.

Sarah had a $20 million inheritance—more than $550 million at today’s currency rate—to fund her Mystery House, making money no object. She was generous with her employees, paying three dollars a day as opposed to the going rate of $1.50, and the mansion featured nothing but the best in furnishings and details: Art glass windows from Tiffany, Swiss modeled bathtubs, German silver and bronze inlaid doors, parquet floors made of mahogany and other exotic woods, and more treasures adorned the interior; the Grand Ballroom alone cost $9,000 to build at a time in which an entire house could be raised for less than $1,000. But no balls would ever be held in the Grand Ballroom, and though Sarah Winchester donated to many local charities and welcomed the neighborhood children to her home, she remained reclusive, with a tall cypress hedge surrounding the house and a dark veil constantly covering her face.

But for all its beauty, the interior of the Mystery House is a dangerous place. One wrong turn and one might end up lost for hours. Sarah, you see, held regular séances she called the Blue Room; using the room’s specially built cabinet, automatic writing supplies, and planchette board, she would contact spirits for instructions on what to build next. As a result, the house is full of peculiarities, including columns installed upside down, stairways that lead to nowhere, and doors that open onto solid walls or into thin air several stories up. It’s believed that these tricks and oddities were built specifically to confuse evil spirits; indeed, Sarah never slept in the same bedroom twice in a row for fear of angry ghosts hunting her down in the night. The number thirteen also features prominently in the design, with many windows having thirteen panes, chandeliers carrying thirteen candles, and so on.

The house grew to seven stories, although the earthquake of 1906, knocked it down to four, with the top three stories being so badly damaged that they were beyond repair. Contemporary scholars theorize that after the earthquake, construction slowed somewhat in comparison to its previous breakneck pace; as long as she was alive, however, she kept working on it. It’s believed that between 500 and 600 rooms were built in total, with many constructed one week and dismantled the next. 160 rooms remain today.

Sarah Winchester died in her sleep of heart failure on September 5, 1922 at the age of 83—and only then did construction on the Winchester Mystery House cease. She was interred in Alta Mesa Cemetery for a time before being transferred to New Haven; her remains now reside beside those of her husband and daughter. The house’s belongings were left (in a will with thirteen sections signed thirteen times, no less) to Sarah’s niece, Marian I Marriott, who took what she wanted and auctioned the rest. The house itself was auctioned off to the highest bidder.

Did spirits really dog Sarah Winchester’s footsteps? Probably not; the story about the medium hasn’t been verified, and it’s been suggested that the reason for all those abandoned staircases was her arthritis (apparently it got so bad that she might have just instructed her workmen to abandon staircases midway through, knowing she would never be able to climb them). I suspect, though, that even if she wasn’t actually haunted, she at least thought she was as a result of her grief over her husband and her daughter. It’s also possible that she suffered from an undiagnosed psychological disorder. We’ll probably never know the “truth,” insofar as there is one; in the meantime, though, if you want to see the Winchester Mystery House for yourself, it’s incredibly easy to do so. A registered National Historic Landmark, San Jose historic landmark, and California historic landmark, the grounds have been open since shortly after Sarah’s death in 1922, and tours have been running regularly since 1932. It also got approval for overnight stays in March of 2014, although I can’t find any information on the official Mystery House website about them yet; maybe they’re still in the planning stages. Just, y’know… make sure you bring a flashlight with you if you go.

Also, do not, under any circumstances, watch The Haunting of Winchester House. It’s bad. Really, really bad. You have been warned. 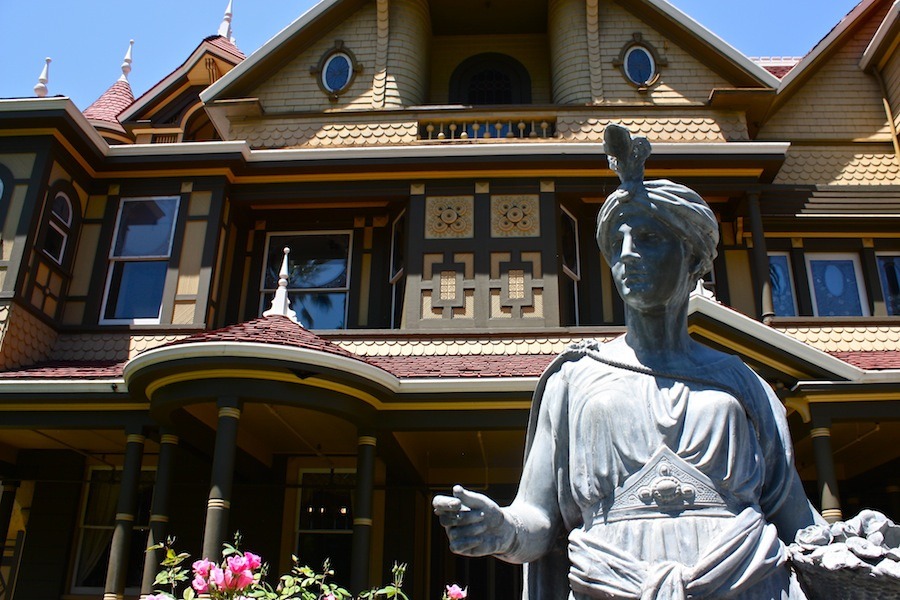