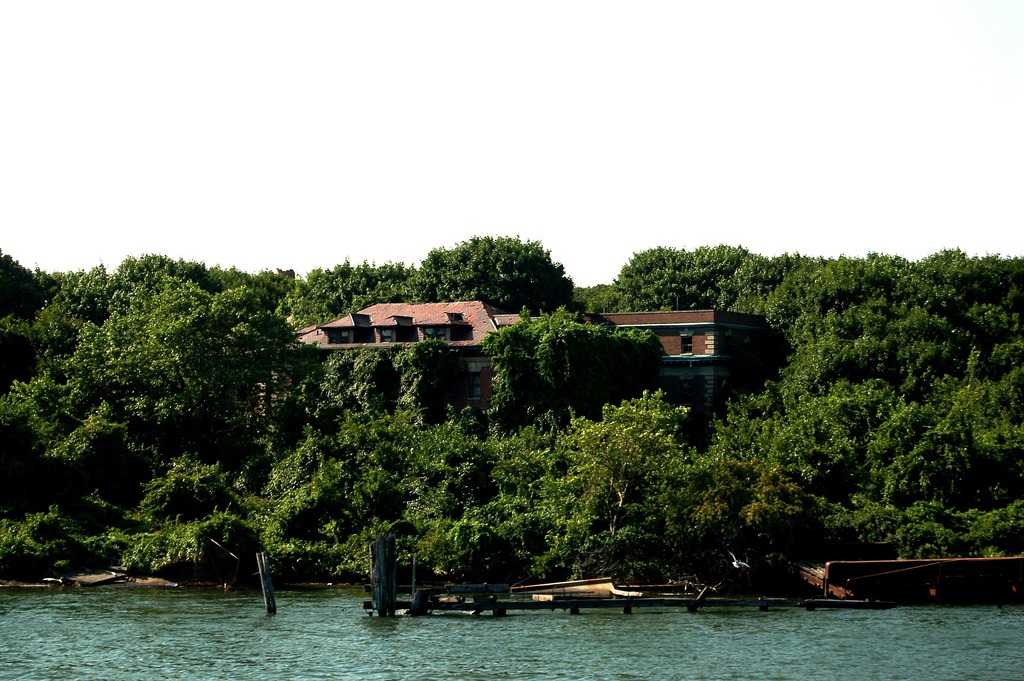 You don’t have to leave the state to escape the crowds of New York. You don’t even have to leave the city. All you have to do is get your hands on a boat and steer it to a little island about ten minutes off the coast of the Bronx. It’s called North Brother Island, and it’s been abandoned for decades.

In 1885, Riverside Hospital moved from Blackwell’s Island—now known as Roosevelt Island—to North Brother Island, marking the first time the island saw habitation. Originally founded in the 1850s to treat smallpox, Riverside eventually expand to other quarantineable diseases as well. The hospital saw a great deal of history during the time it was located on the island; in addition to being the site of “Typhoid Mary” Mallon’s quarantine from 1907 to 1910 and again from 1915 to her death in 1938, it also witnessed the wreck of the steamship General Slocum. On June 15, 1904, over 1,000 people either burned to death in the fire aboard or drowned before reaching the shore.

Following the closure of Riverside Hospital, the island alternately housed World War II veterans and treated adolescent drug addicts. The veterans have perhaps the happiest story of North Brother Island’s inhabitants; once the nationwide housing shortage abated, the program was no longer needed. The rehabilitation center for drug addicted teens that opened in the ‘50s, however, met with a sorrier fate: Many of its patients believed they were being held there against their will, and widespread staff corruption and patient recidivism forced it to close its doors by the early 1960s.

But all is not lost for North Brother Island. It may be abandoned, and it may be off limits to the public, but there are many more living things than dead ones inhabiting it now. Amidst the collapsing buildings overgrown with forest greenery are birds of all kinds: Black-crowned Night Herons, Glossy Ibis, and Great Egrets find their homes there, making the once-sordid place a bird sanctuary of great beauty. In recent years, the winged population has sadly declined—but it has by no means vanished. All you have to do is look up to the trees to see it.