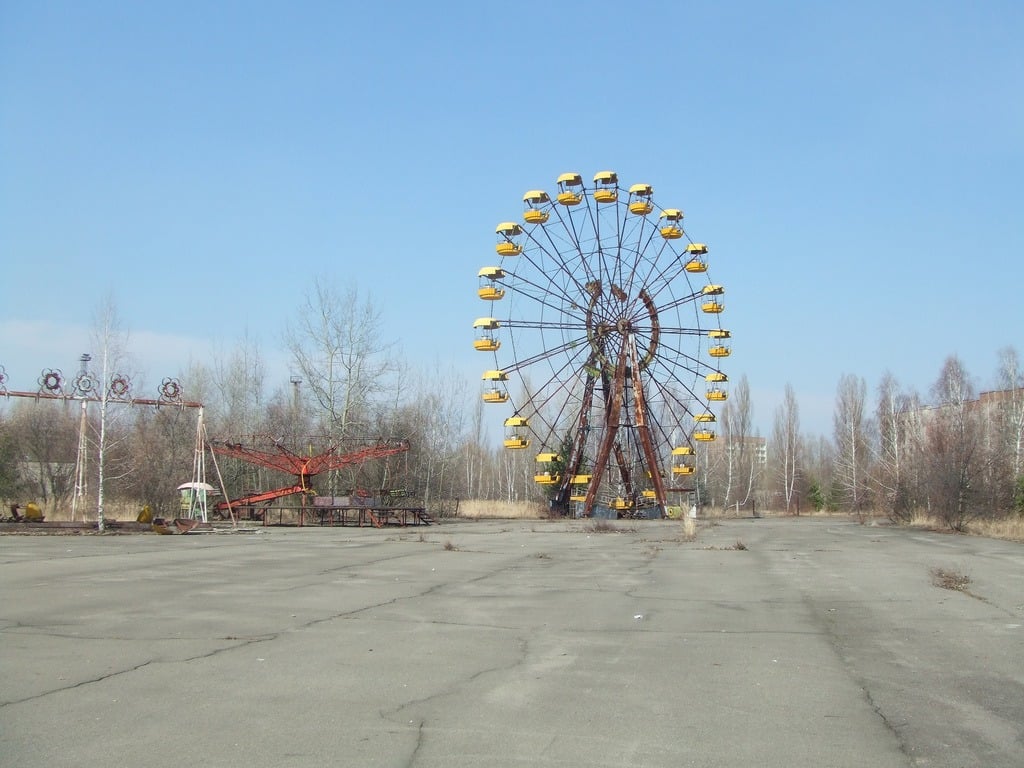 On April 26, 1986—a Saturday—a systems test began at reactor number four of the Chernobyl Nuclear Power Plant in Pripyat, Ukraine. The steam to the turbines was shut off; the diesel generator was turned on; and the idea was that the turbine generator would supply power to the reactor’s Main Circulating Pumps as it wound down, while the diesel generator would pick up all of the pumps’ power needs as it warmed up. But something no one had counted on happened as the momentum of the turbine generator decreased: The power it produced for the pumps decreased as well. This caused the water flow rate to decrease, which in turn lead to the increased formation of steam bubbles—“voids,” as they’re called—in the reactor’s core.

The creation of these bubbles caused a power surge. When this power surge happened, an emergency shutdown of the reactor was initiated—but rather than being the plant’s saving grace, it instead triggered an explosion. The explosion launched a plume of highly radioactive fallout into the atmosphere, which in turn fell upon a huge geographic area around Belarus, Russia, and the Ukraine.

The Chernobyl disaster would become known as the worst nuclear power plant accident in history, both in terms of monetary costs and the loss of life. Between 1986 and 2000, 350,400 people were evacuated from the most heavily contaminated areas affected by the explosion; long-term effects are still being evaluated. The only other event that would come anywhere close to it—a level 7 event—was the 2011 Fukushima disaster in Japan.

Before the Chernobyl disaster, Pripyat had been a thriving place. With a growing population of 49,400, it had been declared a city in 1979, just seven years before the accident. It had 15 primary schools, five secondary schools, and one professional school; a culture palace, a cinema, and a school of the arts; it had been a major railroad and river cargo port in northern Ukraine; it had even had its very own amusement park poised to open on May 1, 1986. The Pripyat amusement park did open for one day immediately following the disaster at the nuclear power plant—April 27—in an effort to curtain the sense of terror running through the city; however, it would be the only day the park was ever operational. The city began evacuation 2 o’clock that afternoon; it has been abandoned ever since.

These days, Pripyat is considered relatively safe to visit; a number of companies offer guided tours of the area. But it is unlikely that the city will ever thrive as it once did, or even play host to life beyond what has managed to reclaim the area in the years since the accident. If you’ve ever wondered what the world will be like once humans no longer have the run of it—Pripyat is it.