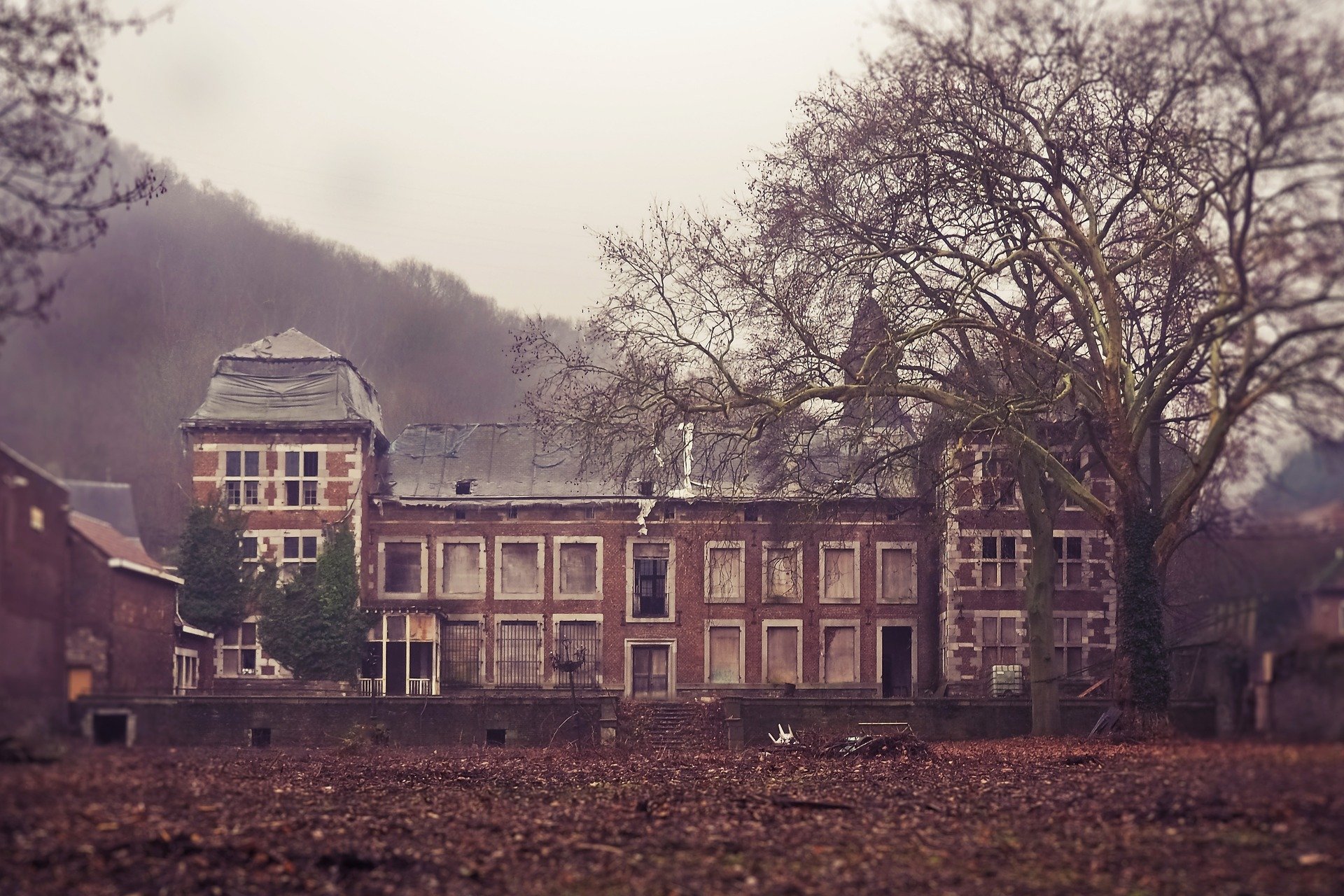 Previously: “I Found A Digital Camera In The Woods.”

Are you thinking of moving soon? Yes? Maybe? Well, whatever you decide, make sure you vet any potential new living situations as thoroughly as possible — otherwise, you might end up in the same situation as the anonymous narrator of the creepypasta “House Of Rules.”

The titular house of this story — which you might sometimes encounter under the name “My House Has Rules” — is a terrific example of one of my favorite spooky tropes: That of the Eldritch Location — a space that, somehow, just… doesn’t quite behave the way it should. Eldritch Locations tend to rearrange themselves when you’re not looking. They get bigger. They get smaller. Their dimensions change. Windows and doors appear, and disappear. The walls open wide up, then close in on you. They’re unknowable in the truest sense of the word — and the not-knowing, the fact that you’ll never be able to know them, is supremely interesting to me.

Unfortunately, there’s a lot I don’t know about the origins of “House Of Rules” itself. It’s old; I know that much. But I don’t know how old, or who wrote it.

For the curious, it was uploaded to the Creepypasta Wikia in April of 2011 — but it also appeared in a big roundup of creepypasta stories assembled in a message board post dated February 2010, more than a full year earlier. But neither does that seem to be the story’s first trip out; the writer of the message board post notes that their goal in starting this particular thread is to “share scary stories (primarily creepypasta) that I find on the internet” — meaning that they didn’t write the story, either. They found it somewhere else.

Where, though? That, I’ve been unable to determine. Setting the search parameters to an exact phrase query dated 2010 and earlier fails to bring up anything older — at all. (Literally, there’s nothing else to find.) I can only assume that this means the original source has been scrubbed from the internet.

It’s still a good story, though.

Of course, the biggest question about “House Of Rules” centers around why the narrator doesn’t just… leave.

But that’s the thing:

I don’t think they can.

I think if they tried to, the house… might not let them.

And so… here we are.

I didn’t think so.

I live in a house of rules.

I moved here three months ago. Flat number 27. The flat was a repossession. I never met the previous owner, and to date know him only from the post I receive in his name. I could make up stories of him vanishing, or his screams being heard in the darkness one night… I could make exaggerated claims about all of this, but this is not a work of fiction, nor is it written to entertain.

I had just got a new job — a promotion I had waited years for. This was meant to be the next step to greater things, but I needed to move quickly to save on the long drive each day. When I found this place, I was overjoyed. It was well-located, within my price range and, a part from being extremely run down and dirty, had so much potential. It’s a duplex apartment, with a guest room and spare bathroom on the ground floor, and a dressing room and several storage rooms on the top floor.

The purchase was a complicated one — due in part to poor record keeping and the loss of deeds and plans of the house. What should have taken a month from start to finish took four times as long. Because of the length of time, I took several viewings and each time was amazed by windows and cupboards that I could not recall from previous visits. Rooms seemed bigger and lighter — more inviting. Even the estate agent was baffled that her property listing documents were constantly wrong.

The neighbors in the block of flats are a strange lot. They don’t talk. They keep to routines you can set a clock by. When I first moved in, I tried to invite them to a housewarming, so desperate was I to meet new people. Not one of them came. They get in at the same time every day and never leave the house. I never hear them moving around at night.

One of them, a nervous man from upstairs who constantly fidgets and glances around, apologized afterward. He explained his lack of attendance was simply that “he wasn’t allowed to.” At the time, I presumed he meant his wife, but now I’m not so certain. As he was the only one I had got to know since the move, I did my best to become friendly… and even felt like I was making headway. Then I made the mistake about asking about the previous owner, to which he made and awkward and short response before making his excuses — I have not seen or heard from him since.