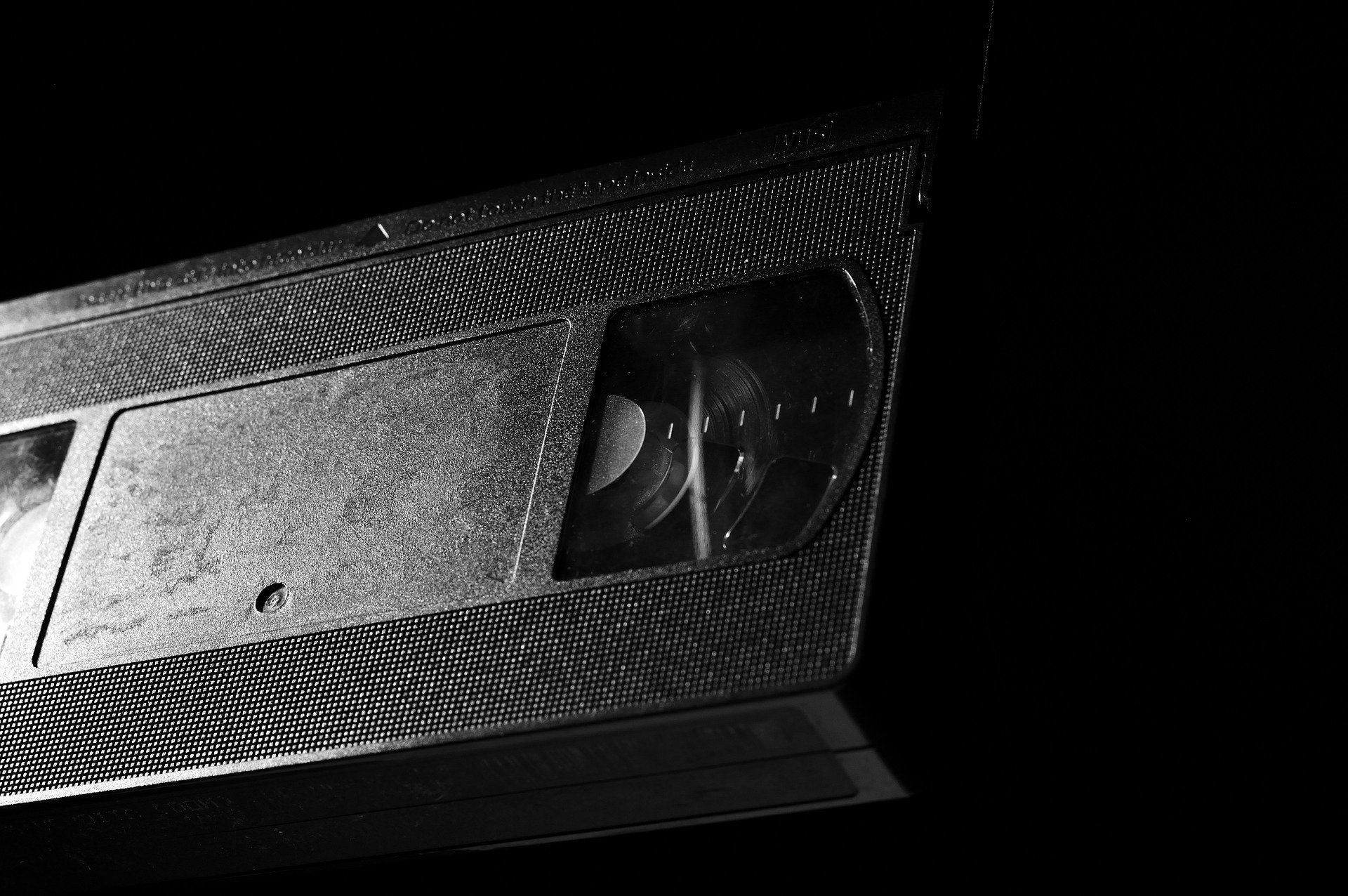 Appearance: Subject is reportedly a video hosted on an unknown video sharing or streaming website that is said to be so disturbing, viewing it causes nightmares, illness, and other severe physical symptoms. Images depicted within subject have been described in at least one account as “strange,” featuring “a bathtub full of writing maggots, haunting paintings… melting, random forests, [and] flashing colors.” Text in a non-English language has also been noted as appearing on the screen, while a voice whispering indistinctly may be heard in the background.

Accounts vary as to exactly what language the non-English text is written in. According to some accounts, it is Esperanto, the “international language” created by Polish ophthalmologist L. L. Zamenhof in 1887. (Esperanto failed to achieve its goal of becoming the universal language, never having been adopted in any part of the world in a meaningful way.) According to others, however, it is Estonian.

Other images reportedly contained within subject include “a small puppy being held up by its neck,” a nursery full of rows of cradles holding unnaturally still children, a rotting plant, decaying corpses, and seemingly “‘real’ cases of exorcism and demonic possession.” Audio includes the cries of human children, more indistinct whispering, and “screams of intense pain and suffering.”

Screenshots of frames reportedly captured from subject depict dark hallways and a crying baby. The baby appears to be human; however, there is an unnatural quality about it, as if it is a statue or doll, rather than a living being. The quality of the film is grainy and dark, although whether this is due to generation loss or whether the recording itself is simply of a low quality remains to be seen.

Who or what the “Grifter” referred to by subject’s title has not been satisfactorily identified.

Subject’s description is qualified with the word “reportedly” due to the fact that an actual copy of subject has not thus far been located. A small handful of videos claiming to be subject have been found, including one which does, in fact, include narrative text at the beginning and end written in Esperanto, rather than Estonian — but none has been definitively identified as subject.

Subject may, in fact, not exist at all.

Or, if subject does exist, it may only exist as the rumor surrounding the video, not as the video itself.

Modus operandi: Subject’s precise modus operandi remains unknown; however, the working theory is that subject functions something like a chain letter or virus. Once subject has ensnared a target, that target — hereafter referred to as target prime — will feel compelled to mention subject on at least one online forum, typically in a way which both brings subject to the attention of other potential targets and which suggests that target prime wishes they had never encountered subject.

Target prime’s discussion of subject is typically enough for other potential targets to self-select into subject’s pool of targets: Those whose interest is piqued in this fashion will do whatever they can to seek out subject, despite the fact that target prime’s discussion will emphasize how important it is NOT to seek out subject. Depending on subject’s status of existence — which, as a reminder, remains unclear — the newly acquired target will either acquire subject, watch subject, and then subsequently post on an online forum about subject themselves, thus becoming the next target prime and continuing the cycle, or else skipping immediately to posting about subject in such a way as to ensnare new targets.

According to one account, targets who have watched subject have all reportedly been found dead in their own homes. These expired targets have also all been found to have a strange doll hidden somewhere within the homes in which their remains are found. No description of this doll is given.

Containment: None. It’s very, very hard to contain things that spread via the internet. The internet, after all, is forever.

Additional notes: The first instance of a target prime discussing subject online occurred on 4chan’s /x/ paranormal board in August of 2009. There, user the_solipsist posted in a message titled “The Grifter” several screenshots purportedly captured from subject, along with the message, “I wish I had never seen it. … I seriously feel disturbed; like it ruined something deep down within my soul. I’ll never be the same…” Further discussion in the same thread noted that subject had originally been posted to 4chan in 2008, although this earlier thread — if, indeed, it exists — has not been located.

One video which has surfaced purporting to be subject includes lengthy portions of Esperanto introducing and concluding the one-minute-and-27-second clip. The introductory text of this video, which was uploaded to YouTube by user jojacob666 on Sept. 8, 2009 — roughly a month after the_solipsist’s 4chan post concerning subject — reads as follows:

Translations of this piece of text by online language assistance tools are imprecise, but its content may be summed up as follows:

Presented here is part of the work called ‘The Grifter,’ which has been missing for 30 years, suppressed by international authorities due to its disturbing nature. The small piece of the larger work seen here has been deemed “acceptable” for public consumption by these international authorities. The full work consists of almost 100 hours of footage, much of which features acts of cruelty.

The piece of text at the conclusion of the video is much shorter, reading simply:

This sentence, which seems to refer to the child seen in the video, translates as follows:

“This child (now a young man) is still alive and living in an asylum which shall go unnamed. He never learned to speak and remains catatonic.”

The images in this video do not match up with existing descriptions of subject. It is therefore unknown whether this video is subject, or simply masquerading as subject.

On a related note, it has been well established that many of the existing frames purporting to belong to subject belong, in fact, to the Czech film Little Otik. Directed by Jan Švankmajer and released in 2000, Little Otik — also known as Greedy Guts and, in the original Czech, Otesánek — tells the story of a childless couple who adopt a  root from their garden which resembles a baby in shape and raise it as their offspring. The root-child comes alive; however, it also proves to have an insatiable appetite, which results in the deaths not only of a cat and several passersby, but also of the couple themselves.

Švankmajer is known for his surreal style, which often employs such techniques as stop-motion animation and fast-motion sequences to create theatrical, fantastical, and frequently nightmarish images.

Little Otik is itself based on a folktale titled “Otesánek,” or “The Long-Desired Child,” written in the 19th century by Czech poet and folklorist Karel Jaromír Erben. Like Little Otik, it follows the lives of a childless couple who adopt a child-shaped piece of wood. The wood-child comes alive and consumes first everything in the house, then its adoptive parents, then other people it encounters in the village.

The primary difference between Little Otik and “Otesánek” lies in the conclusion. In “Otesánek,” an old woman rips the wood-child open with a hoe, killing it and freeing those it has consumed. In Little Otik, an old woman enters the basement in which the root-child had been sequestered for safety reasons — but the viewer does not witness her killing the root-child. Instead, we simply hear another character tearfully recounting the ending of “Otesánek.” It is unknown whether the old woman succeeds in killing the root-child — and if so, whether those it has consumed are set free in the process — or whether she becomes yet another victim.

The 4chan user the_solipsist has reportedly since stated that subject does not, in fact, exist — that they made it all up as a work of fiction. The message the_solipsist reportedly wrote when coming clean reads, in part:

“The Grifter is, indeed, my work of fiction. I started a thread about it after remembering the name from that Tales From The Darkside episode about a creature called ‘the Grither’ that I saw when I was little.”

(Note: The episode of Tales From The Darkside featuring the Grither is titled “Seasons Of Belief.” It originally aired on Dec. 29, 1986.)

“… It really caught on like wildfire, piquing the curiosity of those who wanted to see it. Along with the hive-minded trolls (from [the] /b/ [random board]?) that [acted] in the interest of my efforts by making their own claims to having … seen it. Yes, I hate to lie, so I’ll admit… I made the edited screencaps ripped from Little Otik. I was surprised it took you guys as long as it did to identify them.”

Recommendation: Do not discuss subject.

Do not attempt to find subject.

And, above all, DO NOT WATCH subject.

Know Your Meme: The Grifter.

“Otesánek,” or “The Long-Desired Child.”

Tales From The Darkside: Season 3.

Synopsis of Tales From The Darkside episode “Seasons Of Belief” at Darkside Tales Wiki.