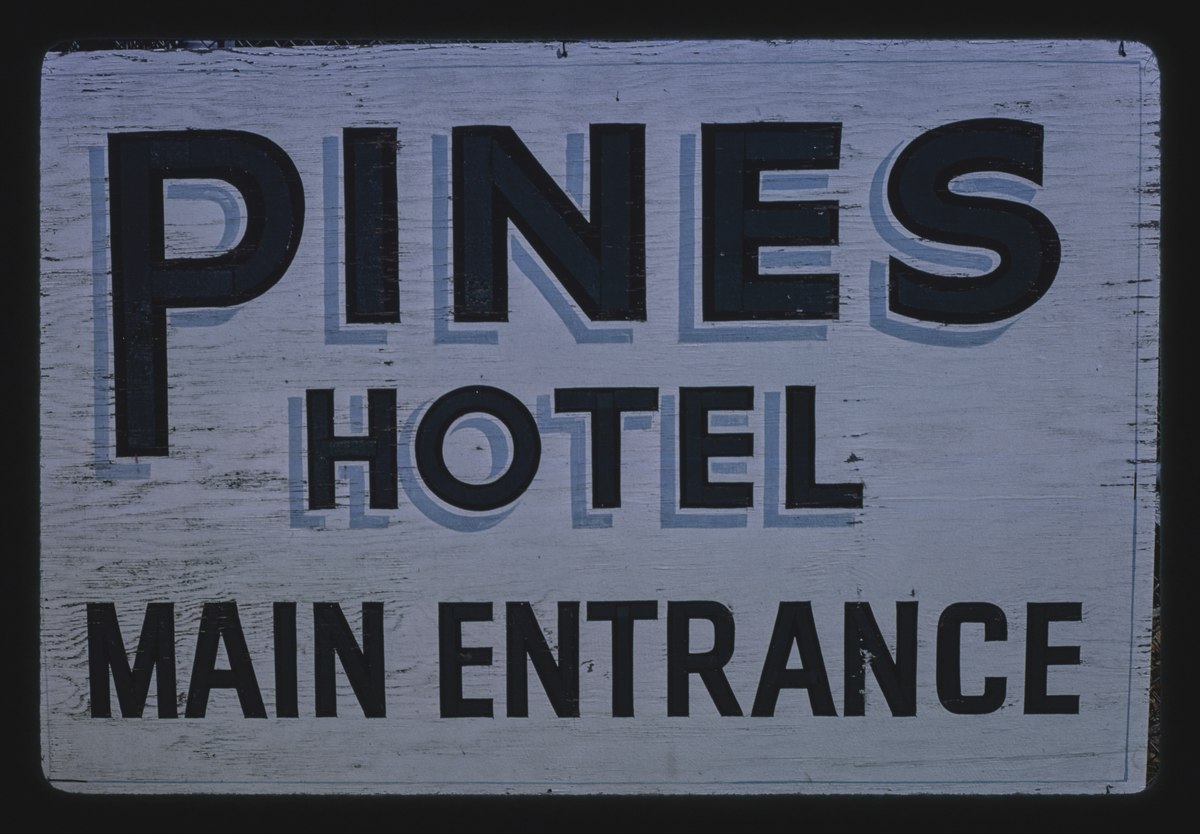 There are a lot of decaying resorts tucked away in the mountainous regions of the United States — and I do mean a lot, particularly along the East Coast. The Catskill Mountains, though? That resort region bears a specific significance. Just an hour and half outside of New York City, it once boasted a hugely important vacation community — and although most of the resorts that made it famous have now closed, their skeletons still stand. The Pines Hotel resort is among them — and even now, no trip to the Catskills would be complete without a visit to the Pines.

The ruins of the Pines are located in the “Borscht Belt” — the area of the Catskills replete with resort hotels which functioned as the vacation spot of choice for many in New York City’s Jewish community between the 1920s and the 1970s. According to Hudson Valley Magazine, the area’s status of vacation hot spot grew organically: As Eastern European Jewish farmers immigrated to the Catskills in the early 20th century, they began opening up their doors to urban-dwelling Jewish folks looking for a place to holiday in a largely anti-Semitic world. What began as boarding houses became bungalow communities and hotels — first small ones, but growing larger and more elaborate as time went on.

And as the tourist trade — and the community — grew, so, too, did the entertainment offerings at each of the resorts. Indeed, the Borscht Belt also became known for incubating a huge number of comedians and artists: Rodney Dangerfield, Sid Caesar, Billy Crystal, and Joan Rivers are among the performers who cut their teeth on the stages of the Borscht Belt’s many resorts. (There’s a reason the Catskills factor so prominently in the Amazon Prime show The Marvelous Mrs. Maisel.)

The Pines wasn’t always called the Pines, by the way; it didn’t gain that name until the mid-1940s. In the early 1930s, it was known as the Moneka Lodge — and before that, in the 1920s, it was the Daisy View Hotel. The Daisy View burned to the ground in 1930, however — the victim of a huge forest fire that blazed along Locker Road at the end of July — with the Moneka Lodge taking its place in 1931. Following the Moneka Lodge’s sale to Harry Cohen and May Schweid in 1946, it finally became the Pines — and the Pines it would stay until its closure in 1998.

Along with the Concord, Grossinger’s, Brown’s Hotel, Brickman’s, and the Raleigh, the Pines grew to be one of the most well-known resorts in the Catskills, offering 400 rooms, indoor and outdoor swimming pools, golfing, skiing, an ice-skating rink, dining, bars, dancing, cards, and more spread across 96 acres of land. Updates occurred fairly frequently, with many of the property’s notable amenities and facilities — the outdoor swimming pool with its distinctive bridge, the Persian Room nightclub, the Wedgwood Room lounge, and numerous additional guest room wings — being built between 1949 and 1965.

As Dr. Phil Brown put it to Hudson Valley Magazine, resorts like the Pines “were pioneers of the all-inclusive vacation”: You could access everything you could possibly want, from food and drinks to activity to child care, without every leaving the property. And Brown would know — he’s not just a professor of sociology and health sciences at Northeastern University, or just the director of the Catskills Institute, which is dedicated to preserving the history of the Catskill resorts and highlighting their significance with regards to the Jewish-American experience in particular. He’s also the offspring of the Browns who owned and managed Brown’s Hotel; he grew up around the hotel and later worked there with his family.

By the 1970s, though, tourism to the area had begun to decline, and over the next several decades, resort after resort would fail. The New York Times’ coverage of the 1998 closing of the Concord reads like an obituary for the entire area: It notes not only that the Concord, Grossinger’s, and the Pines all closed that year, but also that five other prominent Catskills hotels — the Flagler, the Brickman, the Windsor, the Gilberts, and the Nemersons — had closed long ago, in the early ‘70s. The area’s resort days were on their last legs; and today, few hotels remain. (The Raleigh is the most notable of the bunch; after closing briefly following its longtime owner’s death in 2004, it reopened in 2005 and remains in operation today.)

But the memories? Those have stuck around. In fact, numerous Facebook groups, websites, books, photo albums, and videos are dedicated to preserving these memories — both of the Pines specifically and of the Catskills’ resort era more generally. Photographs of the Pines in its prime and now can be found spread across the internet, offering both a look into its past and a view of its present. We don’t know what its future will look like yet; only time will tell. But it’s still there, for now, reminding us of all that came before.