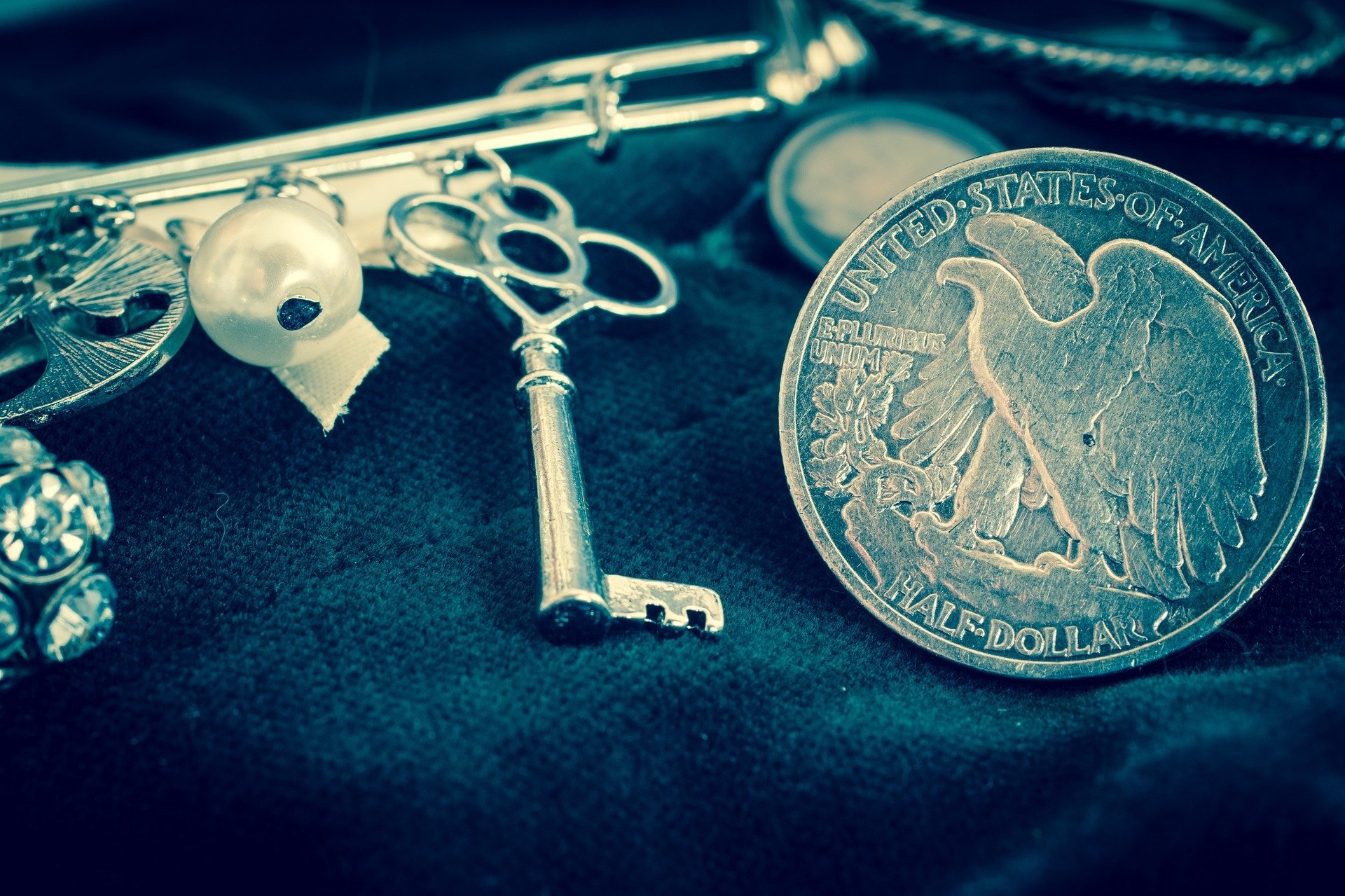 Per Redditor u/ViciousKrimson, who posted this game to r/ThreeKings back in 2015, the Greedy Baron Game, also known as the Game of Greed, has seemingly existed for some time; u/ViciousKrimson noted that the person they learned the game from had “heard the bare-bones process and its background story from a tour guide” a few years prior. They were surprised to find that it didn’t seem to have been posted elsewhere on the internet yet, though, so they took it upon themself to do so. It’s been reposted, reinterpreted, and translated a few times since then, and, well… here we are.

There are a lot of holes in the game as written on Reddit (I’ve tried to fill in some of the gaps here), but the basic outline of it is similar to that of The Wall — you’re attempting to gather a number of specific items up before your invisible opponent does. In this case, the items are coins or other small objects of monetary value, and the opponent is a sort of supernatural robber baron.

Historically, the term “robber baron” referred first to feudal landowners along the Rhine during the era of the Holy Roman Empire who imposed unreasonably high taxes and tolls without having been authorized to do so by anyone higher up the food chain — that is, they got super rich doing all sorts of illegal and unethical things. As the Motley Fool put it, “It is a term that combines the criminality of robbery with the low-level (and often seen as illegitimate) aristocratic title of baron.” In England, a similar sort of lawlessness occurred during the period known as The Anarchy — and in the United States, many industrial magnates of the 19th century earned the moniker for the way they exploited loopholes and used unethical business practices to amass great wealth.

It’s not totally clear which of these robber barons the titular Greedy Baron might be; heck, there’s no guarantee he’s any of them. He does, however, display the traits historically associated with all sorts of robber barons, so it’s safe to say that regardless, he shouldn’t be trifled with.

One of the more curious conditions for this game, by the way, is that it requires the front door to your home to be open for the duration of the whole thing. As such, you might want to take your location into account when deciding whether or not to play; whether the area experiences weather extremes, if it’s generally advisable to keep your door shut and locked at night, etc. might affect your decision to play.

Of course, it’s always safer not to play.

But if you must… play at your own risk.

It is additionally recommended that players performing this game in their home do not cohabit with anyone else, although the game may still be played in households of more than one person. Should the game be played in a multi-person household, those NOT playing must stay out of the entryway or first room of the home for the duration of the game. Bystanders MAY NOT observe the proceedings.

Concerning the objects of monetary value:

Concerning the symbols of scarcity:

Concerning the objects of visible wealth:

The goal of the game is to collect all the coins in the bowl of water and deposit them into your second container before the Baron collects any. If you have with fewer coins in your container at the conclusion of the game than there were in the bowl of water at the start, the Baron has managed to snatch one or more coins for himself. He will be sneaky about it; you won’t even know it’s happening until it’s already done. There are no failsafes to prevent him from doing so.

The optimal outcome, of course, sees the player collecting all of the coins, with all of the symbols of scarcity remaining undisturbed. Should this outcome be achieved, the player wins all. Interestingly, though, in the event that the optimal outcome is not achieved, some players believe that it is better to lose outright — that is, to allow the Baron to collect all the coins — than it is to miss just one or two coins. Should this outcome occur, it is likely that the Baron will attempt to goad the player into another round so as to give himself the chance to gather up the remaining coins. This might not seem so terrible, but the Baron can be… very persistent.

Should any of the symbols of scarcity be disturbed, stay vigilant over the following days and weeks. Even if you cleansed the space following the disturbance or disappearance of any of these items, there’s no guarantee that you got to it quickly enough — and if you dawdled too long, the Baron might just help himself to anything he feels entitled to.

Do NOT enact the Ending The Game procedure unless EITHER the coins have all been collected from the water OR one or more of the conditions listed in Playing The Game, Step 1 have occurred.

Cheating behaviors include, but are not limited to: Using a container that is not actually empty as your “empty” container; picking up more than one coin at a time; putting more than one hand in the bowl of water at a time; filling the bowl with salt water; deploying salt at any point in the game other than while Making The Preparations; hiding one hand behind your back or in your pocket; attempting to engage the Baron in conversation; and/or tampering with the coins in any way, shape, or form.

Should you cheat… well, let’s just say that if you were to suddenly find all of your belongings to have completely vanished?