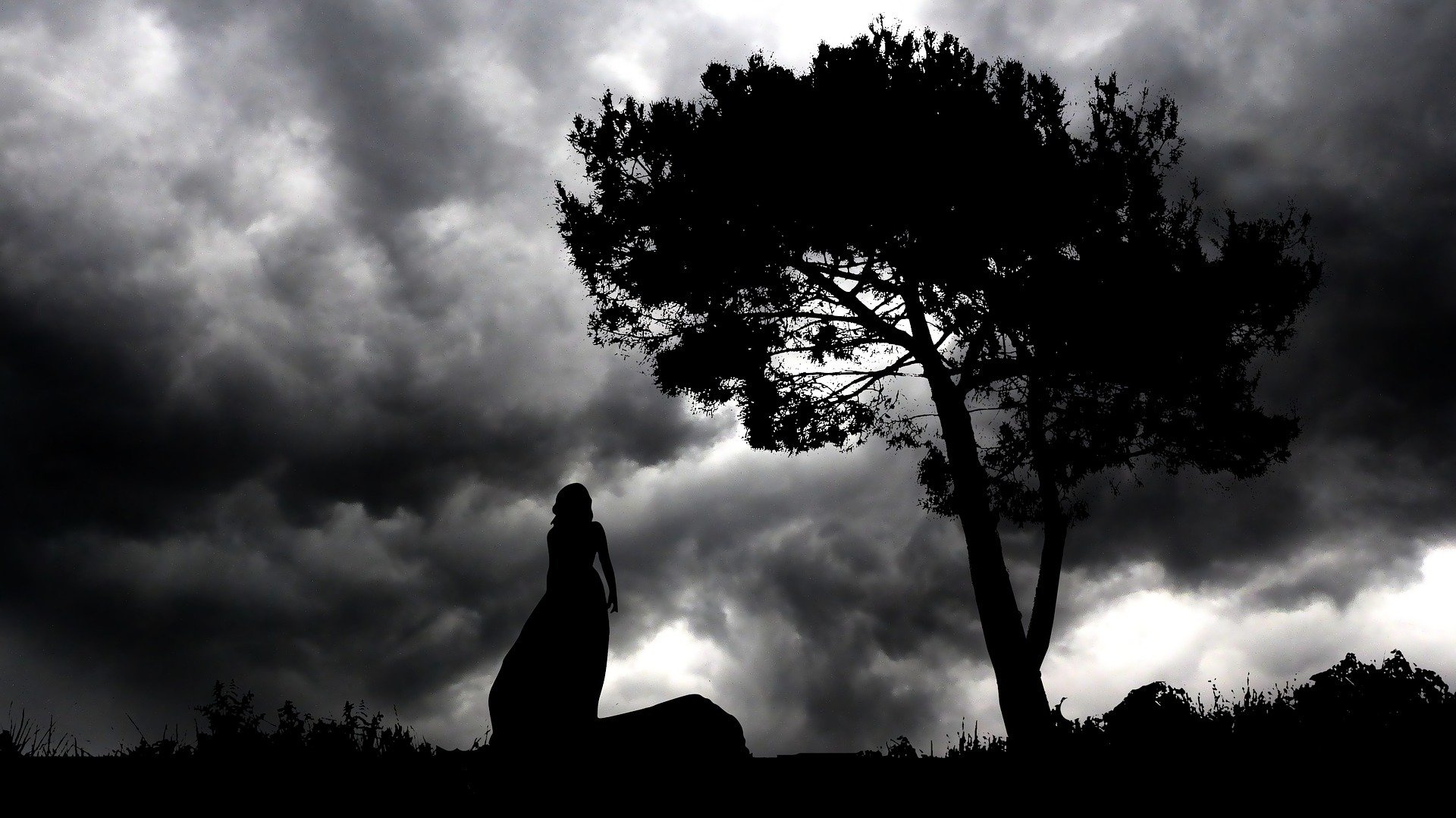 Period/location of origin: Unknown, Latin America. Subject’s roots run so deeply that it is difficult to pinpoint precisely when subject first appeared; according to some reports, she may have originated circa 1500, although according to others, she may be pre-Hispanic. Mexico is most frequently cited as subject’s country of origin, but subject also appears in the culture and traditions of a wide number of other Latin American countries, including but not limited to Nicaragua, Belize, and Puerto Rico.

Appearance: Subject appears to be a tall, thin woman with long, dark hair. Typically, she is dressed in a white dress — one which is torn and tattered, and out of sync with present-day styles. However, she may occasionally be seen wearing black. Subject’s face may be difficult to see — it may either be shrouded in shadows or simply covered by her long hair — but should it be glimpsed, subject will be seen to wear an expression of deep, profound anguish.

She may appear to be wet, as if she had just arisen from a body of water. But she leaves no footsteps in her wake, either wet or dry.

She may be young and beautiful, with fine, delicate features and the sorrowful radiance that can only result from extreme grief.

She may be old and haggard, with harsh, ruined features and the terrible ferocity that can only result from extreme grief.

Modus operandi: Subject targets children — always under the age of 18, but frequently much younger — who have been left unsupervised, either due to neglectful parents or rebellious offspring. Once a target has been selected, subject may either kidnap or kill them. In the event of a kidnapping, target is never seen again; in the event of a killing, the remains of target may be found several days later, often — although not always — drowned. If target has not been drowned, they may have been killed with a dagger or small knife.

Sometimes, subject is said to target young men, whom she seduces and then kills. This activity is somewhat rarer than the first; reports more commonly cite her targets as children. However, enough reports exist of this secondary activity that it should not be ruled out as a possibility.

Initially, it was believed that subject preferred secluded, rural areas near bodies of water, such as rivers, lakes, streams, and creeks; however, over time, subject has expanded her reach to include areas near streets, railroad tracks, and other elements common in urban landscapes.

Subject strikes most commonly at night. However, this does not mean that subject never strikes during the day.

Note, though, that there is no guarantee that these strategies will work.

Subject has, after all, occasionally been spotted already inside a target’s home.

Additional notes: A variety of different stories claim to account for subject’s origins.

Most commonly, subject is said to have been a beautiful young woman who fell in love with an equally beautiful young man and bore him several children. (The number varies by report.) However, the young man had no interest in being a father and became less and less engaged in the young mother’s and the children’s lives. One day, he rode up to their home in a carriage with another woman in the seat beside him, spent a brief amount of time with the children, and rode off, intending to marry the other woman. The young mother, desperate to win back her love, drowned her children in a nearby river and went to him to tell him what she’d done — to tell him that they could be together now. But he rejected her — and it was then that the full weight of what she had done settled upon her shoulders. She threw herself in the river soon after, but her soul still wanders the banks at night.

Other variations state that the young woman was of a lower socio-economic class than the young man, and that he left her for a woman from a much wealthier family. According to still other versions, the young woman was indigenous, while the young man was a European colonizer, content to take what he wanted from the indigenous population, but never intending to marry anyone other than a fellow (likely white or fair) European.

The historical figure of La Malinche has also been cited as a point of origin for subject. Born in either late the 15th early 16th century, La Malinche was an indigenous woman of the Nahua people who was a victim of human trafficking and “gifted” to colonizing Spaniards by the people of Tabasco in 1519. She served as a translator for conquistador Hernan Cortes, as well as bearing a son by him. Upon the 1522 arrival of Cortes’ wife, Catalina Suares, in what the Spaniards had dubbed “New Spain,” Cortes arranged for La Malinche to marry Juan Jaramillo, another conquistador, with whom she later had a daughter.

It is sometimes believed that — either upon the arrival of Catalina Suares or Cortes’ second wedding — La Malinche, termed a traitor by the indigenous peoples of the area, wanted desperately to marry Cortes herself. When he rebuffed her, it is said, she killed the children she had borne him in revenge. However, there is no evidence that this scenario ever occurred; indeed, the son they had together, Martin Cortes, outlived La Malinche by many decades.

Two Aztec goddesses have also been linked with subject: Ciuocoatl (the Snake-woman) and Chalchiuhtlicue (the Jade-skirted one). The former has been described as an evil omen—sometimes of war — who wears white and wanders, weeping and wailing, at night. The latter has been described as a goddess of water, overturning boats, drowning people, and demanding the sacrifice of children.

Reports from the municipality of Lajas in Puerto Rico in the early 2000s asserted that subject had died in a car crash on a local bridge in the 1990s. Subject weeps either because her children died with her and their souls have been lost, or because subject herself was a child and has lost her parents. However, it should be noted that a group of people were found to have hoaxed “evidence” claiming to support these reports sometime in the early 2010s. It is unknown whether these “reports” were created specifically for the hoax, or whether the hoax was intended to capitalized off an already-extant local story.

Subject’s targeting of other people’s children may be due to one or more possible scenarios. According to some reports, typically from Catholic communities, subject was turned away from the gates of Heaven after her death and will only be permitted to enter when her family is complete again. She therefore seeks out children, either because she mistakenly believes them to be her own lost offspring, or because she hopes these other children will be acceptable substitutes for her own. According to others, her wandering is a sort of cosmic punishment; she is doomed to search forever for her children, never finding them, and finding out only too late that the children she has target are not her own.

But according to yet other reports, subject’s motivations are much more malevolent. These reports claim that subject targets, kidnaps, and/or kills children so that other parents suffer just as much as she did: If she cannot be a mother, no one can.

In the case of the car crash story, subject may either target children out of grief due to having lost her own, or — if subject is a child — in order to build a collection of friends to play with.

Subject may also be connected to several other entities, including La Cegua, Xtabay, and La Siguanaba.

Recommendation: Don’t go out at night.

Don’t go near the river.

And if you have children, don’t let them out of your sight.

The Role of the Internet in the Endurance of “La Llorona” as a Liminal Archetypal Monster in Modern Latin American Society.

La Llorona as a Social Symbol.

The Wailing Woman: The Evolving Legend Of La Llorona.

The Legend Of La Llorona: The “Weeping Woman” Of Your Nightmares.