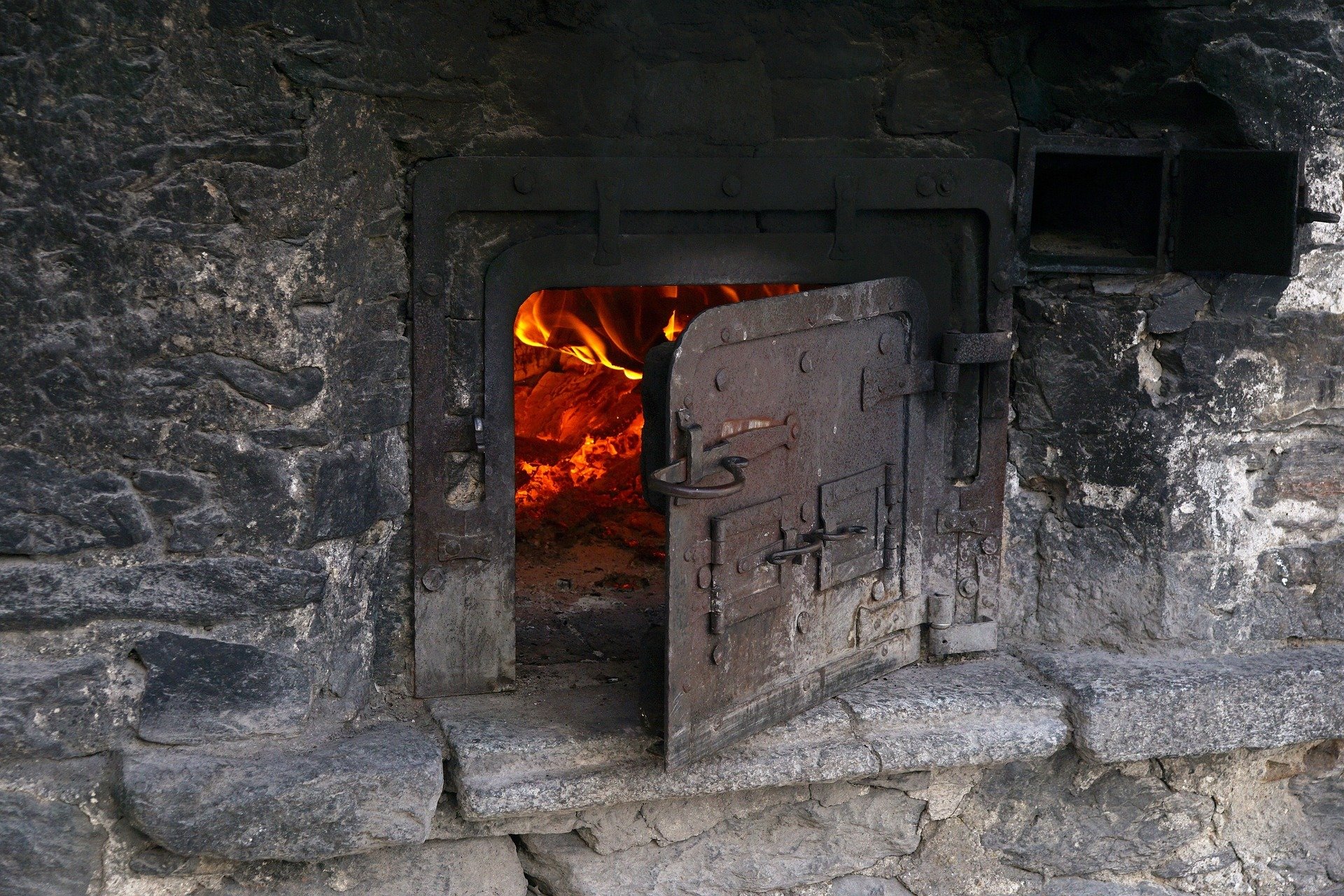 Today’s Wikipedia Tale of Terror might be a familiar one to you. It’s about Bridget Cleary — a young Irish woman who met a terrible fate at the hands of her husband in the late 19th century.

It’s not a pretty story. But there’s a lot to unpack, if you’re feeling up to it.

In 1895, 26-year-old Bridget Cleary lived in County Tipperary, Ireland. Born a Boland, she had become a Cleary when she married her husband, Michael, in 1887; eight years on, though, the couple had no children — and even more unusually for the time, Bridget was financially independent. Her husband worked, of course; he was a cooper. But Bridget had useful and valuable skills, too: She was a seamstress and a milliner, and had access to a sewing machine, thus enabling her to earn her own money just as well as Michael earned his. She had a pair of gold earrings she liked to wear, but she also kept a can in the house into which her savings went. She was beautiful, virtuous, and respectable, according to those who knew her — although she was also sometimes described as “a bit queer.”

But in March of that year, Bridget grew sick. The official verdict was bronchitis, which was one of the leading causes of death in Europe in the 19th century — though Michael Cleary wasn’t convinced that a bronchial illness had stricken his wife.

He didn’t even think the creature lying sick in their bed was his wife at all. She was a fairy, he said — a changeling, swapped in for his Bridget after she had been spirited away.

And then, without warning, Bridget disappeared. For several days, she was nowhere to be seen — and on March 22, her body was found in a shallow grave in a field near her home, wrapped in a sheet and badly burned.

Michael Cleary, it seemed, had been so certain his wife was not his wife that he killed her, trying to get her to admit to what he believed to be her true nature.

Michael didn’t work alone; nine people in total were arrested in connection with Bridget’s death. Legal hearings began on April 1 and continued through April 6, with a full trial beginning on July 3. The story that unfolded during the trial was nothing short of horrifying. The facts are these:

On March 4, Bridget had walked from the Cleary’s home in Ballyvadlea to Kylenagranagh to run an errand — a trip that would have taken her past a fairy fort — and felt headache-y upon returning home. She took to her bed on March 5, but the physician didn’t examine her until March 3. The priest visited as well, performing the Last Rites as a precaution should Bridget’s condition take a turn for the worse. And later that night, the first of what can only be described as torture sessions took place, with Michael Cleary and a number of accomplices pushing herbs on Bridget meant to ward against fairies and threatening to burn her with a hot poker if she didn’t comply. A second such session occurred on March 14, with both Michael and Bridget’s father, Patrick Boland, questioning her three times about whether she really is who she appears to be; they and several others pushed more herbs on her, threw urine on her, and threatened again to burn her. And on March 15, a third session occurred — but after this one, Bridget ended up dead.

On July 5, Michael Cleary was found guilty of manslaughter and sentenced to 20 years in prison. Six accomplices— Patrick Kennedy, John Dunne, William Kennedy, James Kennedy, Patrick Bolen, and Michael Kennedy — were also found guilty and sentenced to anywhere between six month and five years. Cleary served only 15 years of his sentence, and emigrated to Montreal shortly after his release.

Bridget is buried near Cloneen Old Graveyard in Fethard, County Tipperary. Her plot lies outside the cemetery walls; four small stones, low to the ground, but noticeable if you look for them, mark the site, which lies between one wall and a large crucifix mounted nearby.

Her legacy is a nursery rhyme:

“Are you a witch, or are you a fairy?”, the children chant.

“Or are you the wife of Michael Cleary?”

“The Bizarre Death Of Bridget Cleary, The Irish ‘Fairy Wife,’” by Maria J. Perez Cuervo. Over at Mental Floss, a solid intro to the case with a comfortable level of detail. Start here if you’re just hearing about Bridget Cleary now.

Both are academic works, which means the scholarship and research are second to none; however, it does also mean that the tone and style are of a specific variety, so if that’s not your jam, then they may not be to your taste. You can read Publishers Weekly’s review of Bourke’s book here, and Hoff and Yeates’ book here.

Five Years In Ireland, 1895 – 1900, by Michael J. McCarthy. Published in 1901, McCarthy’s work contains that gives us an account of what happened to Bridget Cleary from the time at which the events occurred. It describes what went on in the Cleary house from March 13 through March 15 — the night of Bridget’s death — and the trial that ensued after the arrests. Library Ireland has reproduced this section on its website, providing a useful primary source. The descriptions of the three torture sessions are quite detailed, so consider yourselves warned.

“Fire, Fairies, and Folklore: The Murder of Bridget Cleary” at Historian Hut. Another clear, accessible summation of the case. I point to this one because of the inclusion of many photographs; from the National Archives of Ireland, they show the Cleary home, the bed Bridget was confined to while ill, the site on which her remains were found, and Michael Cleary both before and after the serving of his prison sentence.

“Not Witches, But Fairies” and “A Witch Burner Sentenced” from the New York Times. Two news reports from the New York Times covering the trial that ensued following Michael Cleary and company’s arrests — showing how widespread interest in the case was at the time. The first piece, published at the end of April 1895, is of particular note to me; it reports that coverage of the case in England held Bridget was suspected of being a witch — even though that wasn’t actually what Michael thought. It dives cursorily into fairy folklore as a means of clearing the air. The second report details Michael’s sentencing in July 1895.

Bridget Boland Cleary at Find A Grave. Information on Bridget’s grave site, including a photograph. She’s buried next to her mother.

“True Fairy Stories? 19th Century Irish Fairylore,” by Simon Young. An in-depth, well-researched overview of fairy beliefs in Ireland at the time of Bridget’s death. It spends a good deal of time on fairy kidnapping — what Michael believed had happened to his wife. A relevant excerpt:

“Fairies earmarked certain humans for capture. Typically, these humans were attractive babies or infants (who would grow up to serve the fairy hosts); young women, particularly those who had just given birth (who would nurse fairy babies); and young men, particularly those who were good at playing the pipes. When the fairies had decided on a human victim, they would launch an attack. The fairy hosts had to do two things. First, they had to kidnap their mark, getting around any protective objects that had been set against them. … Second, they had to leave behind a false human so that the family would not realize their loss, or at least not immediately. For this false human they could either magic an elderly member of their own community into the shape of their victim; or, they could transform a simple object, particularly a broom, into the shape of a human corpse.”

The fact that Bridget was sick played directly into these beliefs; changelings were said to be sickly because they had been old and weak Fae themselves. Check out pages five through eight for lots of specific discussion about fairy-human kidnapping.

“The Burning Of Bridget Cleary: Psychiatric Aspects Of A Tragic Tale,” by H. O’Connell and P. G. Doyle. Published in the July 2006 volume of the Irish Journal of Medical Science, this paper offers an interesting theory about Michael Cleary: That he was influenced by Capgras syndrome — a psychiatric disorder in which patients become convinced that important people in their lives have been replaced by identical imposters.

The first documented instance of Capgras syndrome didn’t occur until 1923 — the syndrome was named for French psychiatrist Joseph Capgras, who with fellow psychiatrist Jean Reboul-Lachaux recorded the case of a 53-year-old woman who believed not only that her family and domestic employees had been swapped out for doubles, but also that she herself was being doubled in an effort to steal her identity — but that doesn’t mean that it didn’t exist before then. We’ll probably — almost certainly — never know if Michael Cleary was suffering from the syndrome, but if he did, his case would predate the one Capgras and Reboul-Lachaux documented.

O’Connell and Doyle also suggest a theory that accounts for why so many people were willing to go along with Michael’s belief and actions: They may have been influenced by folie à plusiers — the same shared disorder that may have played into the Papin sisters’ murder of their employers in 1933 (folie à deux is known as folie à plusiers when it involves three or more people). In this case, Michael would be the dominant participant.

Capgras Syndrome at Healthline. An overview of Capgras syndrome — symptoms, treatment, and how to care for someone with it. It’s often associated with Alzheimer’s, dementia, schizophrenia, and, in rare cases, brain injury.

Lore podcast episode 11  and Lore TV season one, episode three: “Black Stockings.” One of Lore’s earliest podcast episodes focused on the Bridget Cleary case. Released in June of 2015, it’s an engrossing, half-hour retelling of the history with a particular focus on folkloric beliefs. This episode was later adapted into the third episode of the Lore Amazon Prime show’s first season, which dropped in October of 2017. Bridget is played by Holland Roden; Michael by Cathal Pendred; and Patrick Boland, Bridget’s father, by John Byner. You can also watch a short, behind-the-scenes video about the Amazon Prime show episode on YouTube.

Porcelain by Margaret Perry. This play had its debut at the Abbey Theatre — Ireland’s national theatre — in 2018. Through the parallel stories of two women — Bridget Cleary in Tipperary in 1895 and Hat in London in the present — it examines issues of identity, cultural and societal expectations, and what happens when we break those expectations. It received mixed reviews, but I think the contrast between the past and the present is interesting; Irish literature is often heavily steeped in the country’s tumultuous history, and contemporary works frequently call back to the past. The Samuel French edition of the script is available to buy on Amazon.

Burning Bridget Cleary on Spotify.Formed in Pennsylvania by Celtic fiddlers Rose Baldino and Genevieve Gillespie when the pair were just teenagers, Burning Bridget Cleary offers new takes on classic Celtic themes. The 10th and final track on their 2006 album Catharsis is an instrumental also called “Burning Bridget Cleary”; additionally, they tell Bridget’s story in “Ah Tusa Shi/Killavil Jig,” recorded for the 2008 album Everything Is Alright. The went on indefinite hiatus in 2017, unfortunately, so new music is unlikely to be forthcoming; you can listen to their 2006-2017 catalog on Spotify, though.