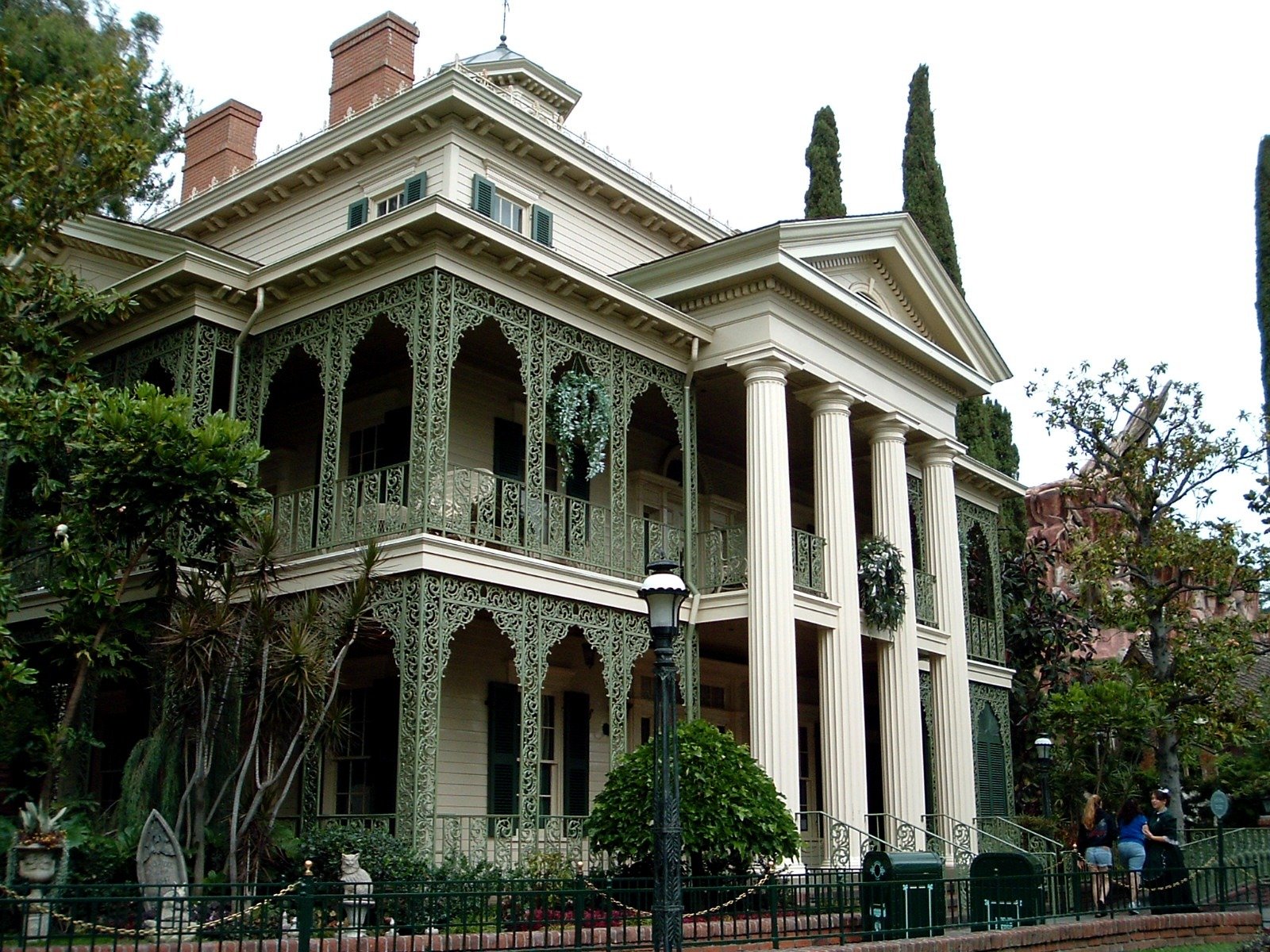 Published at Creepypasta.org in 2014 by David King writing under the name CrackedMack, “Grad Night At The Haunted Mansion” is, I feel, one of the more underrated Disney-based creepypastas out there. It’s spooky; the pacing is solid; it hits all the right nostalgia buttons, particularly for folks who are already Disney park enthusiasts (hi there); and — most notably (for me, at least) — it’s quite believable.

One of creepypasta’s core tenets as a genre is believability: Like more traditional urban legends, the tales are meant to sound like things that either did or could actually happen. As such, nothing kills a creepypasta story like inaccurate details… and there are a lot of creepypasta stories out there that are loaded with inaccuracies.  Now, I don’t ascribe to the viewpoint that writers should only write what they know (as Jane Espenson once put it, if we did that, no one would ever get to write about spaceships), but I do think writers generally need to be able to write accurately about things that actually exist in the world. This is why I’m not as fond of the relatively well-known creepypasta “The Strangers” as many others are: It’s set in New York, where the narrator says he lived — but if you’ve ever actually lived in New York yourself (I did for 10 years), you’ll find yourself thinking a lot of thoughts like, “That’s… not at all how the New York subway works.” Inaccuracies like this take you out of the story in a major way, which kills the believability of the story dead.

My point is this: If you either don’t already have the knowledge or expertise on a certain subject or don’t bother to do the research to gain the knowledge that would allow you to write about that subject accurately, then you end up with a lazy and ineffectual story that lacks the believability a good creepypasta should have. If you do already have that expertise or you do your research, though, the effectiveness of your story will grow exponentially — and as the YouTube channel Offhand Disney pointed out in the 2018 video “The TRUTH Behind Disney Creepypasta,” “Grad Night At The Haunted Mansion” nails it on the accuracy front.

For the curious: The Haunted Mansion’s Hatbox Ghost is less of a mysterious figure now than he was at the time “Grad Night At The Haunted Mansion” was published; in 2015, an updated version of the character was put back into Disneyland’s version of the ride, where he remains to this day. (He’s in the attic scene.) But for many years, rumors swirled around this strange character and what exactly had happened to him. He was part of the Haunted Mansion when the ride first opened in 1969, you see; he was quickly removed, however — as were all traces that he had ever existed at all. Only a handful of hard-to-come-by photographs prove that the Hatbox Ghost once resided within the Mansion. The official — and, I believe, true — line on the character’s removal is that the special effects that made him run never quite worked properly; it’s weird, though, that his existence was basically scrubbed from the record, and weirder still that after he was removed, his animatronic was never seen again.

That’s where “Grad Night At The Haunted Mansion” comes in. Check out a brief excerpt of the story here, and head on over to Creepypasta.org for the full tale.

Oh, and a word of advice: Don’t try to sneak onto any rides after the park closes down. Ever.

On June 4th, 1983, my high school was one of many that took us to Disneyland for Grad Night. If you’ve ever been to Disneyland on Grad Night, you know how much fun – and how crazy – it can be. The park stays open extra late, the skippers who drive the Jungle Cruise boats let loose and tell dirty jokes, and there’s plenty of opportunities for people to sneak booze and weed in. Getting a bunch of amped high schoolers in Disneyland is one thing, but with a nightlife and party atmosphere behind it, things can get pretty nuts.

My two friends and I, Anaheim locals, were particularly excited. We all loved Disneyland, and while we didn’t get to visit often, living practically in the park’s backyard gave us more opportunities than most. In addition, we hadn’t been since the new Fantasyland opened earlier that year, going from a sort of Medieval fairground into a storybook village, so I was kind of looking forward to that. Unlike a lot of people who were there, we intended to keep things clean and have a grand old time of it, hit as many rides as possible, and just revel.

But the big plan for the night was kind of ambitious and maybe a little reckless – to this day, I can’t remember who suggested it first, only that we all thought it was a great idea. We had already gotten into the park and gone on a number of rides when it was brought up, while we were sitting on a bench in Frontierland eating churros. From where we sat, we could look across the Rivers of America to Tom Sawyer Island, and past that where the river curved to New Orleans Square. Poking above the trees was the cupola of the Haunted Mansion, with its clipper ship weather-vane. The sun had just gone down, and the sky was awash with dull orange and purple clouds, most of which seemed to loom behind the cupola. I pointed out how perfect and spooky the whole thing looked, and that got us talking about it. The mansion was a collective favorite, and being dumb kids, we agreed to do a little exploring: to effectively “spend the night” in the Haunted Mansion.

[Photo via Solar Surfer/Wikimedia Commons, released by the creator into the public domain.]