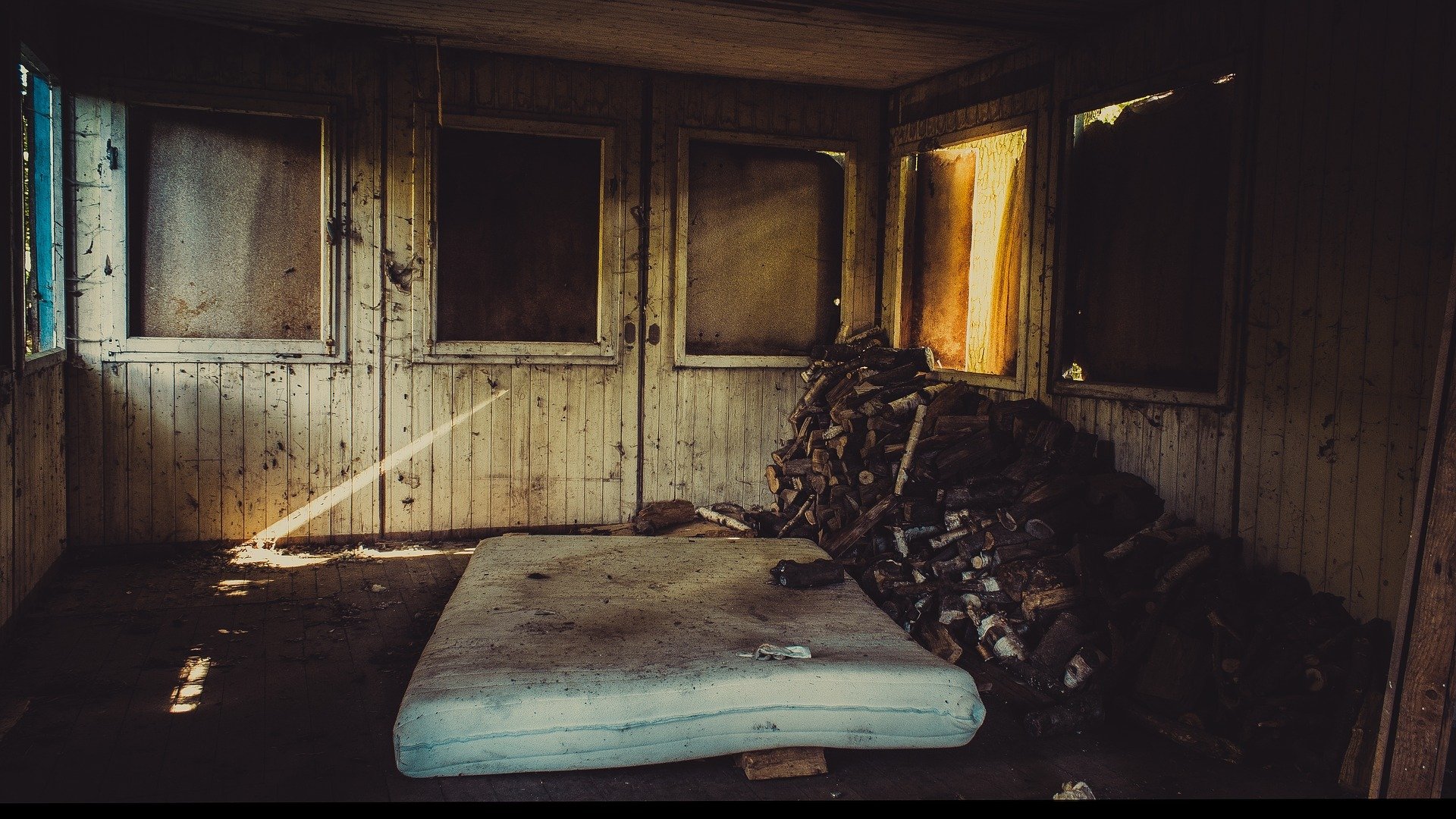 Guess what? It turns out that there’s a technical term for the act of killing someone during a sleepwalking episode. It’s called homicidal sleepwalking, and the creepy Wikipedia page about it has quite the overview on the most notable alleged cases of it throughout history. Just, y’know, in case the fact that we willingly spend a good portion of our time unconscious and unaware of what we’re doing wasn’t already freaky enough.

To be fair, it’s not a common occurrence; only about 68 cases have been tracked in the literature, according to the BBC, which isn’t many in the grand scheme of things. The Wikipedia page has some brief discussion for 13 of them, but there’s plenty more to find if you go looking.

Sleepwalking is caused by a sort of glitch during the sleep cycle: It happens when the brain tries to go right from non-REM slow wave sleep, or SWS (that is, very deep sleep), directly to a waking state — without passing through any of the other phases in between. This results in the brain getting sort of “stuck,” as the Wiki page puts it, somewhere between a state of being asleep and being awake.

Of course, exactly why some people then try to kill other people while they’re in this state remains a mystery; we just don’t know what makes the difference yet — and the possibility that we might do something terrible for seemingly no reason is what makes the idea of homicidal sleepwalking so scary.

I mean, yes, obviously sleep is a necessity for our good health; indeed, prolonged lack of sleep will ultimately result in death (see also: The creepy Wikipedia page about fatal familial insomnia). But I think homicidal sleepwalking — and sleepwalking in general — taps into a fear that our bodies might occasionally act without our consent. The lack of control is terrifying.

For the curious, though, here are a few suggested resources for learning more:

“The Science Of Sleepwalking” on Smithsonian.com. A brief overview of what we do — and don’t — know about sleepwalking from a scientific standpoint. The 2012 study that serves as the news peg for this piece found that sleepwalking correlates with quite a large number of mental disorders, including depression, alcoholism, and OCD.

“Prevalence And Comorbidity Of Nocturnal Wandering In The US Adult General Population” in Neurology. The 2012 study mentioned above.

“What Happens If You Commit A Murder While Asleep?” by Zackery Crockett. A fairly in-depth overview of what we know about homicidal sleepwalking. If you only read one piece from this list of recommended reading, make it this one.

Sword And Scale: “The Case Of The Homicidal Sleepwalker.”  EDIT: I no longer support Sword and Scale.

“When Can Killers Claim Sleepwalking As A Legal Defense?” by Jane E. Brody. This New York Times report is old — it’s from 1996 — but it’s an interesting investigation from both the legal and medical perspectives. The two angles really go hand in hand; also, it’s a reminder that context — especially the history of the alleged perpetrator — matters a lot when it comes to the legal rulings.

“While You Were Sleepwalking: Science and Neurobiology of Sleep Disorders & the Enigma of Legal Responsibility of Violence During Parasomnia” in Neuroethics. A more recent examination (from 2015) of the issues addressed by the Times. The conclusion in this case isn’t as lenient; wrote the researchers:

“Although a parasomniac’s complete lack of consciousness warrants acquittal from criminal liability, it does not exclude responsibility for subjecting oneself to exacerbating factors that result in these violent parasomnias. Individuals should be held accountable if they could be expected to control these factors. In addition, they should undergo appropriate treatment and management in order to prevent future parasomnia behaviors.”

They also lay out “specific criteria… to distinguish between true and fraudulent claims of crimes committed during parasomniac states.” (And, to be fair, given that a previous study from 2004 found that  “courts apply the [sleepwalking] defense inconsistently under various doctrines of justification and excuse,” identifying this criteria is a matter of import.)

“Sleepwalking Killers — And What They Tell Us About Sleep” by Matthew J. Wolf-Meyer, Ph.D. An examination on Psychology Today of how the Parks case changed the way we think about sleep and sleepwalking. Also worth checking out: Wolf-Meyer’s book, The Slumbering Masses: Sleep, Medicine, And Modern American Life.

Spooky Bitches: “Here Are Those Extremely Weird Crimes You Ordered.” Do you subscribe to the Spooky Bitches newsletter? You should. I realize I am slightly biased, as it is written by a pair of delightfully macabre former coworkers of mine, but it’s good stuff. You can subscribe here.

Anyway, was literally drafting this piece when the “Here Are Those Extremely Weird Crimes You Ordered” edition of Spooky Bitches turned up in my inbox — and I literally laughed out loud when I discovered that Gabrielle Moss’ contribution to it was about cases of homicidal sleepwalking. Weirdest. Coincidence. EVER.

In any event, Moss lays out several notable cases of homicidal sleepwalking throughout history; the list includes the Parks case, but also stretches back as far as 1845 and carries forward through 2015.

Side Effects, dir. Steven Soderbergh. A 2013 drama starring Rooney Mara as a woman who seems to have killed her husband while sleepwalking as a side effect of an experimental medication she’s been taking to treat her depression. There’s more to it than meets the eye, though. It’s available to watch online as part of Amazon’s package with STARZ — or you can just rent it for about $4.

The Cabinet Of Dr. Caligari, dir. Robert Wiene. If you’ve studied film in any capacity, you’re probably already familiar with this silent film from 1920; it’s considered to be one of the quintessential works of German Expressionism. Ostensibly it’s about a hypnotist who gets away with murder by using a somnambulist as his means of committing them — although, as you might expect (particularly given the era out of which the film came), it’s about much more than that.

Roger Ebert argued that “a case can be made that Caligari was the first true horror film”; although, as Ebert noted, there were some precursors, they were all set in “a recognizable world.” The Cabinet Of Dr. Caligari, however, “creates a mindscape, a subjective psychological fantasy.” He concluded, “In this world, unspeakable horror becomes possible.”

It’s available to watch for free with an Amazon Prime subscription.